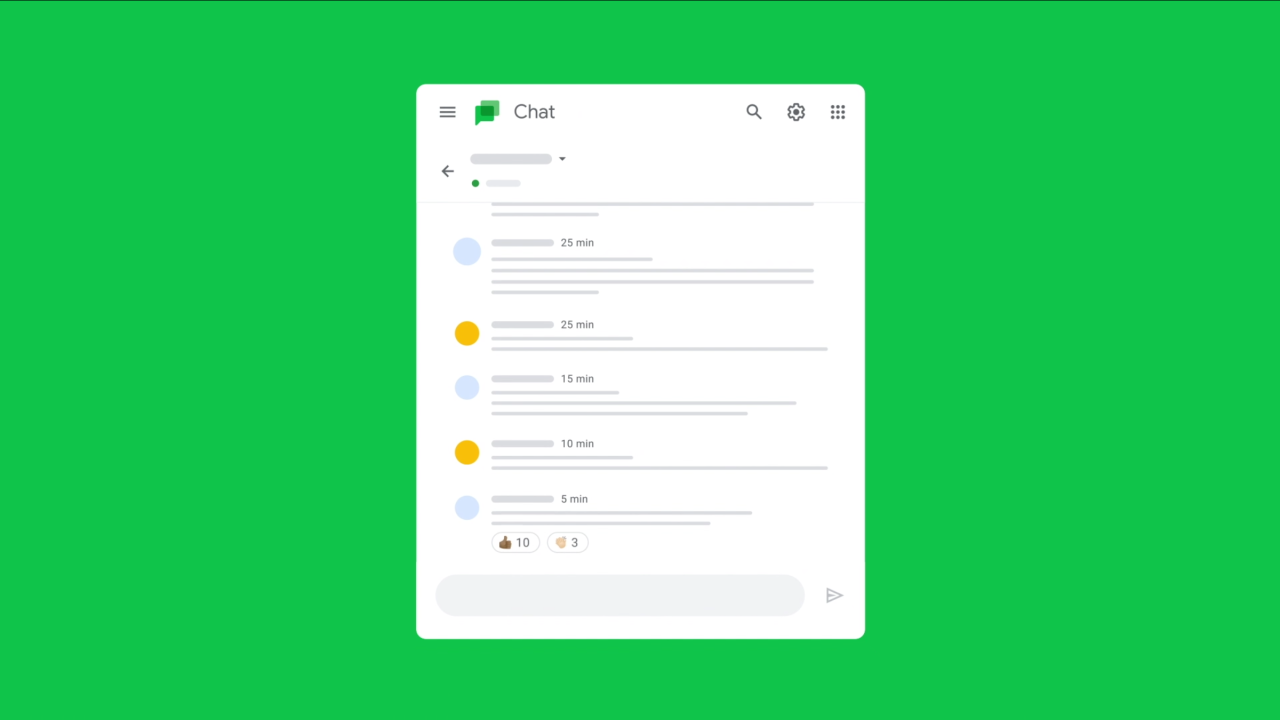 Next year, Google Chat will go free ahead of the eventual deprecation of classic Hangouts. The Google Workspace team today is highlighting upcoming changes that will begin to launch later this week.

The most significant addition is “compatibility with classic Hangouts.” Over the coming weeks, group Hangouts will appear in Google Chat. The migration will see conversations (and the people within them) show up first, while the actual message history will follow soon after.

At the same time, Google Chat’s 1:1 messages, updated group conversations, and unthreaded rooms will begin to appear in Hangouts for domains that still have the classic app enabled. This transfer of conversations and saved history from Hangouts is meant to ensure a “smooth transition” and preserve context.

These changes further ensure compatibility between classic Hangouts and Chat to make migrating your users as seamless as possible.

Meanwhile, Chat is adding some features to group conversations. New members, which can now be added, will be announced upon entry, and have access to the entire history. An alternative is “Start a new chat” where existing members are moved to a new thread wherein other people can be added. These new options will begin rolling out on December 3.

Note that these updated group conversations will also respect a different retention policy in Vault. If you set custom Chat retention rules in Google Vault, the scope of coverage will change. Rules set for “All Chat Spaces” (previously known as “All Rooms”) will apply to existing chat rooms, plus updated group messages and group messages that synchronize between Chat and Hangouts. Visit the Help Center for more details.