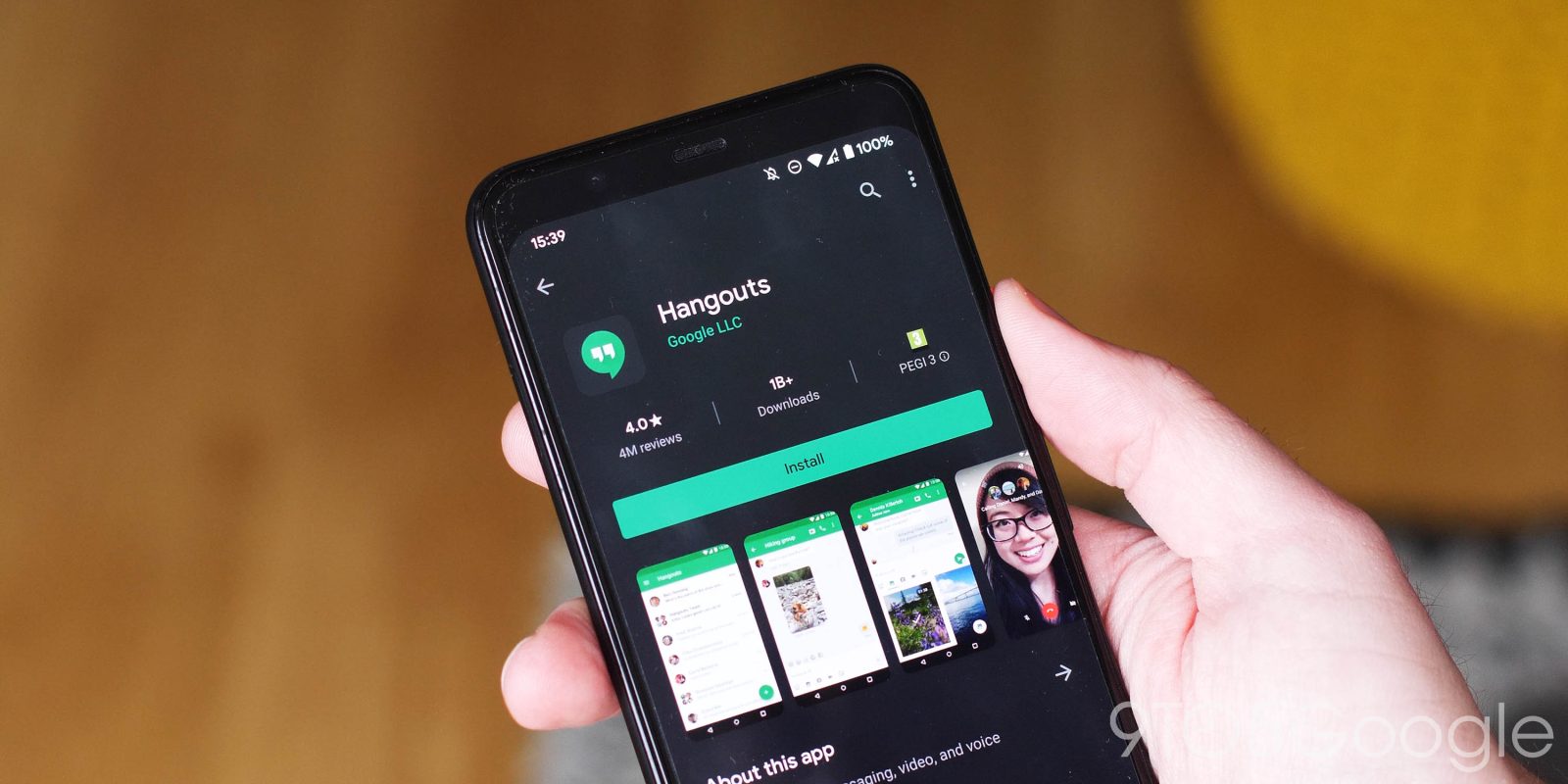 Back in October, Google announced that Chat was going free next year as part of the eventual deprecation of classic Hangouts. The company detailed several transitions related to this, including a change to group video calling that brings Meet into the existing Hangouts app.

At that time, Google confirmed to us that group video calling in classic Hangouts is going away in favor of Meet. A link is generated instead of the app automatically entering the call interface. Meanwhile, the ability to use Meet for one-to-one conversations is also available, but users can still leverage the old video calling system.

Google said this change was coming in November, and it’s now widely rolled out (via Android Police). Version 36.0 of Hangouts for Android and iOS adds the new Workspace-era Google Meet icon to the top-right corner of every conversation.

In 1:1 calls, tapping the button slides up a panel with three options:

When in group conversations, tapping the same button automatically inserts “Join me in a Meet video call. [link]” into the text field. Both parties can tap the URL to open the full Meet app or the Gmail experience. Users will benefit from the slew of features that Google has been adding to Meet in recent months.

This change comes as Google is winding down the classic Hangouts infrastructure. This Meet change is widely rolled out today, and follows the classic Hangouts migration to Messages for Google Fi customers. Meanwhile, Hangouts will stop ringing when you receive Google Voice calls.