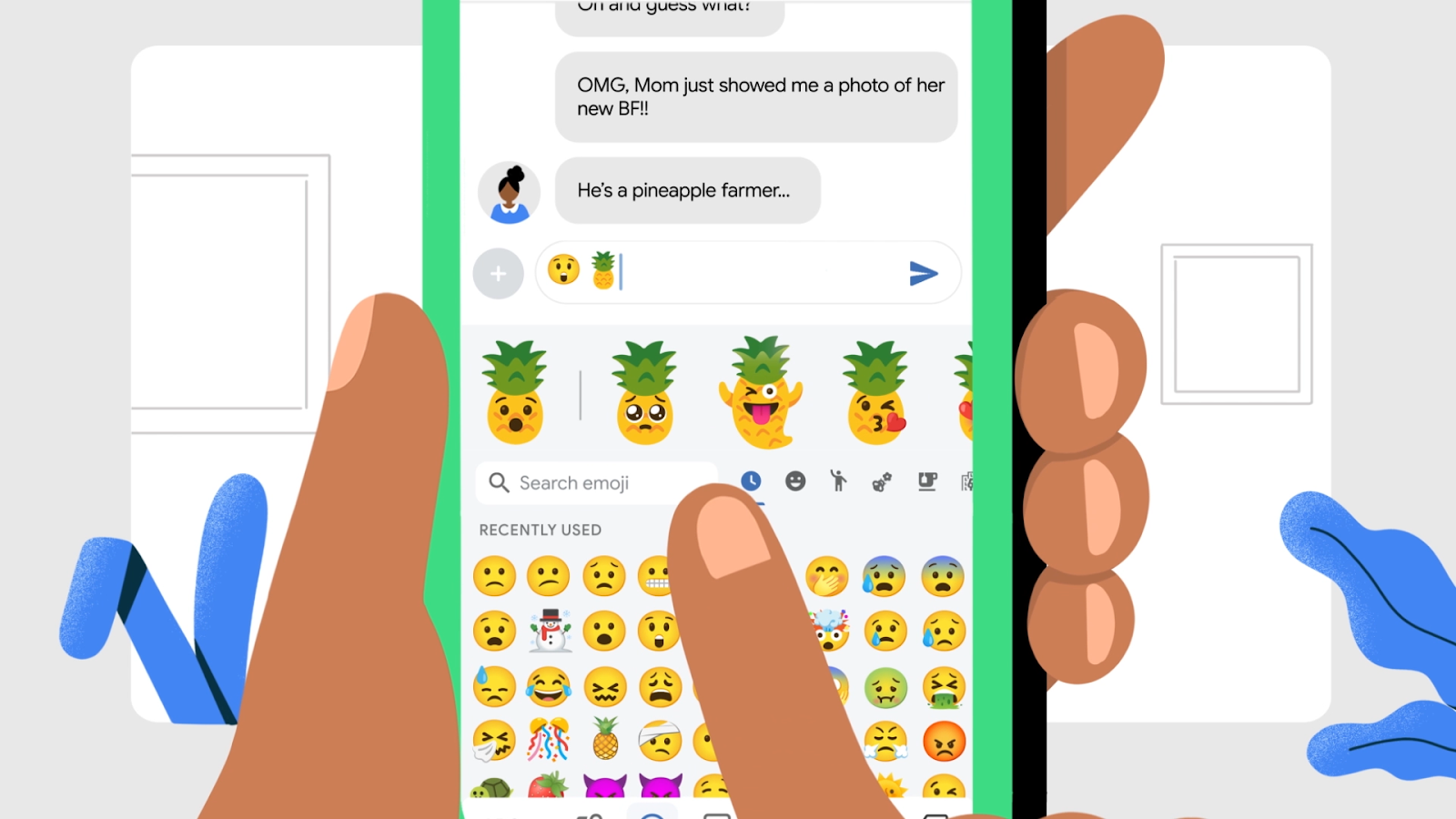 Earlier this year, Google began “cooking” up stickers in Gboard that mix emojis into wild combinations. Gboard’s “emoji kitchen” and its expanded collection of over 14,000 stickers is rolling out for all Android users.

The emoji kitchen first launched as a collection of a few hundred hand-crafted stickers that would pop up when you tap a particular emoji in Gboard Beta. As part of a collection of Android announcements, Google has announced that over the “coming weeks” the stable version of Gboard is getting the massively expanded emoji kitchen that arrived in Gboard beta back in October.

To get started with the expanded emoji kitchen, open up Gboard on Android 6.0 or newer and tap two emojis to cook up their combination. Or, you can tap the same emoji twice to craft a much more intense version of that expression. Whatever you choose, the results are typically wild, which accounts for the feature’s rapid popularity.

As you’d expect, some emojis work better as mixers than others, with Google showcasing that you can put a 2020 spin on almost any emoji by mixing it with the mask emoji. And of course, you can make almost anything instantly cooler by giving it sunglasses.

Gboard’s emoji kitchen can be used in almost any app that supports stickers, including Google Messages, Telegram, WhatsApp, Facebook Messenger, and more. However, while Gboard is indeed available on iOS, Google has not announced any plans to bring the kitchen full of stickers to iOS.