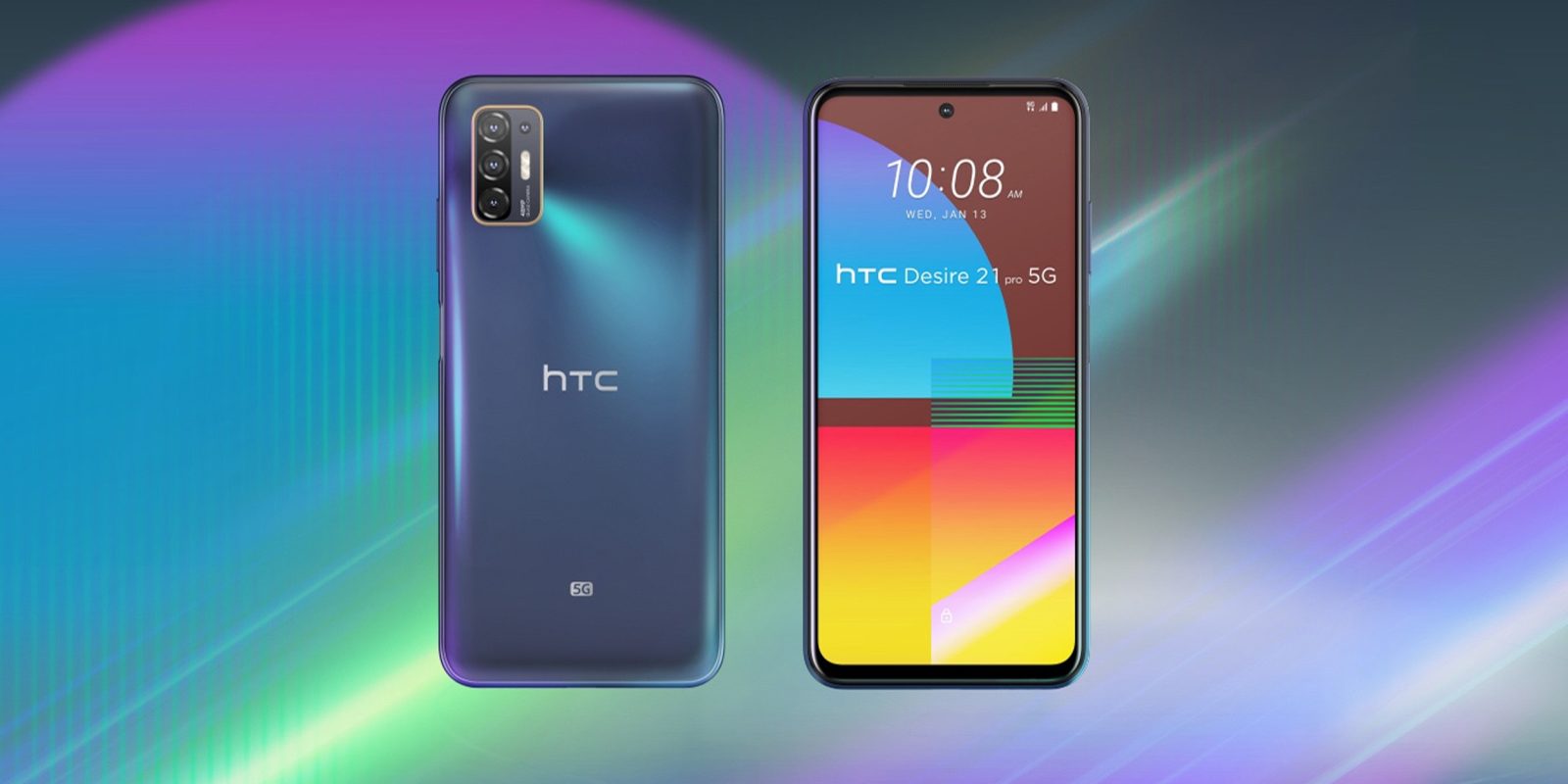 HTC has very quietly unveiled the Desire 21 Pro 5G, a lower mid-range device that offers superfast networking but might not spread beyond Taiwanese borders.

This device had leaked prior to being launched with absolutely zero fanfare, but it was unclear just when HTC would share more details. Given that the firm has effectively left the high-end smartphone space, a focus on the lower portion of the Android market is a wise business decision. However, it’s a crowded and competitive space.

That said, the HTC Desire 21 Pro 5G looks like it might be a solid contender for those wanting an affordable 5G-capable smartphone thanks to its internals. Measuring in at 6.7-inches, the Desire 21 Pro packs in a 90Hz FHD+ LCD display and makes it the first HTC device to come with a higher refresh rate panel. There is a centrally placed punch-hole notch, and we must admit that the bezels are pretty slim for an affordably focused device such as this.

Inside, it utilizes the Qualcomm Snapdragon 690 chipset, 8GB of RAM, and 128GB of storage. There is room for a whopping 5,000mAh battery that includes 18W charging support. The quad-camera setup at the rear relies on a 48-megapixel main sensor, includes an 8-megapixel ultra-wide, plus the customary depth and macro sensors rated at 2-megapixels each.

Other notable hardware includes a side-mounted capacitive fingerprint reader for biometric security. But it doesn’t look like it includes a 3.5mm headphone port — a staple on affordable Android devices.

One of the biggest frustrations will be the software. As the HTC Desire 21 Pro 5G ships with Android 10 pre-installed. Considering that Android 11 launched almost four months ago, we have to say that this really isn’t acceptable unless it is rectified quickly with a software update — something the firm isn’t particularly great at.

Unfortunately, no details are known on whether the HTC Desire 21 Pro 5G will be made available outside of Taiwan. Pricing in the region is TWD$11,990, which is around $430 when exchange rates are factored in. It is available now for pre-orders in Star Blue and Fantasy Purple but won’t ship until January 21, 2021. No word on if or when the Desire 21 Pro 5G will come to other global markets.