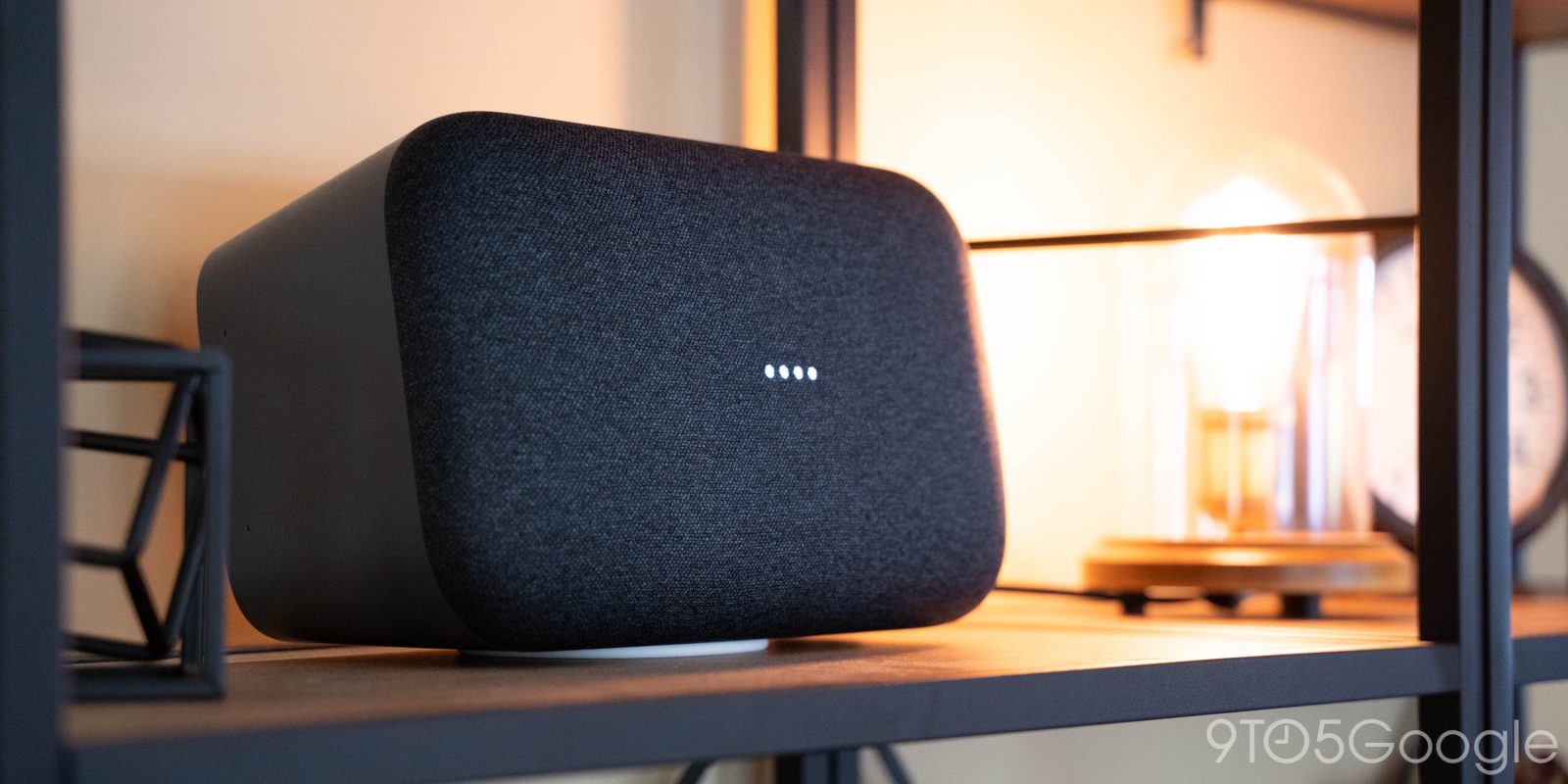 The Home Max, and Mini, launched in 2017 as the first expansion of Google’s smart speaker lineup. After three years, Google has officially discontinued the Home Max as inventory is depleted.

Update 1/26/21: After briefly going back on sale at the end of December, the Google Store looks to have finally stopped selling the Home Max. The listing was fully removed today and no longer available to purchase, even at the full $299 price.

Original 12/14/20: Both the Chalk and Charcoal Home Max are now out of stock on the US Google Store. Google confirmed the retirement to Engadget while emphasizing that it will continue to get software updates:

While announced in October, the speaker did not launch until December 2017. At 11.7 pounds, it’s a large object (13.2 x 7.4 x 6.0-in) with dual 4.5-in high-excursion woofers and two .7-in custom tweeters in a “sealed rigid housing” to “keep the audio composed.” An ML-powered Smart Sound feature adjusts the equalizer to the current environment.

It can be placed vertically or horizontally, while it supports stereo configuration if you have a pair. There is an AUX jack to plug in other devices and six far-field microphones for hotword detection.

The launch price of $399 was rather steep, but Google included 12 months of YouTube Music. It then moved to $299 and saw a discount to $149 for Black Friday 2020. The Google Home Max was last priced at $179 before getting discontinued.

To replace the device, Google this year launched the Nest Audio. At $99 apiece, it’s much cheaper, and buying two for stereo is more palatable.