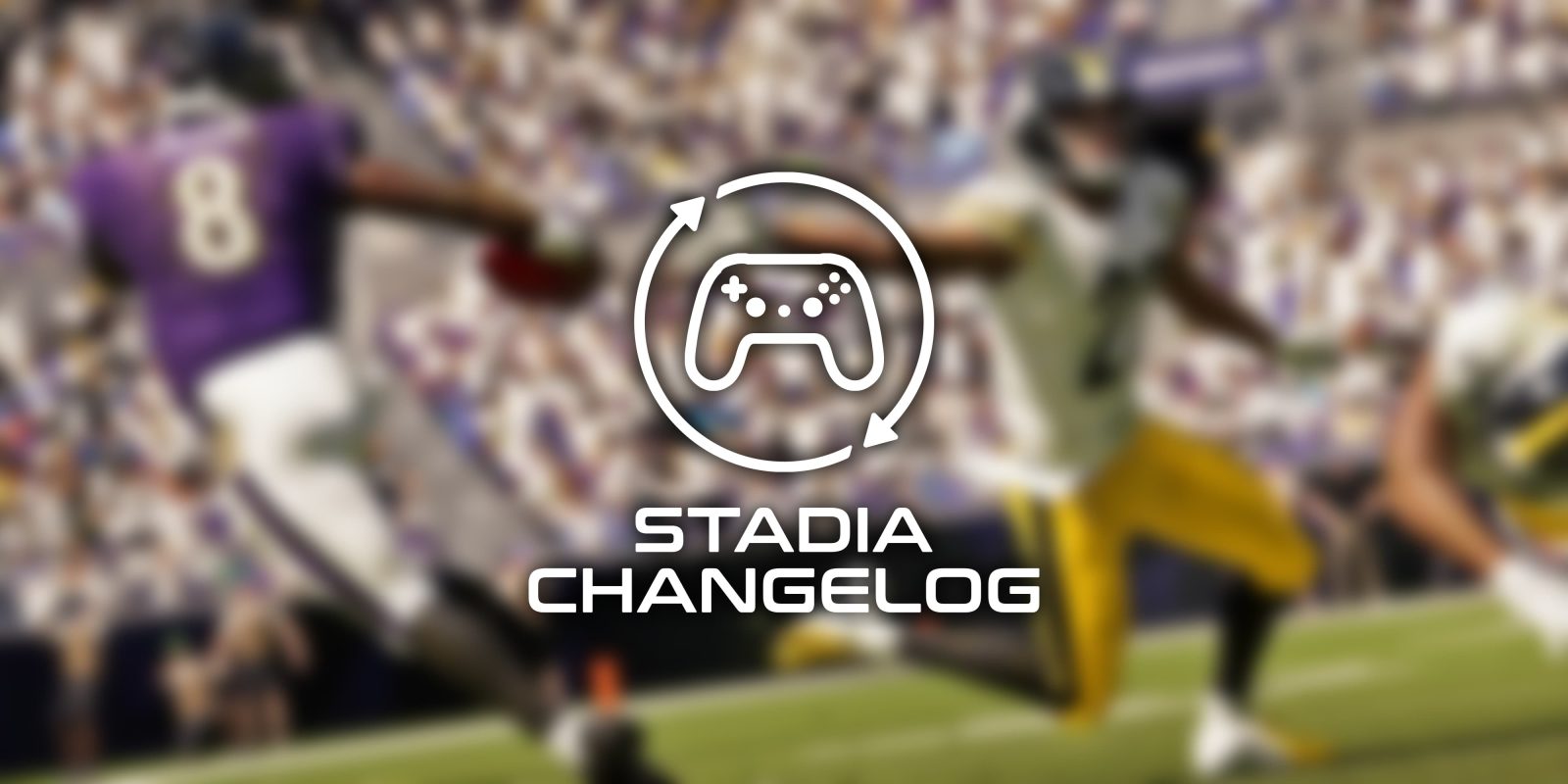 Closing out the month of January, there were quite a few big stories in the Stadia world. Among those, the biggest was the arrival of Madden NFL 21 on Stadia, the reveal of February’s Pro games, and the announcement of a beta program for the upcoming exclusive Hello Engineer.

After a lengthy drought, new games are finally being added to Stadia. This week saw the arrival of EA’s Madden NFL 21, certainly the biggest addition of the week, but there were a couple of other arrivals too. New games this week include:

All of these games were previously announced for Stadia, unfortunately giving us no surprises this week. Still, these are some great additions to Google’s library.

At the same time as PC and consoles, Cyberpunk 2077 on Stadia picked up the 1.1 patch. This update has a bunch of bug fixes and other improvements, as well as laying the groundwork for future updates. The patch was released and applied to Stadia on January 22.

After that, Cyberpunk 2077 picked up the 1.11 patch, which fixed a game-breaking bug introduced in 1.1. That patch rolled out on January 27.

This week, Farming Simulator added support for a new equipment pack, bringing machines from GRIMME into the game. 14 new machines are added here, all focused on potato farming.

Your potato-specialized fleet of machines just got extended: Made by Peppe978-Team FSI Modding, the official GRIMME Equipment Pack is now available for Farming Simulator 19. In cooperation with GIANTS Software and GRIMME, the international manufacturer from Germany, 14 new machines are introduced.

Celeste kind of has a sequel now

One of the best platformers in recent memory, Celeste, now kind of has a sequel. To celebrate the game’s third anniversary, “Celeste 2: Lani’s Track” has been released as a web game.

Ubisoft is launching a new DLC pack for Immortals: Fenyx Rising this week, “A New God.” The new DLC is live now for all platforms.

Immortals is available on Stadia for about $40 right now if you have a Pro subscription.

To celebrate that launch, Ubisoft has added a new card pack to Uno, which is inspired by Immortals. Notably, though, this new pack is not yet available on the Stadia Store.

February is looking like a pretty good month for Stadia, as we already know officially of a couple big games hitting the platform. Those include Journey to the Savage Planet, which will be a free game with Pro. The other is Pikuniku, a unique indie game. Those will both debut on February 1. Kaze and the Wild Masks was also confirmed to launch on March 26.

Beyond that, a couple of games were rated for Stadia this week. The first, Killer Queen Black, which passed through PEGI. Along with that, Street Power Football hit the ERSB for Stadia. As usual, this isn’t concrete proof that the game is headed to Google’s platform, but it’s a good sign at least.

Yesterday was the day I had been waiting for since I bought my Stadia Pro Controller (well, got it free from preordering Cyberpunk). I grew up playing Madden football, but I largely haven’t played video games for the last 13 years or so. As I got married and had kids, I didn’t want to invest the money in owning a game system just for a handful of games. With Stadia, I don’t have to own anything but a simple controller.

I immediately purchased Madden 2021 when it was released, and I got to spend time with it yesterday evening. I can report that it was a magical experience. I picked up my controller, open Stadia on my TV, and start a game just as if I was using an Xbox or Playstation. The graphics were incredible, and it felt like I was home with one of my favorite games of all time. Stadia was built for people like me. If you want to play a handful of franchises, why do you want to own a $400 game system that has to be constantly updated and upgraded? With Stadia, I can buy the games I want, and then play them wherever I want. I never have to wait for my games to “update.” They’re always ready to go whenever I have a few minutes to play. I can’t say enough good things about the Stadia controller either. It felt as good in my hand as any controller I’ve ever played a game with going back to the NES in 1989 all the way to the current consoles. Streaming games over Stadia is a better experience for me than owning a game system, and that should excite even the hardcore gamers. If you’re the type of person who likes to play Madden every year but is tired of owning a game system, your day has finally come. I hope EA continues to invest in Stadia as a platform.

As for Madden, it played flawlessly and was adapted perfectly for the Stadia controller. Upon first launch, I was prompted to log in with my EA account to track progress, but after that, I jumped right into a game. I never thought how I was “streaming” a game from Stadia vs. playing locally much in the same way I don’t think about streaming from Netflix. It’s a perfect adaption of the Madden franchise. It was virtually identical to the gameplay videos I’ve seen from the current consoles. Stadia and Madden are a perfect match for each other.

Honestly, this week I haven’t “officially” played a single game on Stadia that I would actually consider as “play.” You’ll no doubt have seen some of the latest Save State, and that is about the extent of my gaming sessions this week — around 30 minutes of stumbling around trying to grab B-roll to illustrate a point on camera. What I will say is that every time I load up Hitman 3, I want to play for an extended period. I definitely will be spending some time over the weekend playing around with some of the assassination scenarios a bit more. IO Interactive has made a game that is both fun and challenges you mentally at the same time, and I love it.