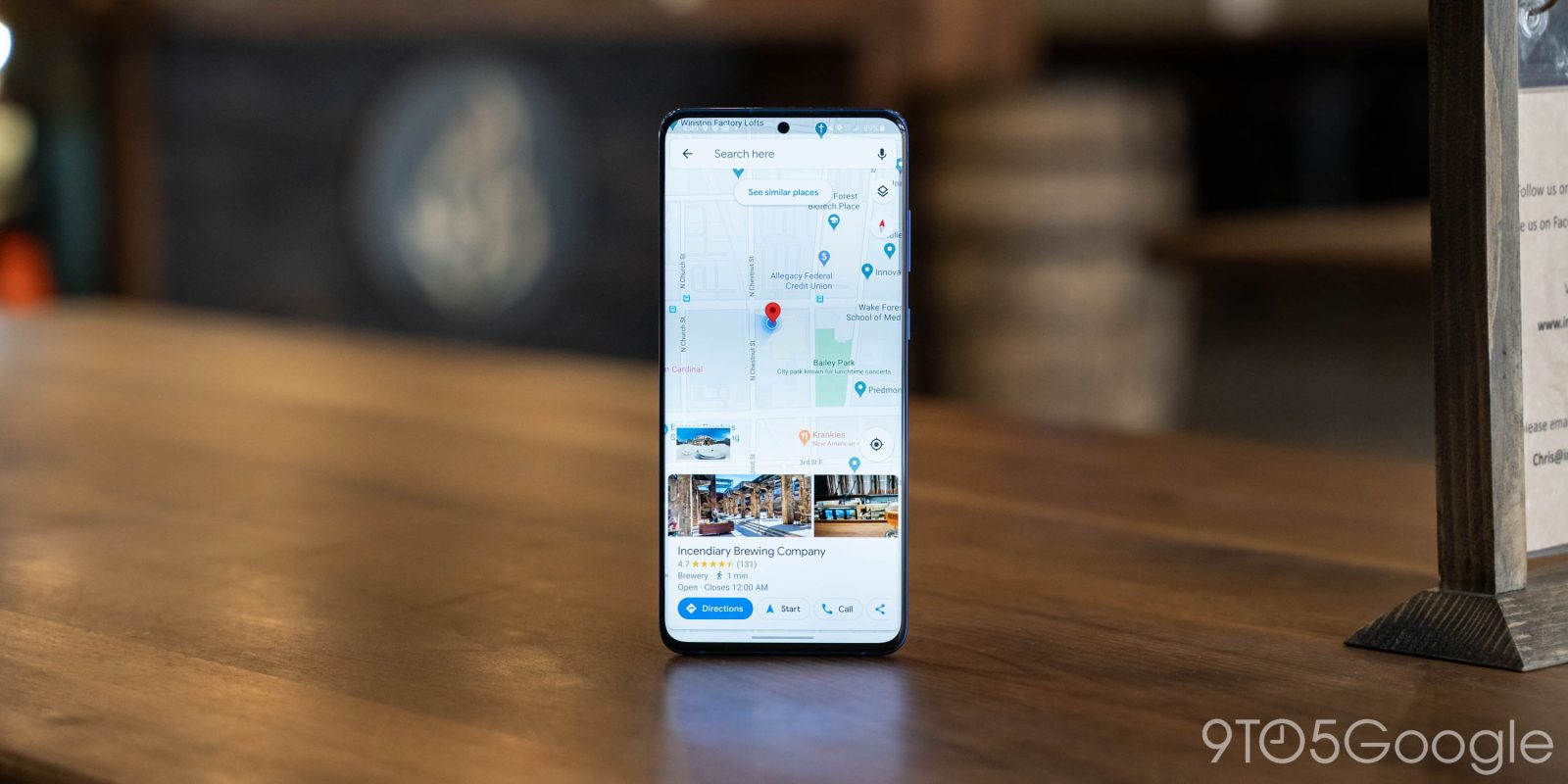 Street View launched over a decade ago, and this vast image database is currently powering the Live View AR feature. An update to Google Maps for Android improves the Street View experience by adding a split screen mode.

The new split view UI launches automatically when you open Street View after dropping a map pin. Meanwhile, if you’re accessing Street View directly from a location’s listing, it will be the regular fullscreen interface. In those cases, you’ll notice a “minimize” button in the bottom-right corner.

The map below has paths that feature street-level imagery highlighted in blue, and Photo Spheres taken by users are surfaced as dots. You can tap anywhere to quickly jump, while the circular marker for where you are features an arrow that shows the direction being pointed at. This navigation method is immensely more convenient than getting around in Street View with arrows and dragging.

This Street View split screen is widely rolled out (via Reddit) through a server-side update on recent versions of Google Maps. It’s showing up on the Android client, but not iOS. Meanwhile, it’s long been available on the web with the ability to adjust the height of each half.