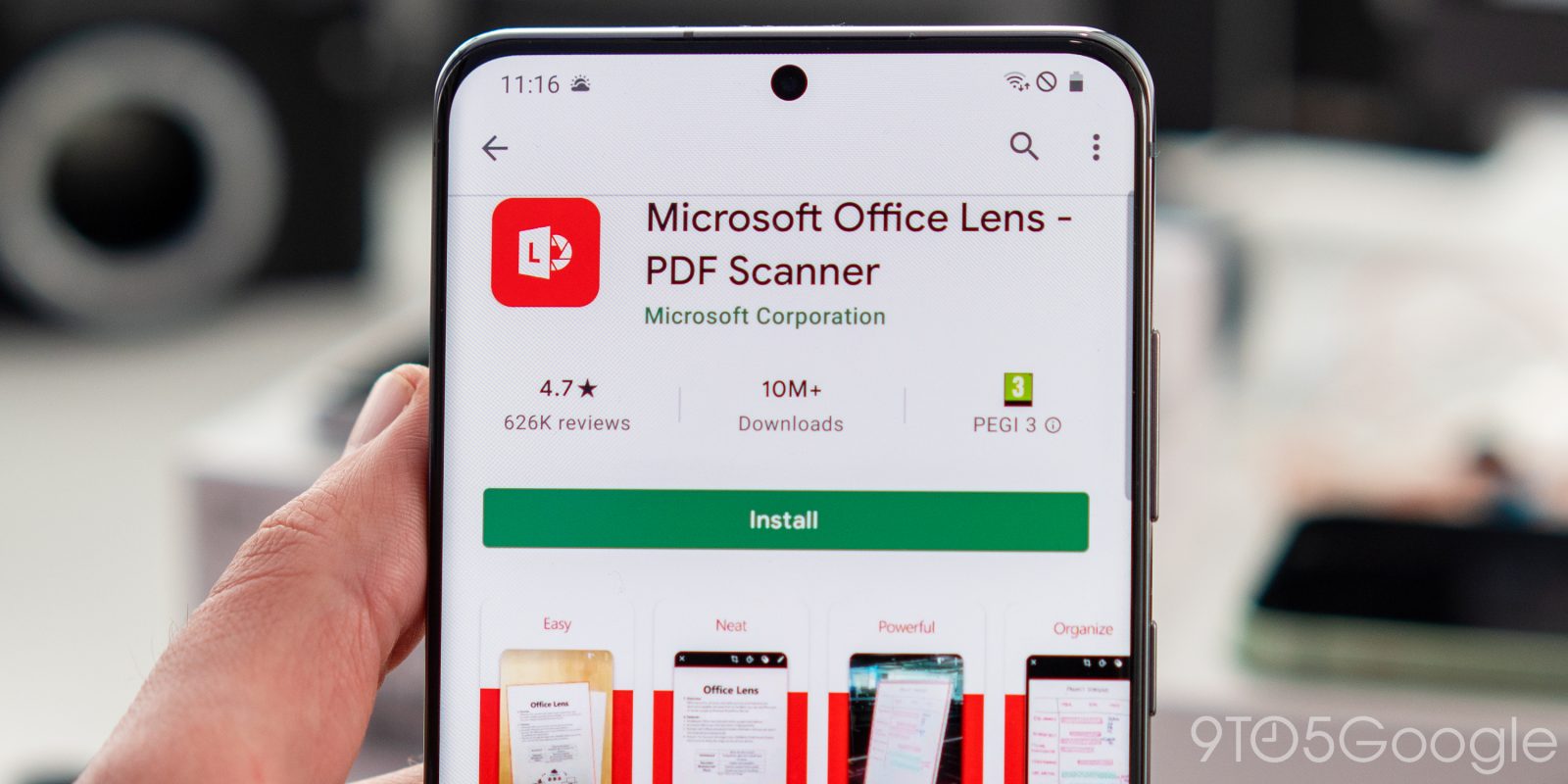 Microsoft is on a roll at this early stage of 2021 with several Android app overhauls already underway. Another notable but important change is to Office Lens, which has now officially been rebranded to “Microsoft Lens.” That’s not all, as the app has also added some much-needed new scanning features.

For starters, Microsoft Lens now has a new logo as well as a new name. We’re not entirely sure why it was necessary, but it’s nice enough and does convey that this is a camera-based application. The change was announced in an official blog post, with the Microsoft Lens logo fitting in with the firm’s other low-poly logo efforts and muted color palatte.

As yet another document-scanning option available for Android users, Microsoft Lens is leveling up with Image to Text, Image to Table, Image to Contact, Immersive Reader, and QR Code Scan abilities. Rival apps have offered many of these features for a while already, so this is big set of additions.

Those are not the only updates here though, as Microsoft Lens is gaining some enhanced scanning features including the ability to re-order pages, re-edit scanned PDFs, apply filters to all images within a document, scan up to 100 pages as images or PDFs, switch between local and cloud storage save locations, and tagging for these files.

All of these new features help elevate Microsoft Lens from a “good” option to a compelling one in one big update. While the rebrand isn’t a big deal, having feature parity with competitors is a far greater benefit of this latest update. You can download the new Microsoft Lens from the Google Play Store now.