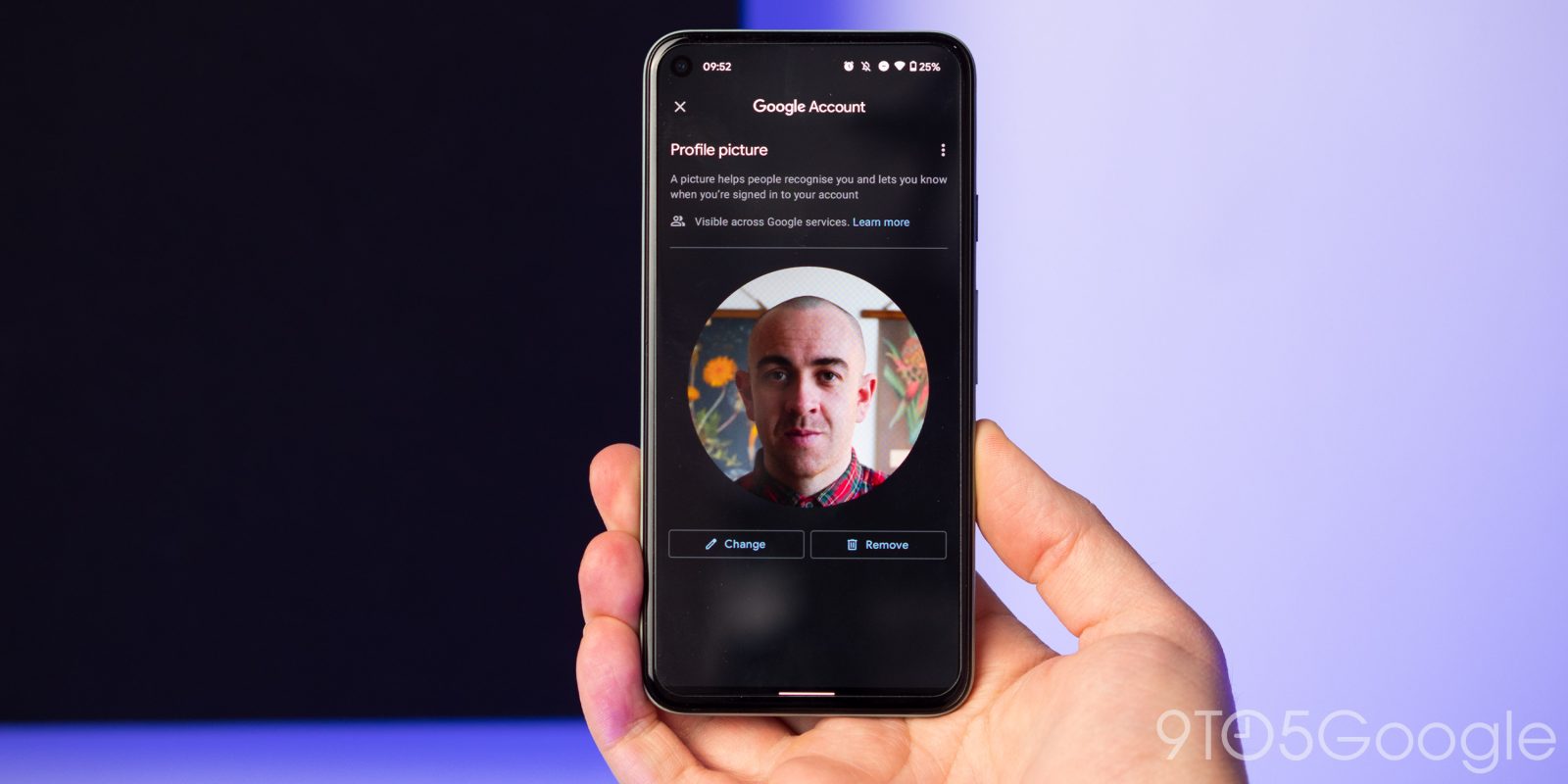 The latest Google Contacts v3.38 update has added a convenient feature that lets you alter or change your Google Account profile picture from right within the application.

In all honesty, there isn’t anything massively groundbreaking here, but you can now easily switch or edit your Google Account profile picture without needing to dive into other applications. When you make a change, it will be reflected everywhere you happen to be logged in across the web and any associated apps — including first- and third-party apps/services.

You’ll know that you have the option when you upload Google Contacts v3.38 and see a small camera over your profile image when using the account switcher. Tapping the icon will bring up a full-screen pop-up with options to “change” or “remove” your profile image.

When selecting the “change” option, you can choose to pull an image from Google Photos, your on-device images, or even take a fresh new picture directly from your camera. It’s worth noting that removing your profile picture will just restore a character — such as “D” for my account — from your name. The option was spotted by XDA Developers, and, as they have noted, is widely available as of Google Contacts v3.38.

As XDA notes, this functionality was spotted in testing with Google Contacts v3.31 way back in September 2020, but is more widely available as of v3.38. Oddly, this option is one that isn’t available on every single Google app out there, but we’d imagine it will bleed across most of the lineup over time.

If you’re not already seeing the option, you should be able to grab the Google Contacts v3.38 update from the Google Play Store right now.