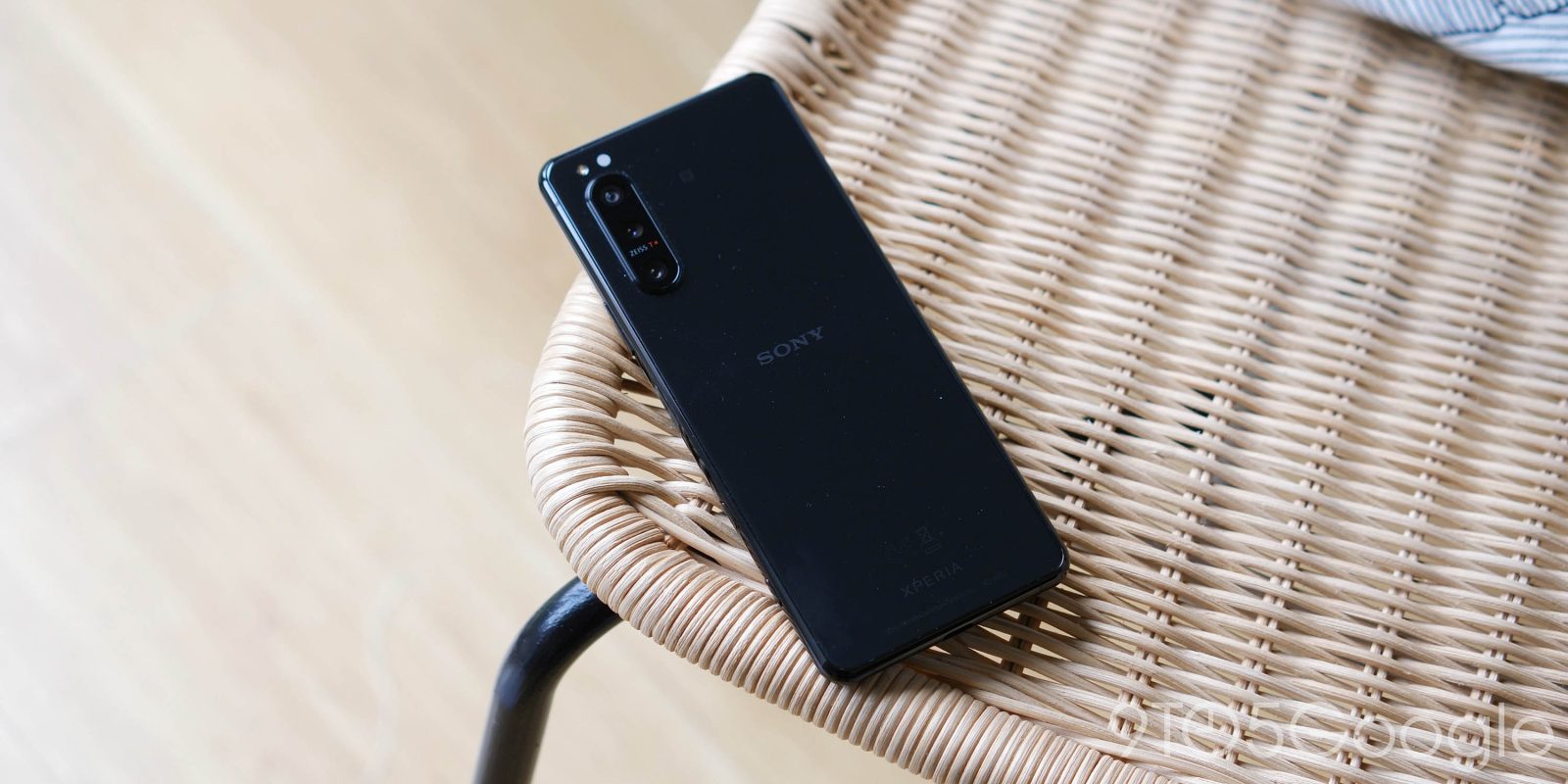 Sony’s efforts in the mobile space over the past few years may have been a mixed bag overall, but the Xperia 5 II — and Xperia 5 prior — is easily the best in recent memory for a number of reasons.

In an era where smartphones all effectively follow suit and adhere to very marginal trends, Sony rewrote their entire playback in 2019 with the Xperia 1. It’s an approach that might help differentiate the Japanese firm’s devices from the pack, and while it’s not all roses, the Xperia 5 II manages to strike a balance that many other outlying devices simply can’t.

We may see “compact flagship” claims, but the reality is that neither the original Xperia 5 nor its successor are truly “compact.” However, it’s a unique smartphone in its own right, and although we’re a little late to the table, we have some thoughts about why.

Just one glance at the Xperia 5 II, and although it utilizes much of the same core design traits as other so-called flagship devices, the slender profile renders this unique at a time when smartphones fairly entrenched within the “phablet” form.

It’s often easy to lament smartphone OEMs for not pushing the boundaries or falling in line with design tropes led by the likes of Apple and Samsung. Differences are kept to a minimum as to give the perception that this latest device shares some DNA despite being made by someone else. Sony threw that playbook out of the window in 2019, and while the Japanese firm’s product lineup is fairly thin on the ground, I’m more than grateful for this tangential approach.

The Xperia 5 II crafted beautifully. It feels expensive, sleek, and most importantly, unique. Sure it’s a refinement over the original Xperia 5, but with little changes that are instantly noticeable up close. Curves are softer, the buttons have a more satisfying “click,” and you can tell where the upgrades have been made.

Adding a dedicated Google Assistant button is actually a frustrating new hardware inclusion. It’s just not in a great place and just ends up cluttering quite an organized right-side of the Xperia 5 II. Luckily, it is slightly recessed, so accidental presses shouldn’t prove to be a major problem.

Because this is an extra tall smartphone — in part due to the slimmer waistline — the button placement is an important one. The power button is well placed for quick unlocks, but while the fingerprint scanner isn’t always 100% accurate, it’s fairly fast.

On most smartphones, I like being able to double-tap the power button to open the default camera but the Sony solution of a dedicated camera button that acts as a shutter control is even better. It’s well placed for when holding your phone in landscape with a short hold launching. Within the camera app, a semi-press activates the autofocus, which is deliciously analog and something I actually love seeing as a differentiator.

I’ve heard that people call it plain, and while I’ll agree to an extent. The shape alone has turned heads when I’ve used the Sony Xperia 5 II to make contactless payments. 21:9 is a fascinating shape for a smartphone and one that endears it to me from a pure aesthetic perspective.

Obviously, there are usability trade-offs because of the elongated form. The display is thinner on the X-axis which means that this FHD+ display has better reachability in just one direction. It does make it hard to reach the upper portions of the device though, but certain software tweaks have been added to aid usability.

The Xperia 5 II’s FHD+ rated 120Hz AMOLED panel is fantastic, it’s by no means the best, but it’s bright, clean, and well-tuned. Unlike many other OEMs, Sony has opted to retain fairly sizeable bezels on the forehead and chin, which I have no problems with. They are symmetrical, which is probably why I can stomach them over other unbalanced implementations.

A bonus to this bezel arrangement is that, yes, the Sony Xperia 5 II comes with front-facing stereo speakers. That one inclusion alone is more than enough to justify the top and bottom screen borders. These prove to be important as when viewing native 21:9 video content, the immersion is upped substantially with powerful forward-facing audio.

The 120Hz refresh rate makes everything feel responsive, and although you may see a battery dip, I strongly urge that you enable this option right away. It’s the icing atop an already impressive display experience.

Sony has been fairly fast at getting its line updated to Android 11, and after a brief launch period with Android 10, the Xperia 5 II is now running the latest stable OS release. It’s a fairly lightweight affair with the odd little extra added to try and differentiate from Android One.

Luckily you’re able to prevent the installation of certain apps upon first launch if you’re averse to device bloat. Not all Android device manufacturers offer this, but more are starting to remove duplicate apps. Sony has toned things down in recent years, and save maybe 5 or 6 alternative apps there isn’t too much that would frustrate or annoy. Sure, there is no need to have some pre-installed apps like Netflix, Tidal, Facebook, and LinkedIn, but you uninstall all but the core Sony-developed apps.

So to clarify, the Sony Xperia 5 II comes with late-2020 flagship internals. The Qualcomm Snapdragon 865, 8GB of RAM, and 128GB of microSD expandable storage. This is more than enough to do anything a modern Android smartphone would hope to do. Gaming, multitasking, even editing, nothing is off the table.

The dedicated one-handed mode that you activate with a double side-profile tap that will launch a mini “Side Sense” menu is such a godsend on a lengthy frame. I do find it a little harder than it probably should be to activate but it’s a useful tool built into Sony’s Android build that helps you make the most of the Xperia 5 II large appendage — the display.

A combination of the 120Hz refresh rate, powerful innards, and fairly lightweight Sony Android skin means that problem areas are almost none existent for the latest Xperia flagship. I can’t say I noticed any lag, nor did I encounter any game-breaking software bugs that I can actively recall.

Other notables include some tweaks to the audio experience. In tandem with the regular volume controls you can enable “Dynamic Vibration” for haptic feedback in time with music or video. Evidence of this has been found in the “core” Android 12 build, and I think it will be a really popular addition to Pixel hardware.

When watching movies, explosions and bangs are given extra emphasis and “oomph” to up the immersion just that bit more. However, the haptics on the Xperia 5 II remain fairly awful, lacking in real depth and feeling quite “brittle” compared to the likes of the Pixel 4 series and OnePlus 8T — two of Android’s standouts for vibration-related feedback.

Updates arrive fairly regularly too, which is an added bonus. At the time of writing, the most recent security patch was the previous month’s February 2021 update, which arrived towards the end of that particular month. I do find the update process is a little slower than it probably should be, though.

With the weight of the Sony Alpha team bearing down on the Xperia 5 II, you’d expect truly flagship-level results. Well, it’s more of a mixed bag than you might have anticipated — at least when using the standard point-and-shoot auto modes.

The optics are good. The results can be excellent but the experience is one of compromise at times. Post-processing is minimal, which means that images that are “ready to go” are harder to come by with this triple camera setup. I personally found that I had to work a little to get a really awesome end result.

Now that’s not to say photos are bad, because it’s far from it. I actually like this aspect of the Xperia camera system, if you put in the time and a little effort with the Pro mode, you can do things that you can’t on other smartphone cameras. If I want fine controls, I’m personally more prone to my dedicated mirrorless camera, with tactile feedback and button controls that I know inside out. Sony smartphone enthusiasts will be in love with the full manual controls and will surely get the most out of the triple 12-megapixel camera setup.

For those of us happy to shoot with auto settings, there is plenty to love here, including the dedicated shutter button. I’d love to see more smartphones include one. But you can achieve the same with volume keys on most devices now, but here is controls zoom levels, which is actually genius as you can almost fully control the camera without having to tap the display and obscure the viewfinder.

Unless you’re happy to delve into up to two more potential apps for your photo and video needs, then the default camera application does okay. The 3x telephoto mode is fairly solid, while the ultra-wide-angle manages to stay sharp and detailed even into the fringes. Main wide shots are decent, and I’m sure you’ll be happy with end results, but I never felt wowed at any point.

By 2020/21 standards, the Sony Xperia 5 II’s 4,000mAh battery is fairly modest. It’s still plenty big enough to keep you going until the latter portion of even a busy day. To eek out a little more lifespan, you could disable the 120Hz refresh rate on the display, but that would be a crying shame unless you simply don’t care about smoother performance and animations.

I found that 5G did take a little toll on my battery, but it wasn’t quite as detrimental as some other devices I have tried with the superfast connectivity included. Luckily, with COVID-19 restrictions thoroughly in place, when using Wi-Fi all-day things were absolutely fine.

I was disappointed to find out that wireless charging is not included, but even though I like plonking a phone down on a Qi charging pad to top-up, I’m still fairly content with wired charging. Like the Pixel series, Sony has stuck with 18W charging speeds, which I don’t think warrants the term “fast” nowadays.

The Xperia 5 II is, in our opinion, the best Sony smartphone you can buy right now. It’s finely crafted with a few little annoying touches but the package on offer is undoubtedly “premium” with typical Sony flair and fine-tuning.

You might balk at the $900 entry-pricing, but if you want something a little different — in a good way — then this slender smartphone might be one to take a look at. Sure the auto camera modes could do with some tweaks to really compete directly with the best in the business, but overall, we’ve not been left wanting.

Yes, this device does not come with the latest Qualcomm Snapdragon 888 chipset, but it’s still a powerful device that will handle just about everything you’ll throw at it and keep coming back for more. While it’s not quite in the same league as the likes of the Galaxy S21, the Xperia 5 II is Sony’s best flagship for some time.

You can pick up the Sony Xperia 5 II from a number of retailers, including Amazon, B&HPhoto, Best Buy, Walmart, and more.