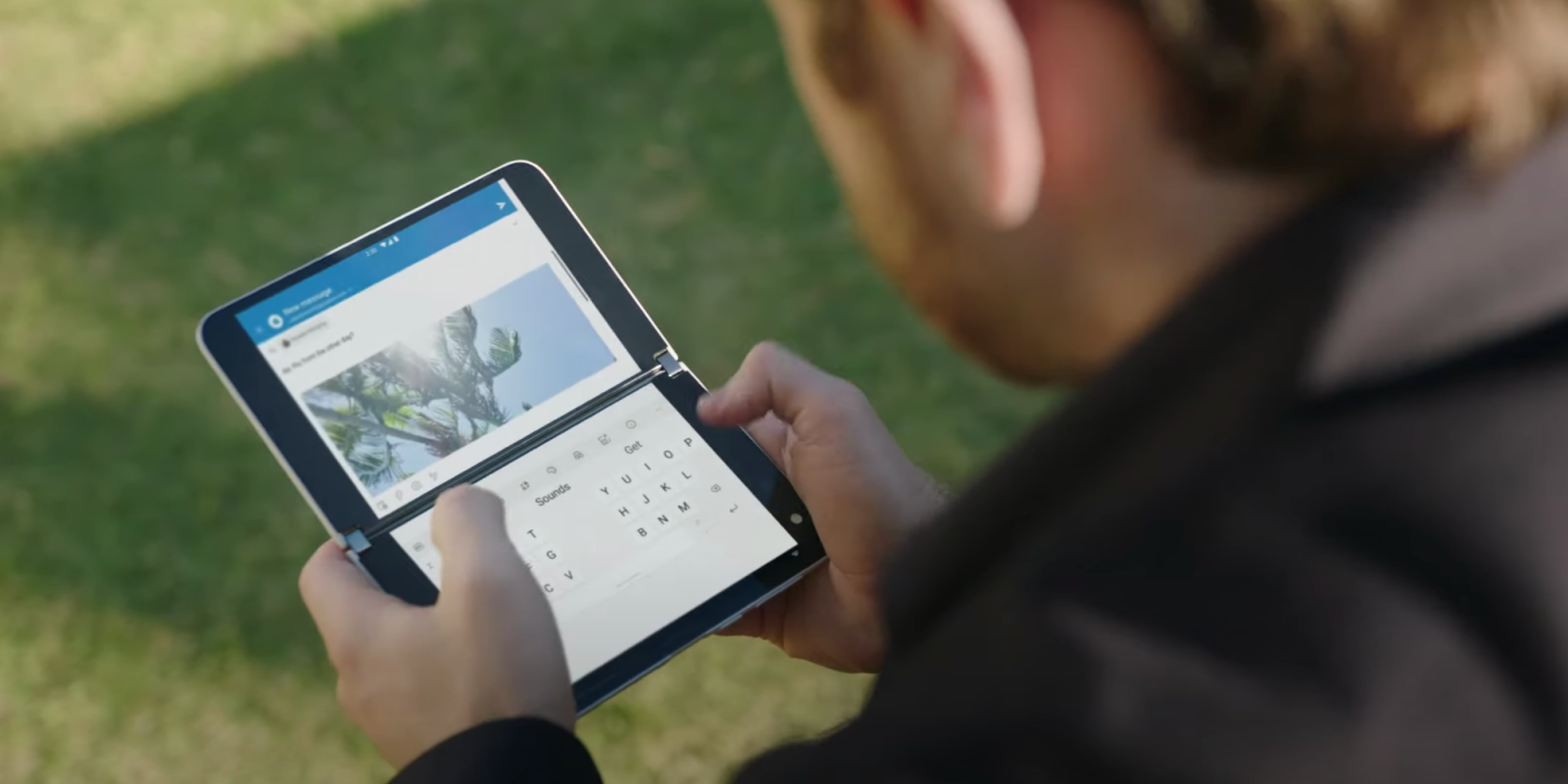 For better or worse, the foldable dual-screen Surface Duo, Microsoft’s first Android phone, was one of the most interesting devices launched last year. According to a new report, a successor to the Surface Duo is in the works to be launched later this year.

The promise of the Microsoft Surface Duo was one of productivity, allowing you to either open two apps side-by-side or use one app across two screens. With its 360° hinge and book-like design, the Surface Duo was akin to a Moleskine notebook.

However, there were some serious flaws in the design, with the phone using an outdated Qualcomm chip, not offering a good quality camera, and shipping with major software issues. According to a new report from Windows Latest, citing sources familiar with the development, the successor to the Surface Duo will address all of these issues.

Starting with the chipset, while no specifics were shared, the second-generation Microsoft Surface Duo should pack a better processor than the Qualcomm Snapdragon 855 that was outdated even at release. Another positive effect of upgrading the chipset is that the next Surface Duo will support connecting to 5G networks, though it’s unclear if mmWave will also be available.

On the original Duo, the foldable only had a single camera that could serve for selfies or for general photo taking, depending on how you’ve turned the phone’s hinge. However, this single camera did not take particularly good photos. Per job postings also found by Windows Latest, Microsoft may be intending to use machine learning techniques to improve the camera output of the next Surface Duo, similar to the kinds of techniques used by Google’s Pixel phones.

Another significant area of improvement for the Surface Duo’s successor is the software. The original Duo broke quite a bit of new ground for the usability of Android across two screens, but the software was still seen as buggy and inconsistent. For the Surface Duo’s successor, Microsoft is reportedly putting a “special emphasis” on fixing the software experience. It remains to be seen whether these software-sided improvements will also make their way to the original Duo.

On that front, Microsoft is continuing to hire Android engineers both for the Surface Duo as well as simply to bring more of Microsoft’s apps to the platform. Some of Microsoft’s Android-side investments include the development of an “Obscured Regions” API that helps developers know what parts of the screen are not visible and the improvement of Google’s Flutter SDK on foldables.