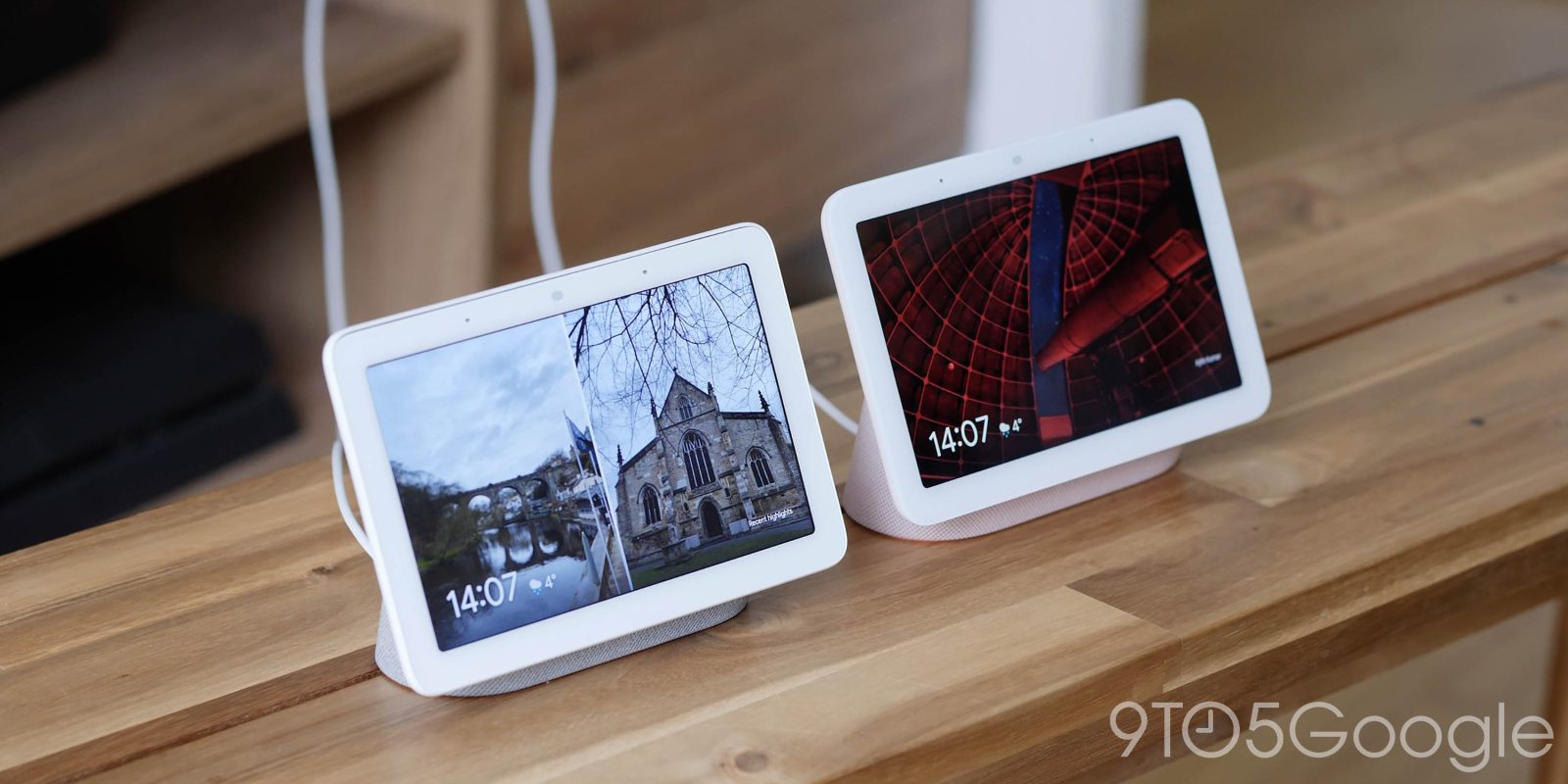 Often the two-year period between a device launch and its proposed follow-up brings with it a whole host of changes and improvements. The original Nest Hub — formerly the Home Hub — has now been superseded by the Nest Hub 2nd gen, and it raises questions as to which is right for you.

The diminutive Smart Display has proven to be one of the most useful smart home products from Google in recent years. It’s a great companion in a multitude of rooms in your home no matter where you want to the small speaker to live.

It probably doesn’t help that at first glance the Nest Hub and Nest Hub (2nd Gen) look almost identical. There’s a little more to it when you take a closer look, but there’s even a few under-the-hood tweaks that might have you leaning toward the newer model rather than the original, so let’s discuss just what you’re potentially missing out on or — to put it another way — what you’ll gain.

The Google Nest Hub is basically a (lowish-resolution) display fixed at an angle atop a fabric-covered speaker — that acts as a base. This design formula is exactly the same for the original Nest Hub and the 2nd Gen. However, there are a few quality of life improvements that make sense if you have ever used the original.

You can pick up the Nest Hub 2nd Gen in the exact same colors as before including Chalk, Charcoal, Mist, and Sand. That means if you do want to add a new model or replace the original in a room, you can just swap it out without an effect on your home decor style. It’s important to note that the full range of colors is available outside of the US for the first time on the 2nd Gen device.

Round back, the mute switch has changed a little bit, it’s more rounded and protrudes a little further. This makes it easier to toggle on or off without needing to shift the Nest Hub 2nd Gen around. The volume rocker remains in the same position too, and just allows you to quickly control audio levels on the left side.

Google claims almost 50% great bass response on the latest Nest Hub compared to the original, while there is a third microphone for voice control detection, and Thread radio. However, this is not live upon launch. The biggest new hardware addition is that of the Soli radar chip that is located in the upper right corner of the display bezel. This enables some new control methods and sleep tracking, which will likely be the biggest selling points of the new Smart Display.

Somewhat unfortunately, the new Nest Hub 2nd Gen doesn’t improve upon the 7-inch display resolution. The LCD panel is practically the same with some notable extra tweaks that enhance usability. It’s still below 720p at 1,024 by 600 pixels, but unlike a tablet or smartphone, the distances that you view from mean that it should be crisp enough for viewing most things.

The fixed display angle remains the same, which is great for visibility and placement on a multitude of surfaces in and around your home or office. Maximum brightness hasn’t changed either, with the Ambient EQ working wonders on both displays.

One of the most notable changes is the removal of a lip or protruding outer bezel on the Nest Hub 2nd Gen. This is a bonus twofold, as it makes swipes from the edges a little easier, plus it has the added bonus of not collecting dust, dirt, and grime in the tiny gap. These are minor changes but great long-term quality of life improvements to a piece of tech that seamlessly blends into your home without a second thought.

Tracking and control methods are where the biggest differences can be found between the original Nest Hub and the 2nd Gen model. While the Soli radar chip may never return on a Pixel phone, Google has slapped the radar tech into the new Nest Thermostat and now the new Nest Hub.

Voice controls are still a key component on these Assistant-powered Smart Displays, but the newer model includes some hand-waving abilities. You can air-tap to pause and play music, but unfortunately you can’t wave your hand to control music or the interface. We hope this arrives in a future update, but for now you’re limited to pausing and playing music. It works well and is pretty darned accurate.

A bigger new inclusion that utilizes the Soli chip is that of Sleep tracking. When placed in your bedroom, you can have your sleeping patterns and routines analyzed without needing to wear a Fitbit or comparable fitness tracker. By using the radar tech, the Nest Hub 2nd Gen can detect specific sleep disturbances like coughing and snoring, it can also detect light and temperature changes in your bedroom and analyzes what is affecting your sleep patterns.

You can get daily updates on your Nest Hub home screen, but all of your sleep data is tracked and visible within the Google Fit app for easy access. It rates your sleep and is even able to determine the quality of each cycle, too. The original Nest Hub only offers touch and voice controls but save the air gestures and sleep tracking, the general experience is almost identical.

Nest Hub vs. Nest Hub (2nd Gen): Should I upgrade or which should pick?

If you already have the original Nest Hub, unless you really want touchless controls and sleep tracking, stick with what you have. The upgrades are fairly minimal but if you want to add sleep tracking to the arsenal of your favorite smart home hub, then the Nest Hub 2nd Gen is a prime candidate.

Factor in the fairly small $10 price increase over the original and the aforementioned quality of life improvements and it’s pretty much a steal. If you don’t care for hands-free controls or sleep tracking, then you might get a solid deal on the older model.

You can get the Nest Hub 2nd Gen at several retailers including the Google Store, Walmart, Best Buy, Target, and more.