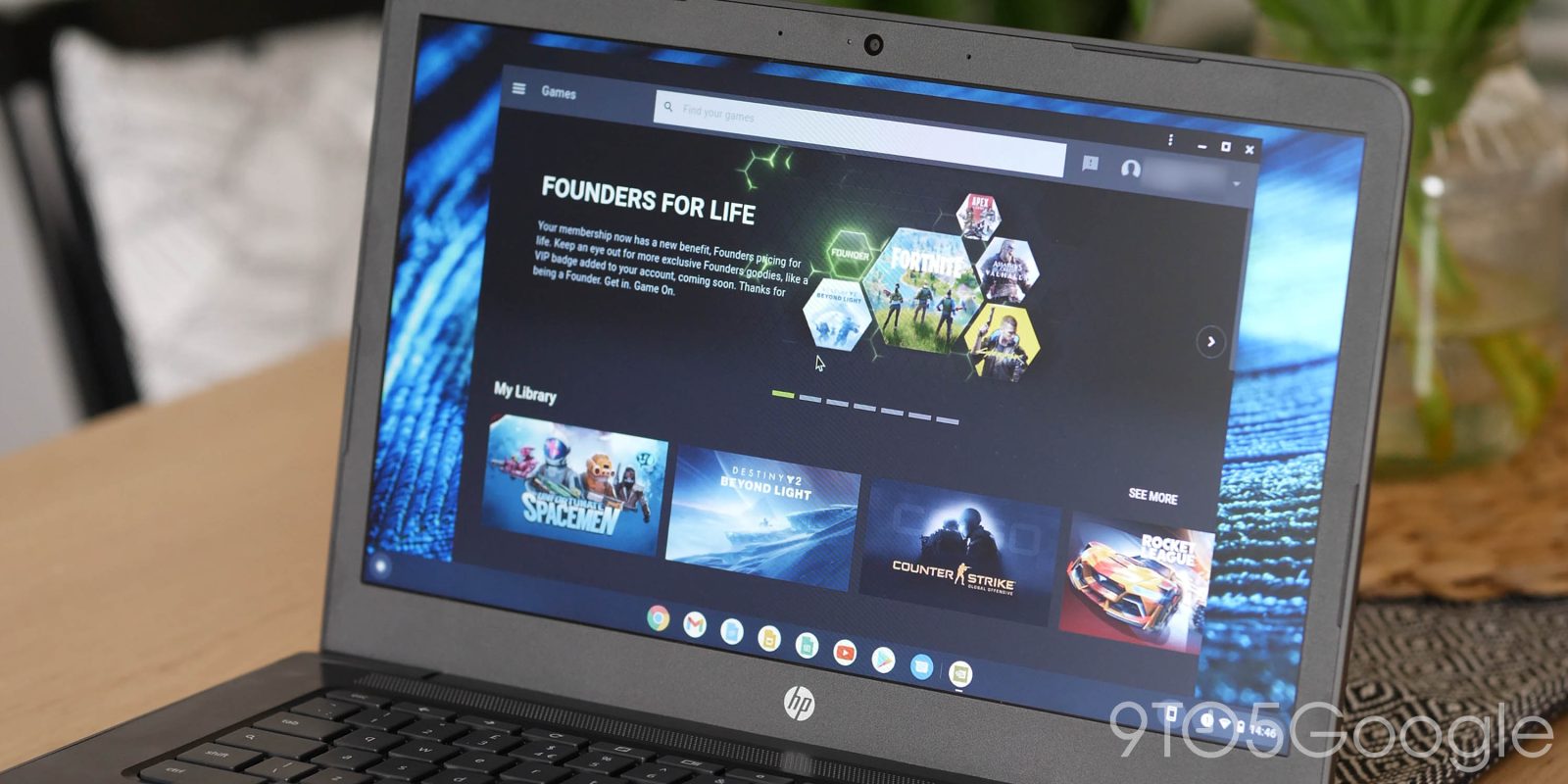 You might have that one friend who simply won’t give PC gaming a chance, try as you might to get them to build their own rig. NVIDIA GeForce NOW democratizes the PC gaming experience by giving you access to some of the very best free-to-play online multiplayer games without needing access to a high-end gaming rig.

Multiplayer games come in all shapes and sizes, and free-to-play titles are now so common that it’s easier than ever to build up a game library without spending a single dime. GeForce NOW is the perfect solution if you don’t have a gaming PC, especially as you can use any laptop, old computer, or Chromebook you have to play some of the biggest and best games.

Rocket League is so fun because it fuses the best parts of football (soccer) and a futuristic racing game. It’s fun and frantic in equal measure and is completely free-to-play via the Epic Games Store. If you haven’t played already, you really should. It’s easy to just start playing but devilishly good fun, with skill-based matchmaking that helps ensure that the experience is enjoyable, even if you’re new to Rocket League multi-player matches.

Partner up with your friends and it becomes a different beast entirely, and one of the very best multiplayer games out there — at least in our opinion. Getting started is easy and addictive, but mastering Rocket League takes another level of dedication.

Although we hate to say it: Think of Unfortunate Spacemen as Among Us 3D with combat and some extra features. Although that’s diluting the game a little, the gameplay loop is as easy as that to understand. It’s ridiculous fun with a group of friends trying to decipher just who is whom they claim to be. You can play some other fun co-op or versus game modes, with up to 16 players per match possible in the core modes.

The maps are massive, sprawling environments that require teamwork to navigate safely. It’s a fantastic cooperative multiplayer game and one of the best free alternatives to Among Us that you can play — provided you like the space survival horror genre.

Now officially free-to-play, Destiny 2 is one of the biggest and best looter shooters that you can play. Team up with friends and it becomes one of the very best multiplayer games. Period. There is a mountain of content to dive into, even if you haven’t played the first Destiny game. You’ve got access to the base campaign plus the first two expansion packs all without needing to spend a dime.

PvP is also included if you prefer versus multiplayer, while crossplay between console and PC gamers has been in and out of beta for a while. Destiny 2 runs slick and smooth on GeForce NOW once you have linked your Steam account. There’s even the added bonus of controller or mouse + keyboard support allowing you to play just how you want to.

The gold standard for competitive FPS titles is undoubtedly Counter-Strike: Global Offensive. Tread cautiously when firing up the game for the first time, as the skill threshold can be a daunting one, but CS:GO is incredibly rewarding once you get the hang of it.

Although built upon the aging Source Engine, it runs like a dream on GeForce NOW and can turn just about any laptop into a competitive FPS gaming station. Just don’t ask us for recommendations for gaming mice…

One of the biggest and most popular MOBA games has been free-to-play for as long as we can remember with absolutely no other game-specific elements needed to enjoy DOTA 2 fully. DOTA 2 is the focus of the documentary Free to Play, which itself is a fantastic place to better understand why it’s one of the biggest e-sports titles out there.

The skill threshold is high, but this lane-based RTS is ultimately one of the most rewarding once you start to understand the gameplay loop and team up with some friends. Think of DOTA 2 as the best bits of tower defense games fused with RTS games such as the immensely popular Starcraft and you’re on the right track. There’s a reason it is one of the best and most popular online multiplayer games on Steam each and every day.

Let us know what your think the best free-to-play multiplayer games are — or just your personal favorites — down in the comments section below.