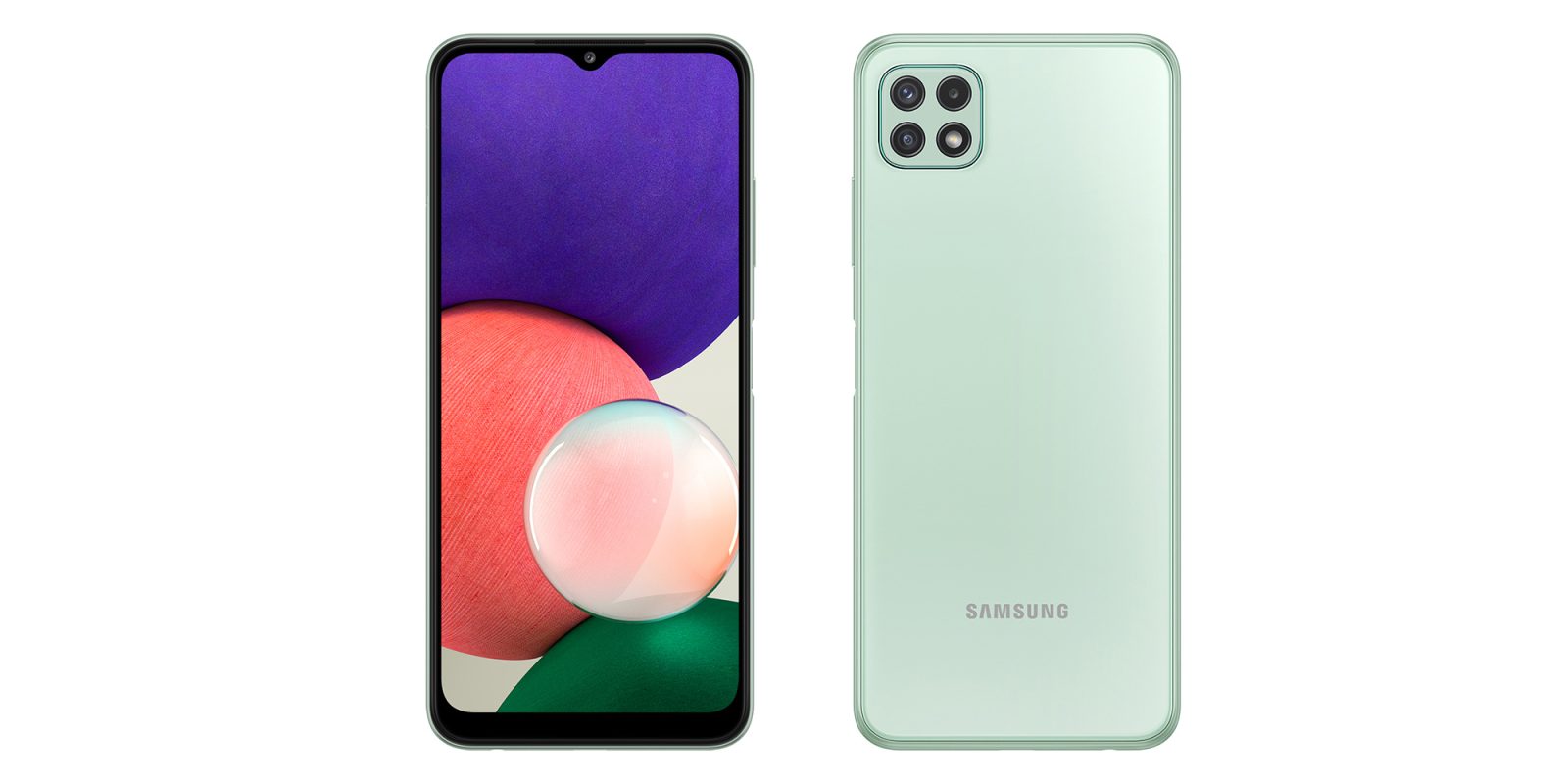 Samsung has unveiled another duo of affordable A-series smartphones with the launch of the Galaxy A22 and Galaxy A22 5G — the latter being the firm’s cheapest 5G-enabled smartphone to date.

The growth of 5G over the past 18 months means that investing in a smartphone with superfast connectivity is a much more sensible decision. That said, it’s not necessarily the core reason you should buy a particular device over another, but for longevity purposes, it is something to consider. Samsung has decided to usurp its own cheapest 5G A-series this time around with the Galaxy A22 5G.

An LTE-only version is also in tow, but that means there are some substantial differences between the Galaxy A22 and Galaxy A22 5G that you will need to consider. The standard A22 measures in at 6.4-inches and comes with a 90Hz HD+ AMOLED Infinity-U display, 4/6GB of RAM, and 64/128GB of internal storage.

It utilizes the MediaTek Helio G80 chipset and comes with a quad-camera setup at the rear that consists of a 48-megapixel main sensor with OIS, 8-megapixel ultra-wide, 2-megapixel depth sensor, and 2-megapixel macro sensor. The selfie camera is rated at 13 megapixels.

As for the Galaxy A22 5G, it actually comes with a larger 6.6-inch 90Hz HD+ TFT display with an Infinity-V notch. The internals are slightly different here too, as the MediaTek Dimensity 700 5G-enabled chipset is at the very heart of the device. You can choose between 4/6/8GB RAM and 64/128GB storage variants, while microSD card support is also offered up to 1TB.

At the rear, the Galaxy A22 5G has a similar 48-megapixel main sensor but no OIS here, a 5-megapixel ultra-wide angle lens, plus a 2-megapixel depth sensor. The selfie camera also takes a bump down to 8 megapixels.

That’s quite a disparity between both handsets, but both retain a plastic frame and backplate, with the same 5,000mAh batteries and 15W fast charging also included. The Galaxy A22 and A22 5G ship with One UI 3.1 atop Android 11. Biometric unlocks are offered via a side-mounted capacitive fingerprint scanner.

You’ll be able to pick up the Galaxy A22 and A22 5G in black, white, mint, and violet later this summer priced at  €229 and €249 respectively. Samsung did not confirm if or when both devices may see launches outside of Europe.