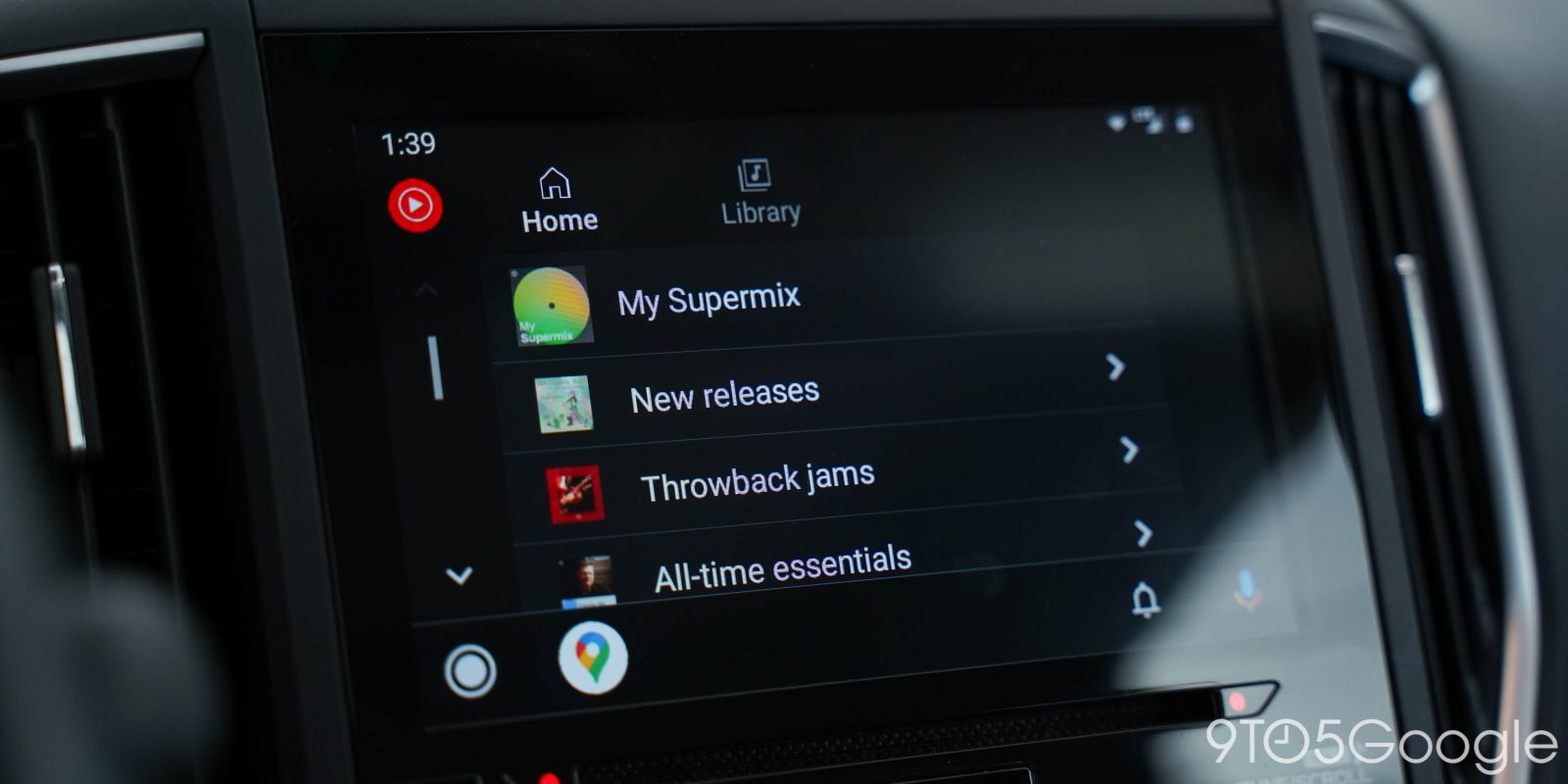 Rolling out as a part of the YouTube Music 4.30.50 Android app, this redesigned interface for Android Auto is a fairly major shift from the old interface, which you can see by clicking here.

By far, the biggest change in this new YouTube Music interface on Android Auto is the four navigation tabs across the top. There are four tabs in total, the first being a “Home” tab, which includes shortcuts to recently played media. There’s also a ‘Last Played” tab for your most recent songs or albums. “Library” includes your playlists and saved media, and there’s also a dedicated tab for “Device Files,” i.e., locally stored media.

Notably, though, these tabs are contextual. If you aren’t a regular YouTube Music user, for example, the “Last Played” tab won’t appear. The same applies to “Device Files.” If you don’t have any locally stored music, the tab doesn’t show up. We spotted this comparing screenshots with those published by Android Police recently.

Beyond just navigation, though, this new YouTube Music design for Android Auto also spruces up the main UI with more visual elements. It’s arguably not as clean anymore, but it’s less dependent on reading text, which is a good thing for a car app. Notably, there’s also a constant YouTube Music logo in the top corner.