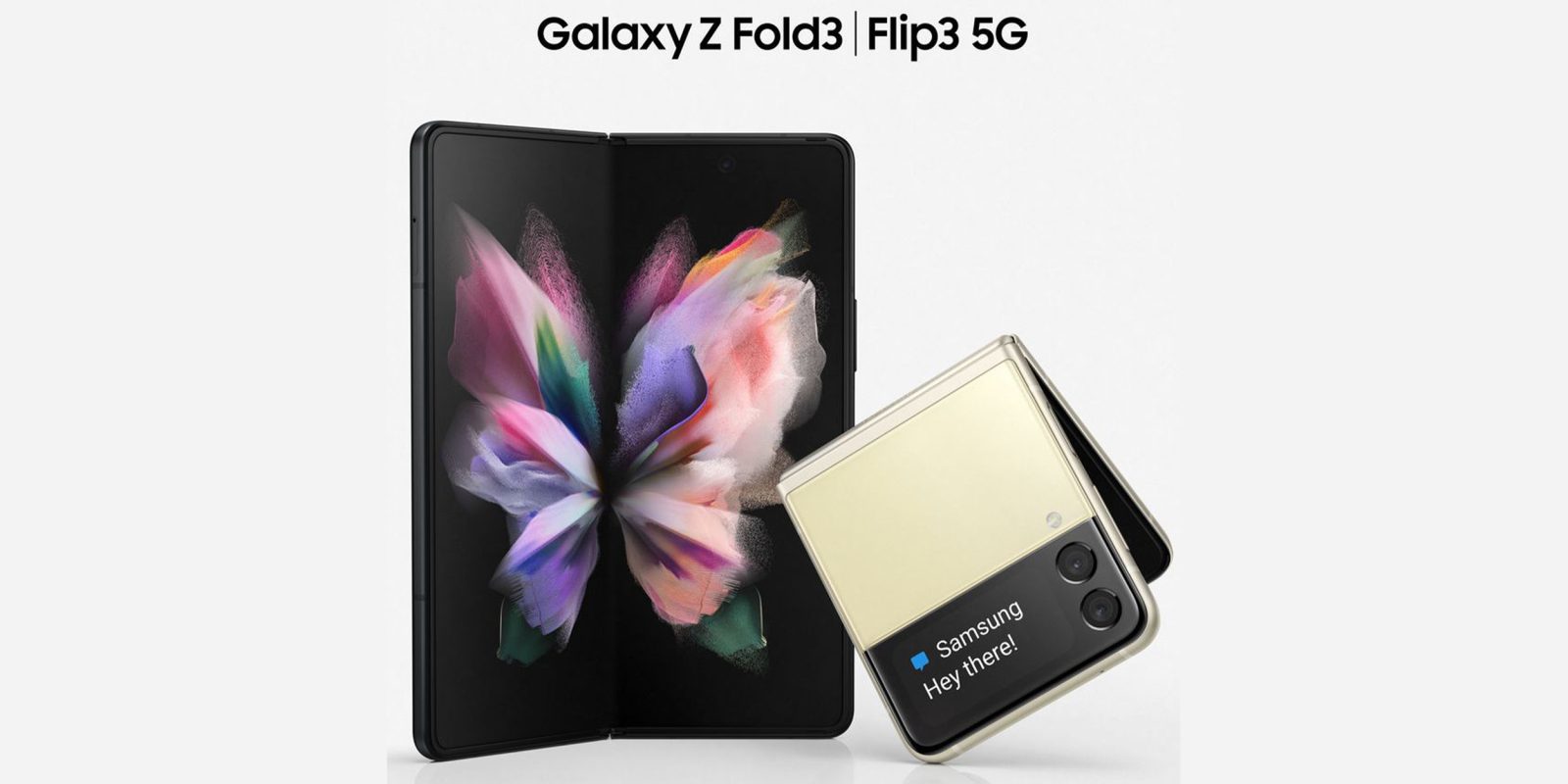 A new press render of the upcoming Galaxy Z Fold 3 and Z Flip 3 have been shared online giving us a glimpse of the latter devices updated design and familiar look of the market leading foldable.

The solo render was shared by OG leaker Evan Blass, and while there is little to glean from the Galaxy Z Fold 3, the Z Flip 3 appears as though it will be on the receiving end of some upgrades. This image has the upcoming devices side-by-side, giving an indication of the size difference between the two distinct foldables.

While we are expecting some upgrades to the Fold 3, the Galaxy Z Flip 3 appears to have increased the size of the outer display, and it has gained an extra camera lens. This has seen the LED flash move down to a position within what looks like a light gold or champagne color finish, which is far less pronounced than the bronze finish of the Z Flip 5G.

[Update]: Blass shared another post with a new angle of the Galaxy Z Fold 3 showing what appears to be an S Pen etched with “Fold Edition”. This could very well be a special device used to work with the folding display panel, or simply just an accessory labeled as such to work with the new Z Fold. The lack of Note series device means that the Fold series will carry the baton (or S Pen) moving forward.

The rear camera setup also appears to be housed within a smaller circular strip rather than a domino style array. While the LED flash is now at the bottom of this triple camera system rather than at the top.

Samsung has reportedly already started mass production of the Galaxy Z Fold 3, but little is known about what improvement might be made to the device. Clearly, the smaller foldable is set to receive some notable upgrades this time around. While Blass did not confirm anything beyond the renders, previous rumors suggest the Galaxy Z Flip 3 will start at around $1,100, while the Z Fold 3 could see a 20% reduction to around $1,450.

It is still unclear when Samsung will unveil the foldable duo, but it looks very much like an official launch is on the horizon. Let us know what you think of the renders of the Galaxy Z Flip 3 and Z Fold 3 down in the comments section below.