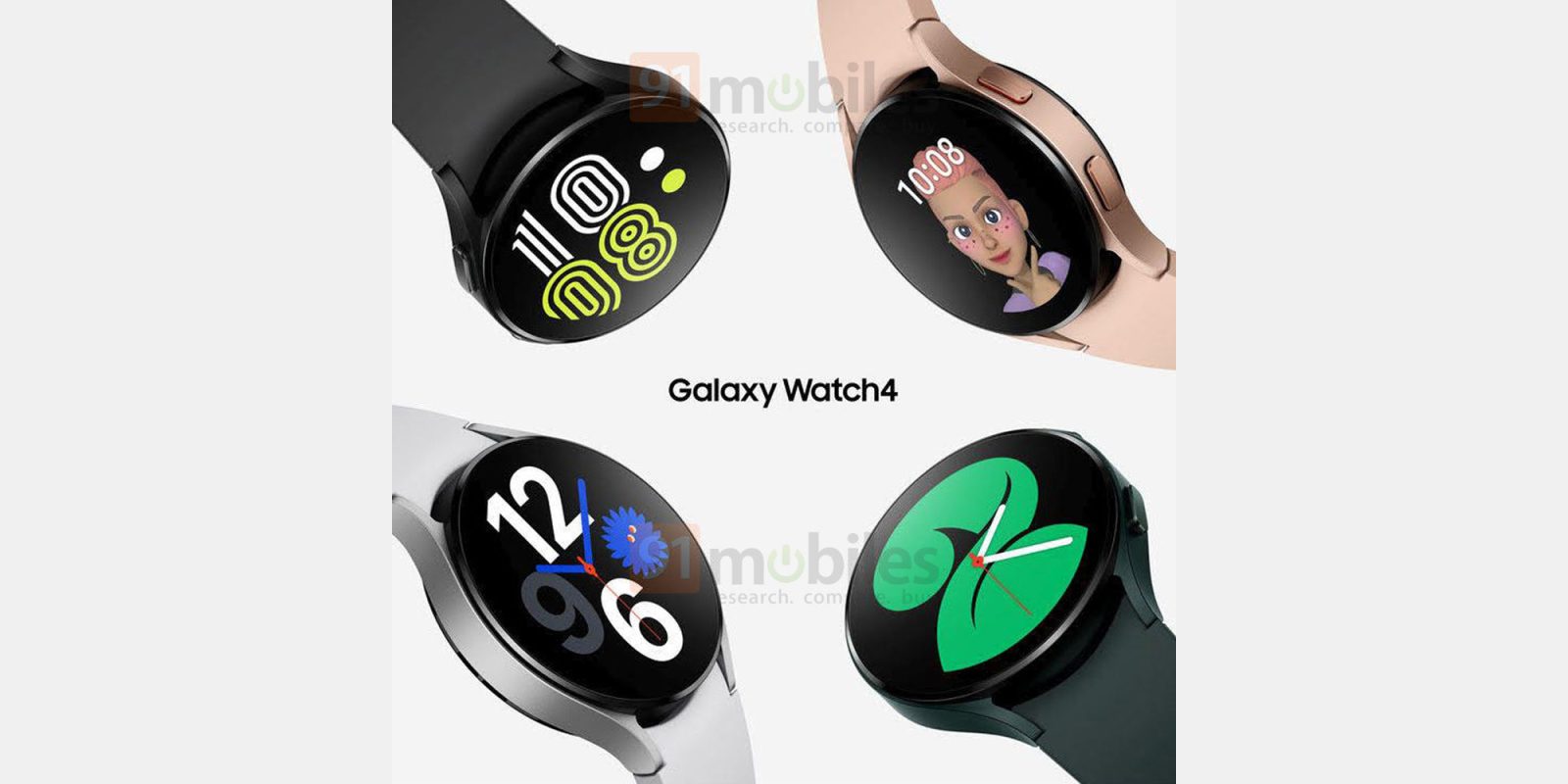 91Mobiles today posted a gallery of images of what is apparently the Galaxy Watch 4 series based on Samsung’s branding within. The complete redesign shows off a round design with flat edges, two buttons, slightly curved display glass, and the lack of a rotating bezel. The design here is a distinct difference from past Galaxy Watch models, with a design that looks much more like a part of the Active series.

The biggest difference, of course, is the rotating bezel’s removal. There’s certainly room for doubt that this is, in fact, the Watch 4 and not the Watch 4 Active, but there aren’t any major red flags here, and the publication claims the renders were obtained from a “reliable industry source.” It’s still known there are two Samsung smartwatches coming based on software and regulatory evidence, but these images do make one wonder given how similar they look to the previous Watch 4 Active leak.

This leak also gives us better confirmation on the array of color choices, which includes white/silver, green/silver, blue/black, coral/rose gold, and yellow/silver.

Whatever the case may be, though, it’s certainly exciting to see what Samsung has planned for the Wear OS reboot. The company has also teased that it will show off the software side of the equation at an MWC event next week.