Stadia for Android TV: Are all devices the same, and how do Bluetooth controllers work? 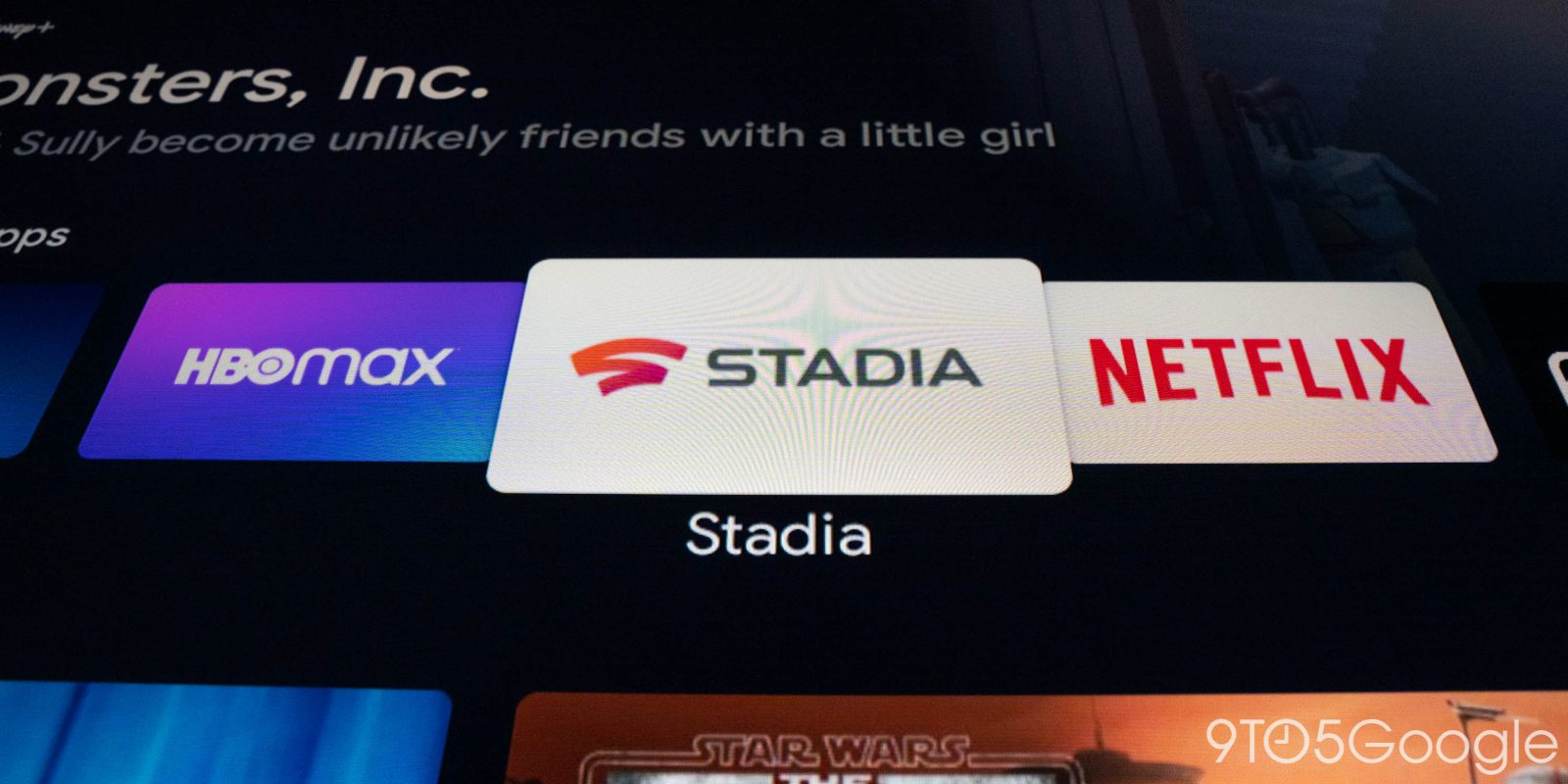 Google Stadia took its sweet time expanding beyond just the Chromecast Ultra for those who wanted to use their cloud gaming platform on their TVs, but the good news is that the time has finally come. Stadia is now available not just on Chromecast with Google TV, but virtually all Android TV devices. The question begs to be answered, though – does it matter what hardware you’re using?

Android TV comes in a ton of shapes and sizes. You can get it on a stick, on a dongle, on a box, in a soundbar, or even built into your TV. At launch, basically every device is technically supported, too, through Stadia’s “experimental” toggle. There is, however, a list of devices that Google has officially marked as fully compatible with Stadia. That list includes:

If your device isn’t on that list, fret not. Google will let you play Stadia on almost any Android TV and makes the process simple. At first launch after downloading from the Play Store, you’ll get a message saying the device isn’t officially supported along with a one-click way to ignore that and use the “Experimental” mode anyway.

Do different types of Android TV devices make a difference?

The big question about Stadia on Android TV, though, is if the device you’re using makes a difference when it comes to how the cloud-gaming service performs. Processing power technically shouldn’t be much of a concern, but are there any differences? To find out, we tested Stadia on 10 different Android TV devices, all with something unique about them.

Starting things off, there’s the “flagship.” Google’s own Chromecast released in 2020 and started the whole conversation about Stadia on Android TV. The $50 dongle is the showcase for Stadia on the big screen now, and as such, it’s one of the best places to use it.

Stadia on Chromecast with Google TV runs overall pretty wonderfully. When using a good connection there are virtually no differences between the service on this device versus the Chromecast Ultra experience it replaces. I was able to stream my main test game, Jedi: Fallen Order, in 4K HDR and Cake Bash also worked wonderfully with two Stadia Controllers connected. You’ll get standard quirks on Chromecast, though, like always needing to launch the app manually and the Stadia Controller not controlling the rest of the interface.

Undercutting the Chromecast with Google TV is Walmart’s $30 Onn 4K dongle. It’s also on Google’s list of officially supported devices for Stadia and one of the cheapest to make the list.

With lower specs than Chromecast, how does it perform? Really, it’s indistinguishable from the Chromecast. You’ll lack Dolby Vision support, but aside from that the performance is identical to Google’s device despite the lower-end chip within. That’s great news, as it means you can go to Walmart and spend just $30 to start playing Stadia on your TV with any Bluetooth controller. Notably, too, Stadia doesn’t trigger the irritating crashing issue that we noted in our recent review.

One of the places that Stadia makes the most sense is installed on your actual TV, no additional hardware needed. That’s what the Hisense U8G brings to the table, offering Android TV and official support for Google Stadia. As such, my testing went off without a hitch. Gameplay was smooth, and thanks to the astonishingly good performance of this TV, the app loads very smoothly. One of the best bits was that, unlike on some of the other combinations I tested, HDR worked flawlessly, triggering the TV’s HDR modes that made for some excellent Jedi: Fallen Order sessions. This $1,200 TV, though, may not be fully representative of everything out there.

The one issue I did have here was with Bluetooth. While I didn’t test controllers, I had a heck of a time trying to get Bluetooth earbuds connected so I could still play as my wife tried to sleep. The Galaxy Buds Live simply wouldn’t show up as a pairing option for the TV, leaving me to plug a pair of earbuds into the Stadia Controller itself.

The Xiaomi Mi TV Stick is pretty much the bottom of the barrel when it comes to performance in modern Android TV devices. That doesn’t really hurt Stadia, though. While the app took quite literally over a minute to load up, crashing once before fully working, gameplay was flawless once everything was properly booted up. I was able to jump into Dirt 5 and play with my Stadia Controller with absolutely no issues. Of course, that was in 1080p and without HDR by the nature of this low-end streamer.

The JBL Link Bar was perhaps one of the best concepts that Android TV brought to the market, but it failed terribly on the execution and left us with a device that underperforms in everything related to its Android TV half. Performance of the Link Bar is tremendously bad for the most part. This shows itself as you open the Stadia app on it, but since the app is just streaming games, that doesn’t matter. In fact, once you get past the splash screen, performance is just as good as anything else. But the poor Wi-Fi performance of the Link Bar hurts the experience tremendously. Despite being in the same spot as most of the other devices I tested, artifacting in the stream and hiccups were common, making Dirt 5 nearly unplayable in my test.

JBL Link Bar is, in theory, a good example of why Stadia could work so well on smart TVs. This supremely underpowered device can’t handle local games — it can barely handle the UI itself — but can stream 4K video just fine. However, it’s Wi-Fi performance and the lack of Ethernet that really kills this one.

The gold standard of Android TV for ages now has been the Nvidia Shield TV, so of course it goes to reason that the Shield would also be one of the best places to use Stadia too. And, yes, that argument certainly holds up.

Playing on the Shield, I noticed that the app launched ever so slightly quicker, but performance elsewhere was basically identical since, ultimately, all of these devices are accessing the same stream from Google’s servers. I did notice a handful of controller drift issues with the Shield, but that could either be attributed to the Shield Controller I was using at the time or Immortals: Fenyx Rising, which now that I’m finally trying it out, feels like a supremely unfinished video game. The same issues didn’t occur while I was using the Stadia Controller.

Operator Tier makes fundamental changes to Android TV, but there’s a middle ground in the Operator Tier Lite. One of the only devices using that option is the TiVo Stream 4K. Even though Google is giving this dongle away free to some of its YouTube TV subscribers, it’s not on the list of supported Stadia devices.

Despite that, I couldn’t see any differences when it came to using Stadia on the TiVo Stream 4K. It could be added to my apps row as usual, opened just fine, and pairing the Stadia Controller gave me full functionality almost instantly. It seems safe to say that Operator Tier Lite plays no role in affecting the service, certainly in no negative ways.

I was hoping to also dive into Android TV’s Operator Tier to see if it affects Stadia, but unfortunately, my Verizon Stream TV device was on the fritz. I couldn’t find the exact problem, but essentially it got stuck in the process of booting and wasn’t sending signal to my TV. Regardless, I don’t think there’s any reason to expect Operator Tier proper has any reasons for concern when it comes to Stadia as the pattern established so far implies. Plus, I was able to see the Verizon Stream TV as an install target from the Play Store, meaning it’s at least not blocked by Google.

How about Bluetooth controllers?

Most of my testing was done with the Stadia Controller that bypasses your hardware and controls the game directly on Google’s servers. Bluetooth controllers, on the other hand, logically have more room for input latency problems since they’re going through not only the internet, but also your device.

Luckily, Bluetooth controllers work about as well on Android TV as they do on PCs and Android phones. That’s to say that input latency is possible, but it’s something you won’t feel in a meaningful way most of the time. The Stadia Controller will always offer up the best experience, but you won’t suffer with a Bluetooth controller for the most part. My testing with the Nvidia Shield Controller left me with some joystick drift issues (possibly due to leaving the controller untouched for over a year now) while the Xbox Controller left me with virtually no issues whatsoever.

I tested Microsoft’s controller with Google’s Chromecast and was left impressed at just how well everything worked. A race in Dirt 5 felt identical to the Stadia Controller. Google also clearly did some optimization for Bluetooth controllers with this app. Generally, the “Xbox” button will close an app and send you back to the homescreen, but that doesn’t happen with the Stadia app, with it instead opening up the side panel with friends and settings.

Plus, Bluetooth controllers have an inherent advantage over the Stadia Controller since they can still control your Android TV once you’ve left the app. That alone makes Google’s official option just a bit less tempting when playing on an Android TV.

Why is Chromecast with Google TV the best option?

Our conversation about where you play Stadia on Android TV really boils down to one answer: there’s virtually no difference. If you already have an Android TV, there’s almost no reason to go out and buy a new device.

However, if you don’t own an Android TV already, I strongly feel that Chromecast with Google TV is the best option if Stadia is your primary focus. Why? Because the Chromecast is Google’s first-party TV device, it’ll likely get any future software perks for Stadia before others. I personally envision Stadia integrated into the Google TV homescreen so you can jump directly into games, but that’s something not here at this point. If something like that ever happens, though, it’ll be on Chromecast or other devices with the new Google TV UI.