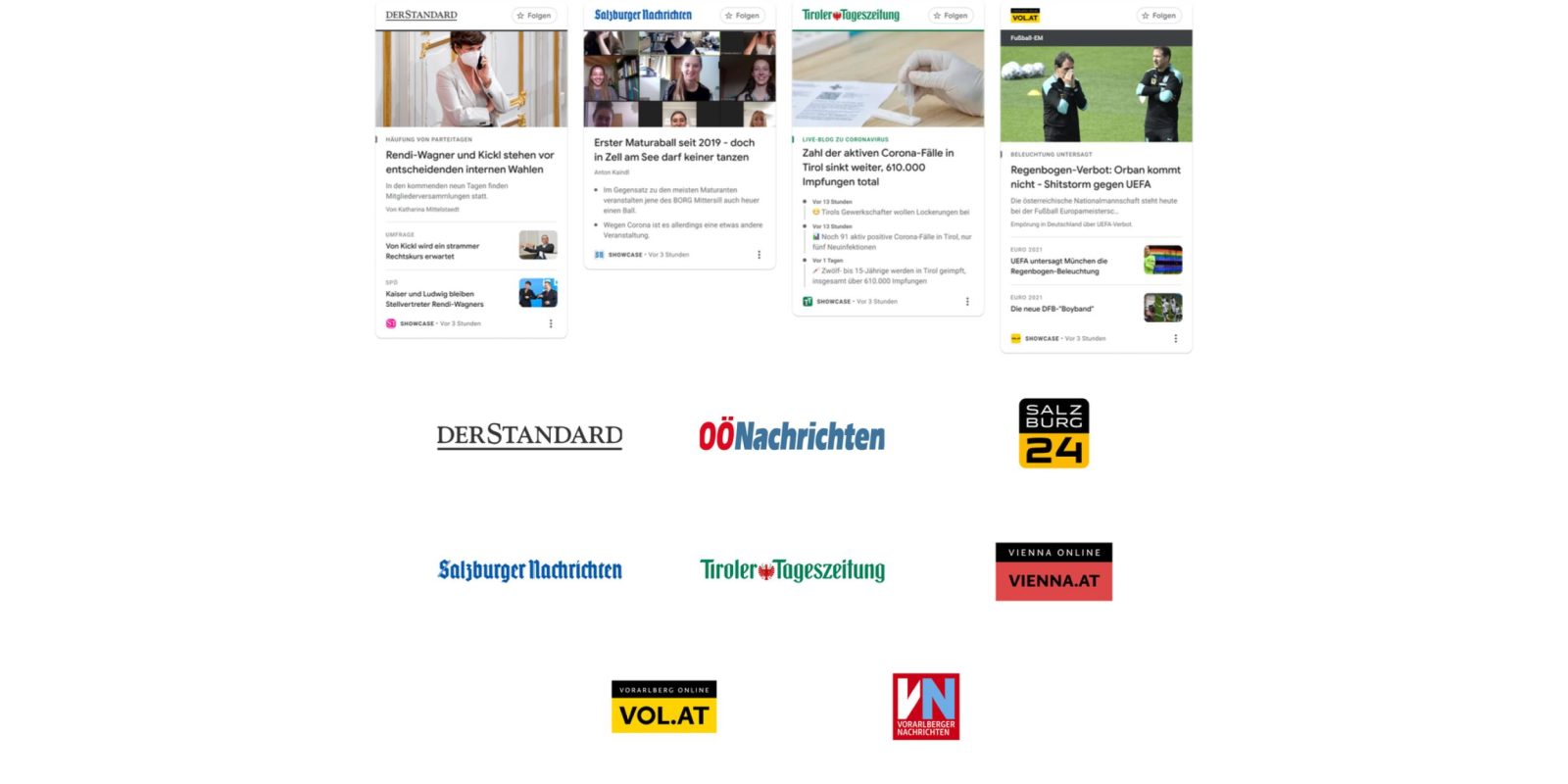 Google launched a $1 billion licensing program in October 2020 to support publishers and surface card-based content across its platforms. Google News Showcase is now coming to Austria.

The effort today has signed over 800 — up 100 from May — deals with news publications in Germany, Brazil, Canada, France, Japan, the UK, Argentina, Australia, Czechia, Italy, India, and Canada. Google notes that “more than half of which are in Europe.”

For Austria, Google News Showcase has signed partnerships with eight publishers that “represent a mix of local, regional, and national news organizations around the country.”

These swipeable News Showcase panels will appear in Google Discover and News. The licensing agreements will also see Google pay publishers so that certain paywalled content is available for free to provide a “wide range of news content” and in hopes of encouraging paid subscriptions.

It’s rolling out starting today and will automatically appear in those two products on Android, iOS, and web.