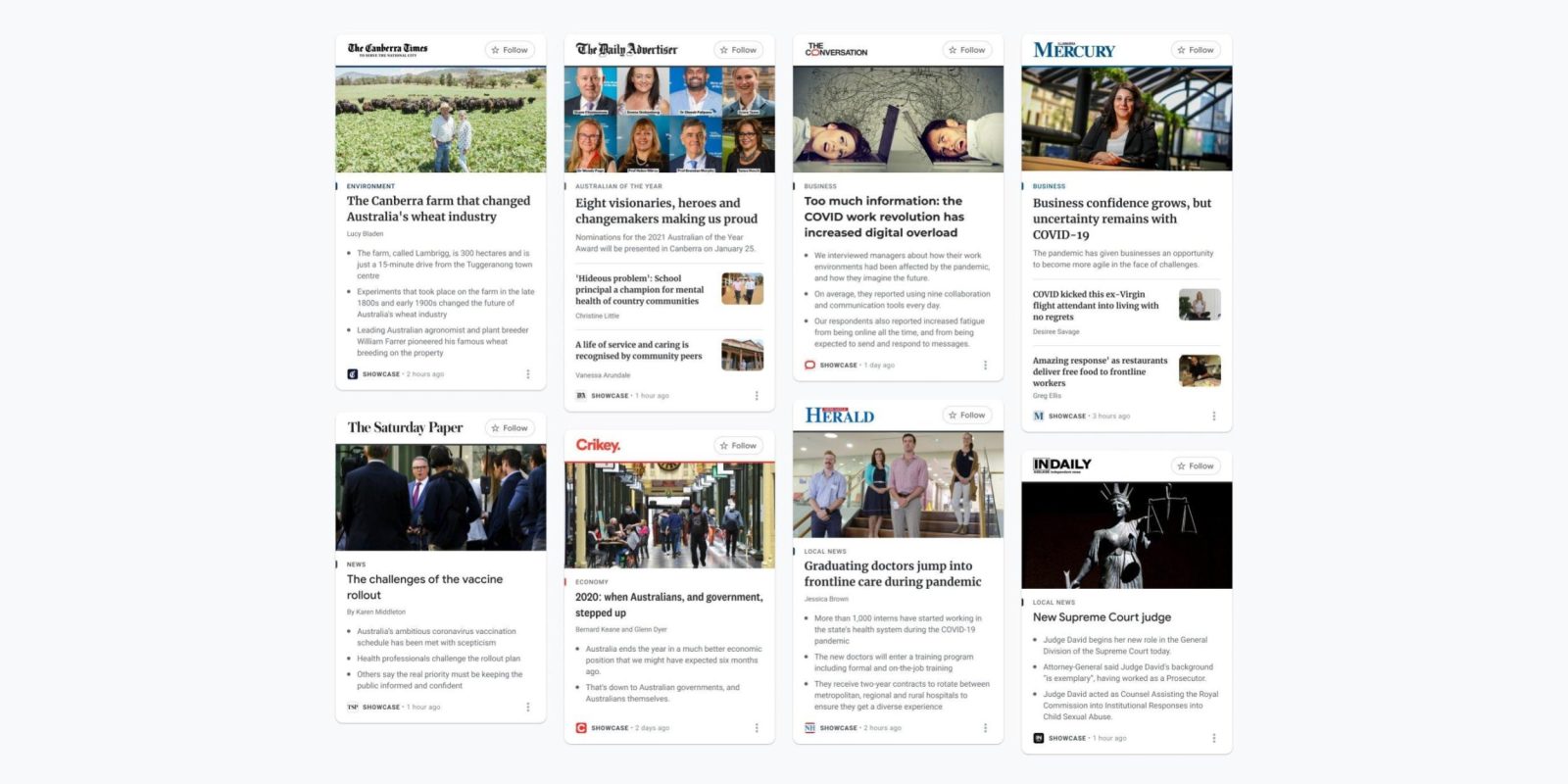 Google has a $1 billion plan to pay publishers for content that appears in a cross-service “News Showcase” product. This is the company’s preferred route to support journalism, and comes as it’s locked in a dispute with Australia over an upcoming requirement to essentially “pay for links.” Google News Showcase was just surprisingly announced for Australia.

On Friday morning in Australia, Google said it was “rolling out an initial version of the product to benefit users and publishers in Australia.” It’s specifically focusing on “leading regional and independent publishers.”

The Canberra Times, The Illawarra Mercury, The Saturday Paper, Crikey, The New Daily,  InDaily, and The Conversation

News Showcase is comprised of swipeable cards called “story panels” that can feature timelines, bullet points, and lists of articles, with plans to add video and audio in the future. Each one features publisher branding in the top-left corner and directly opens a corresponding article. They’ll be available in Google News for Android, iOS, and mobile web, as well as Discover on iOS.

This launch comes in the context of an ongoing dispute between Google and the Australian government on the “News Media Bargaining Code.” Australia was originally expected to be one of first countries to get News Showcase, but those plans changed amid uncertainty. This product is Google’s preferred alternative to the upcoming law.

Google now appears to have changed course, or is trying to incentivize publications to its side. The company said today it is “looking forward to bringing more Australian media partners on board in the coming weeks and months.”

Participating News Showcase publishers receive a set monthly fee for curating their articles for News Showcase, and in some cases for providing access to articles behind their paywall so that readers can see the value of becoming subscribers and publishers can build a relationship with readers.