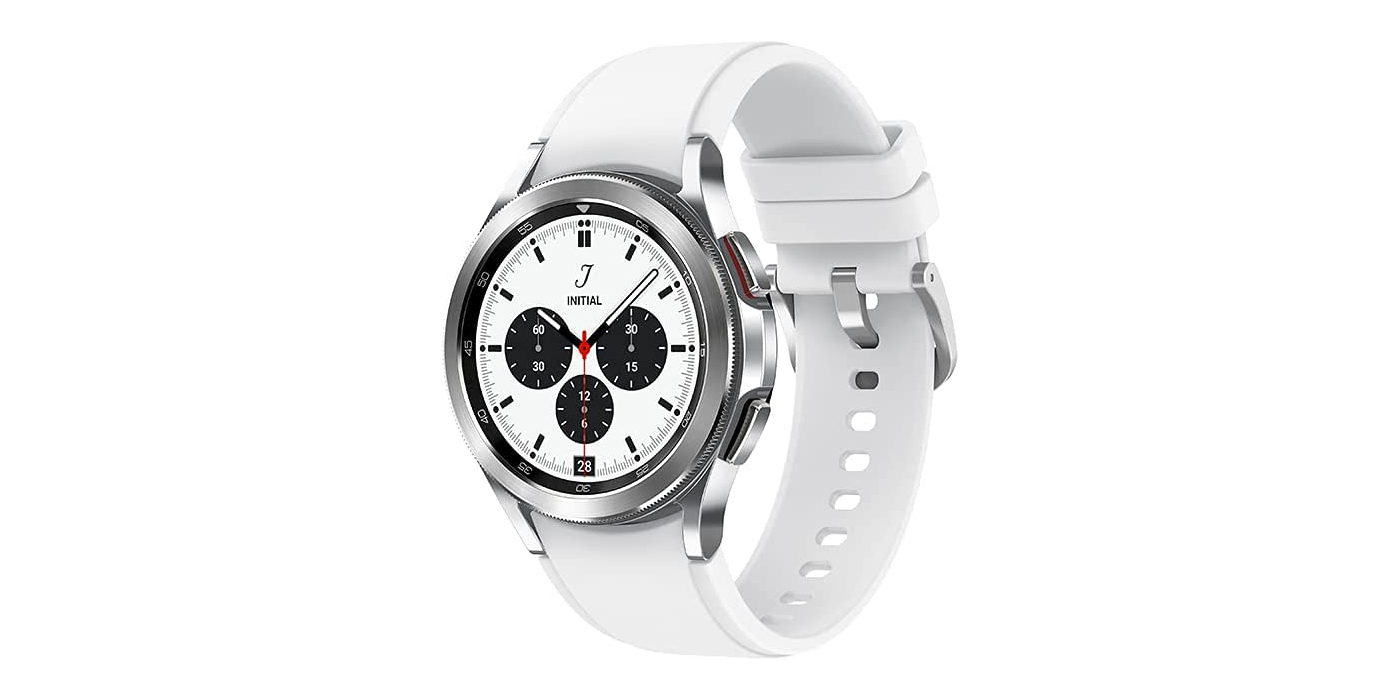 August has arrived, and with it, the countdown to Samsung’s next Unpacked event where we’ll see the debut of new foldables, earbuds, and the company’s first Wear OS smartwatches in years. This weekend, the first live images of the Galaxy Watch 4 Classic have hit the web, showing off both colors and a peek at the Wear OS UI.

Max Weinbach and 91Mobiles both obtained and published live images, the former having more images to share, of different Galaxy Watch 4 Classic variants. One is the black model, the other a polished silver version. Both appear to use the same stainless steel construction as past Galaxy Watch models with rotating bezels. Two physical buttons are also clearly visible, along with white and black bands that appear to be leather, though presumably a faux material.

As other leaks have shown, there is a physical bezel around the watch with numbers around the face to imitate the look of a classic analog timepiece. In the middle is, of course, a touchscreen that appears to have almost no additional bezel beyond those numbers.

The screen is on in both images, but there’s not a ton to gather from what’s displayed. There’s clear design inspiration from One UI on Galaxy smartphones, but not much obvious coming from Google’s Wear OS.

Weinbach also went on to share two images showing off the app drawer to One UI Watch and one of Samsung’s built-in watchfaces.

This article was updated after publication to include images posted by Max Weinbach.