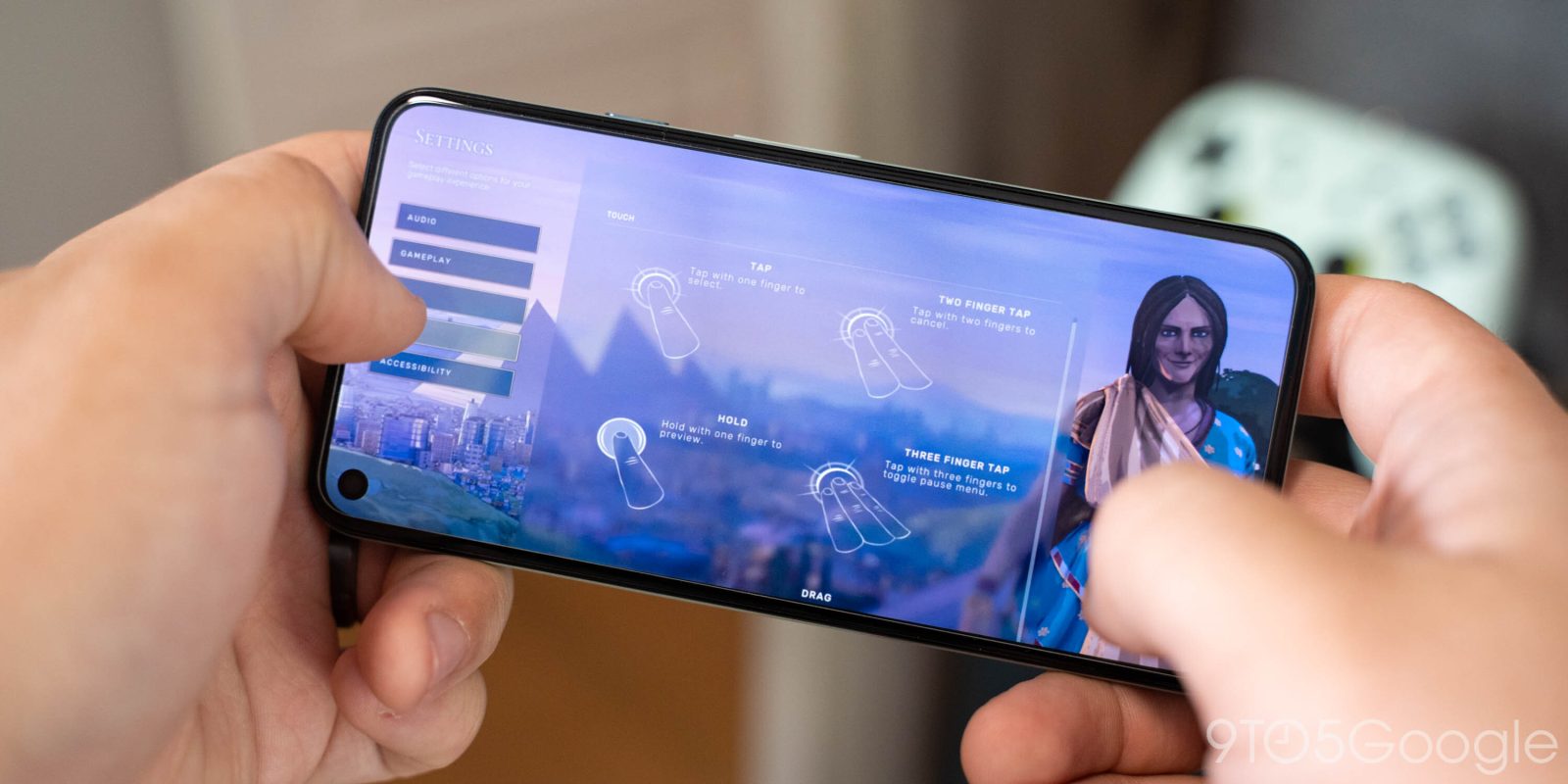 Upcoming 4X game, HUMANKIND will introduce a new “direct touch” control method to Stadia for mobile, along with an in-depth integration of Stadia’s State Share.

Thus far, Stadia has offered only two ways to play your favorite games: you can either connect a controller or play from a keyboard and mouse. In case you don’t have either handy, Stadia for mobile also offers a touchscreen-based “controller.”

With the release of HUMANKIND, SEGA and Amplitude’s upcoming contribution to the beloved genre of 4X turn-based strategy games — a genre known to not play particularly well with a controller — Stadia is debuting an entirely new way of controlling games. Instead of relying on a controller, players on Android (iOS will join the fun later) can take advantage of “direct touch,” which sends your on-screen taps through to your game.

Under the hood, Stadia has to calculate where your finger presses are relative to the video stream and send that information back to the cloud server. It should be interesting to see how well Stadia’s direct touch works, as any input latency will be far more noticeable on a touchscreen than in a controller, and in the case of a 4X game like HUMANKIND, accuracy is critical.

To try out Stadia’s direct touch for yourself, simply open up HUMANKIND (launching next week) on your phone or tablet without a controller connected. Stadia will then offer to switch to direct touch controls. As you might expect, each game will handle touch controls in their own way, with HUMANKIND distinguishing between single, double, and triple finger gestures.

Regardless of how you choose to play, HUMANKIND has more to offer on Stadia than other platforms, as it will use State Share to let players “Leave Their Mark” for others.

Once you’ve completed your final turn of a single-player game, everything you’ve done along the way — challenges completed, memory events, archeological sites you’ve left behind, and more — will be “imprinted” into a unique State Share link. By sending your link to a friend, they’ll be able to start a new game from the same seed.

During the campaign, they’ll see your accomplishments and be challenged to live up to or exceed them, while key memories from your run can be found in-game. In the end, your two runs will be compared to see who was able to earn the most “Fame” for their deeds.

Like Hitman 3 before it, it’s all too easy to share a HUMANKIND state. Simply take a screenshot or record a video, and Stadia will automatically do the work of imprinting your progress up to that point into the capture. Anyone who clicks your capture can not only see the greatness of what you achieved, but they can seek to claim it for themselves.

Putting it all together, SEGA and Amplitude are clearly using the full potential of Stadia to help HUMANKIND “leave its mark” on the genre of culture-building strategy games. HUMANKIND will arrive on Stadia and beyond on August 17 and is available for pre-order now.