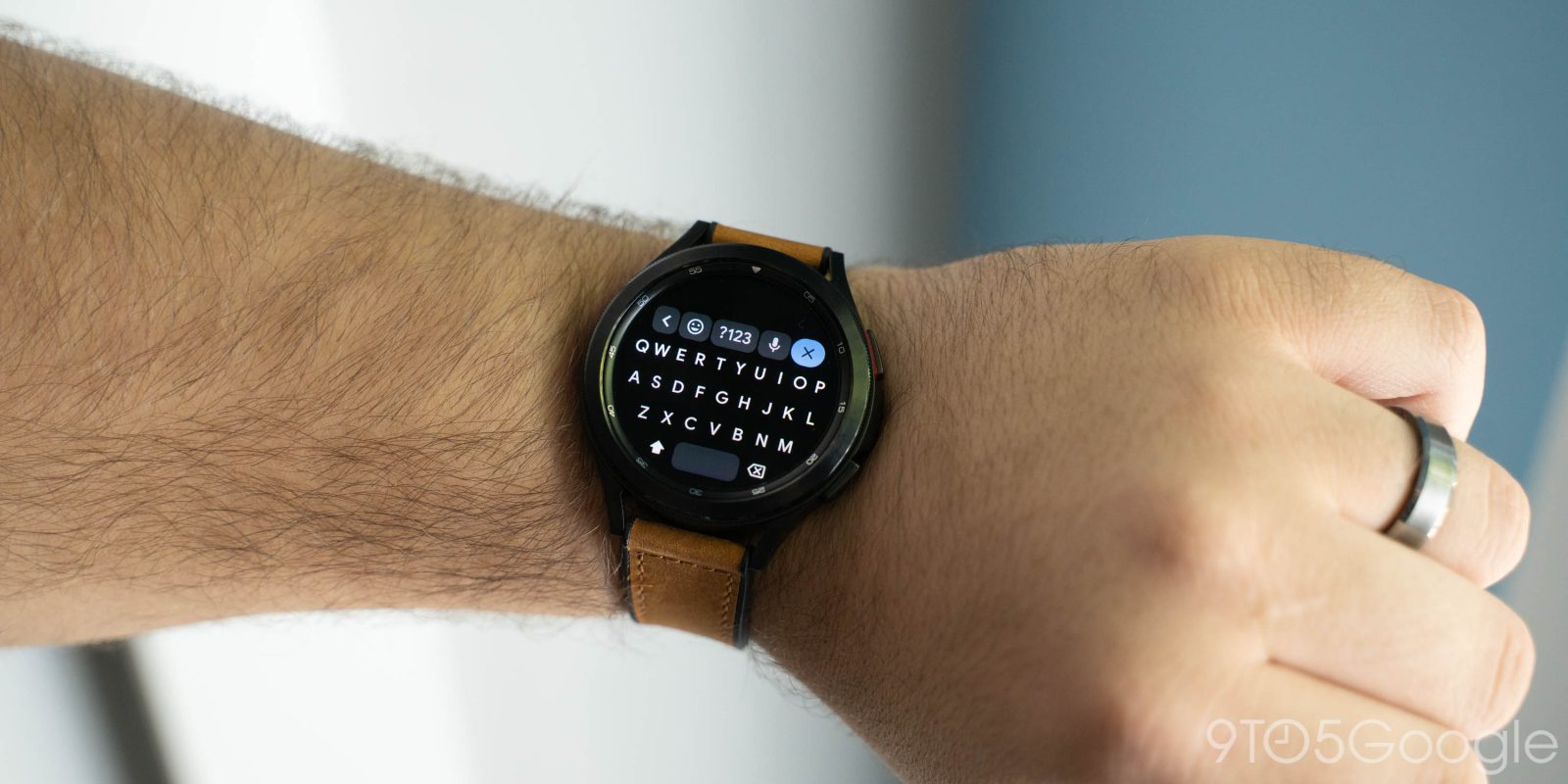 Regardless of the size of your smartwatch, inputting information on it can be a pain. Text input is done best by voice, which makes that tech crucial to get right. On Samsung’s Galaxy Watch 4, the default is Samsung’s engine, but it’s easy to switch over to Gboard for some big improvements.

Samsung’s default keyboard uses Samsung’s voice engine which, frankly, isn’t very good. We’ll have more details in a coming review, but in the past two weeks using the Galaxy Watch 4 I’ve had more than one frustration with the voice-to-text being slow and inaccurate.

This is where Samsung’s use of Wear OS comes in handy. It’s not pre-installed, but you can download Gboard from the Google Play Store and when installed, it’ll give you both a new keyboard layout option and better voice-to-text. It’s pretty widely known that Google’s voice-to-text is both accurate and fast, so it’s a great addition to the Watch 4. Notably, though, it can still take a second to start recognizing voice input just like Samsung’s option.

Google’s keyboard also makes a better option, at least in my opinion, on the Galaxy Watch 4. Samsung’s default keyboard is locked to T9 input which, while small-screen-friendly, is slow and a pain for inputting longer bits of text, such as a Wi-Fi password. Gboard, meanwhile, gives the Galaxy Watch 4 a proper QWERTY layout that has been tried-and-true on older Wear OS devices with fairly easy input and good predictive text.