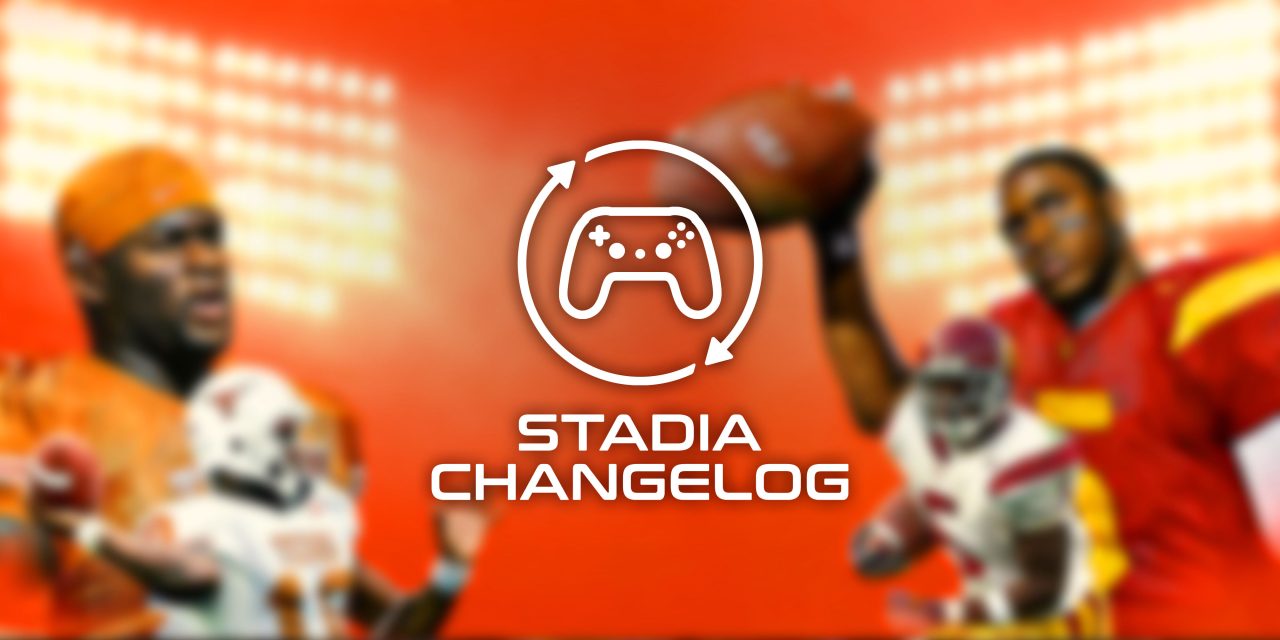 The past week on Google Stadia saw the surprise debut of ARK: Survival Evolved, but elsewhere, there’s good news for college football fans in EA Madden, as well as updates going around for other titles.

This week two new games made their way to Google Stadia as a part of the new Pro lineup. This includes ARK: Survival Evolved, which was first announced in late 2020 and delayed ever since. Despite those delays, though, there are a lot of issues with the port so far.

Both of this week’s releases are free as a part of Stadia Pro, with the two releases bringing Stadia past 100 total Pro games since its 2019 launch. As of this week, Google has added 70 games to Stadia in the calendar year 2021 on its way to the promise of at least 100 titles added this year.

Google didn’t officially announce any new games headed to Stadia this week, but there was some news. Darkwood, a horror game, was spotted passing through the USK, PEGI, and the ERSB, suggesting a release could be coming up soon. Further, Realm Legends, an indie title, announced that it intends to support Stadia upon release in 2024.

Finally, an eagle-eyed Redditor found that Stadia was directly mentioned on the official site for the upcoming game Hot Wheels Unleashed. The game is set to release on September 30 but has never officially announced Stadia support.

Early this year, EA announced that after years without it, the company would be developing a college football video game in line with its Madden NFL series. Now, we’re getting a first taste of what that might be like.

Orcs Must Die 3 finally gets updated

Several weeks after it debuted on other platforms with a sizeable update attached, Orcs Must Die 3 is finally bringing that update to its original platform, Stadia. The full patch notes are available here, and the developers say that this update should have fixed some issues with languages.

In a post on the Stadia subreddit this week, the developers of former-exclusive Wave Break announced that a new update would be available on the game this month with the following changes:

As of this week, Ubisoft+ is now available in every region that Google Stadia is in. This includes Spain, Italy, Switzerland, Austria, Czech Republic, Denmark, Finland, Poland, Ireland, Sweden, Belgium, Hungary, Norway, Portugal, Romania, Slovakia, and the Netherlands as new regions.

Marvel’s Avengers has rolled out a new update this week. This latest patch includes two new mission chains for multiplayer sessions, “Fragment Extractors,” and a new Black Panther outfit based on T’Challa’s costume in the Marvel Studios films.

The latest installment in the Hitman 3 Seven Deadly Sins series has arrived with the “Season of Gluttony” beginning this week.