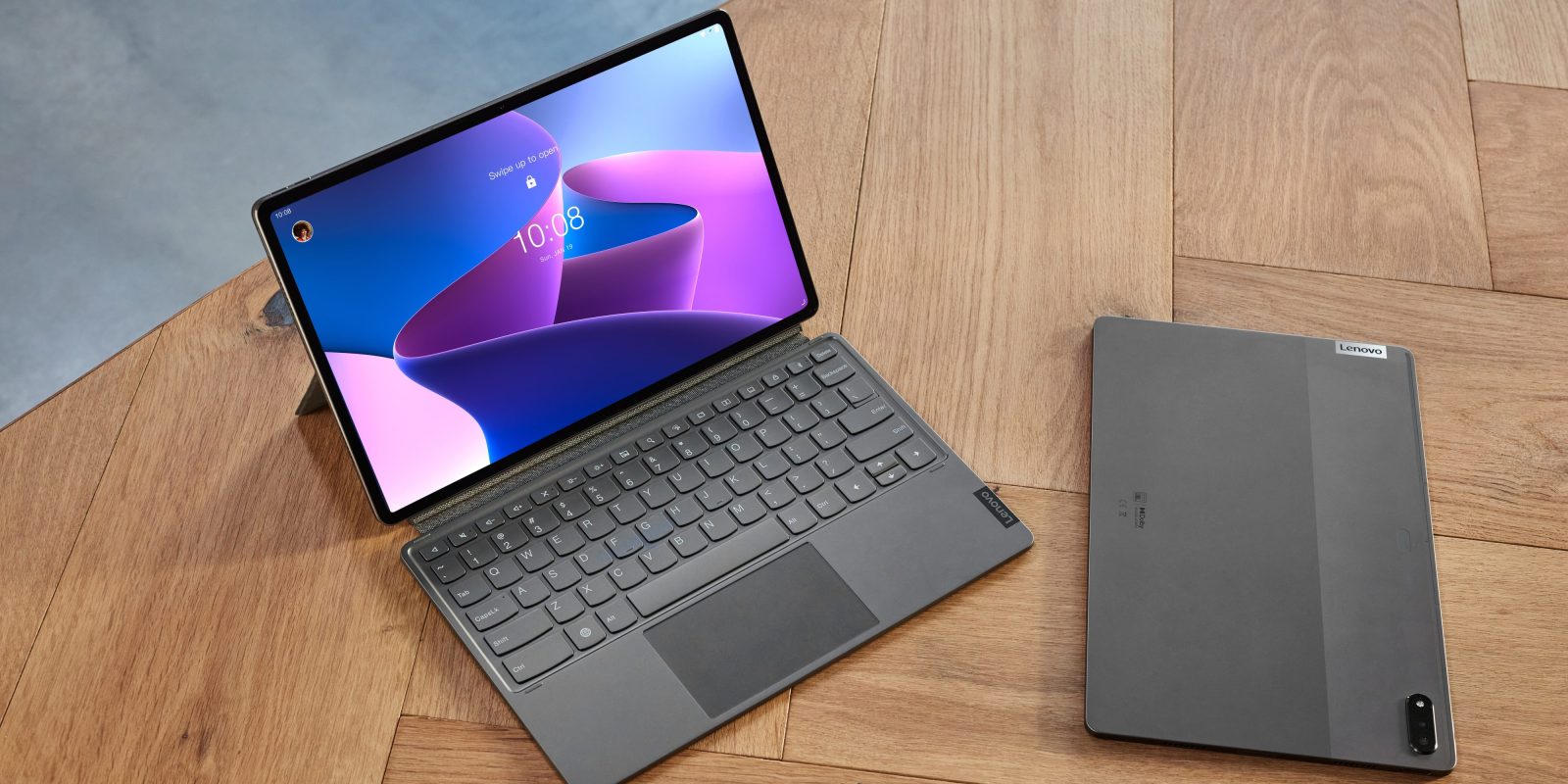 The Lenovo Tab P12 Pro has a 12.6-inch OLED display at 2560×1600. Lenovo says the tablet boasts an 89% screen-to-body ratio and has a 120Hz refresh rate. The tablet also has four speakers tuned by JBL, an 8MP camera for video calls and face unlock, as well as a 13MP + 5MP ultrawide pair for the rear. A fingerprint sensor is also built into the power button.

Lenovo includes its “Precision Pen 3” in the box with the P12 Pro (on certain models), and notably, the stylus charges through the tablet using NFC. That power comes from the 10,200 mAh battery that can charge at up to 45W over USB-C.

As for Android, the tablet is running Android 11 out of the box and is guaranteed at least one major software update, presumably to Android 12. It comes preloaded with Google Entertainment Space and Kids Space, too, as well as Microsoft Office and Amazon Prime Music.

Another new software trick Lenovo is including on the P12 Pro and its other tablets running Android 11 or higher is “Project Unity.” This app can talk to Lenovo PCs using Windows and allow the PCs to extend their screen to the tablet wirelessly. Lenovo’s key selling point for this feature, which others have implemented previously, is that “Unity” doesn’t take over the entire tablet, but rather allows Android features such as picture-in-picture video to be still used. Project Unity will be available in October.

The Lenovo P12 Pro will go on sale in the US in October starting at $609, with a 5G model being sold in EMEA from €899. A 5G version of the Lenovo Tab P11 will also launch in that region for €499. The company will also launch a pair of wireless earbuds for $99 starting in Q3.