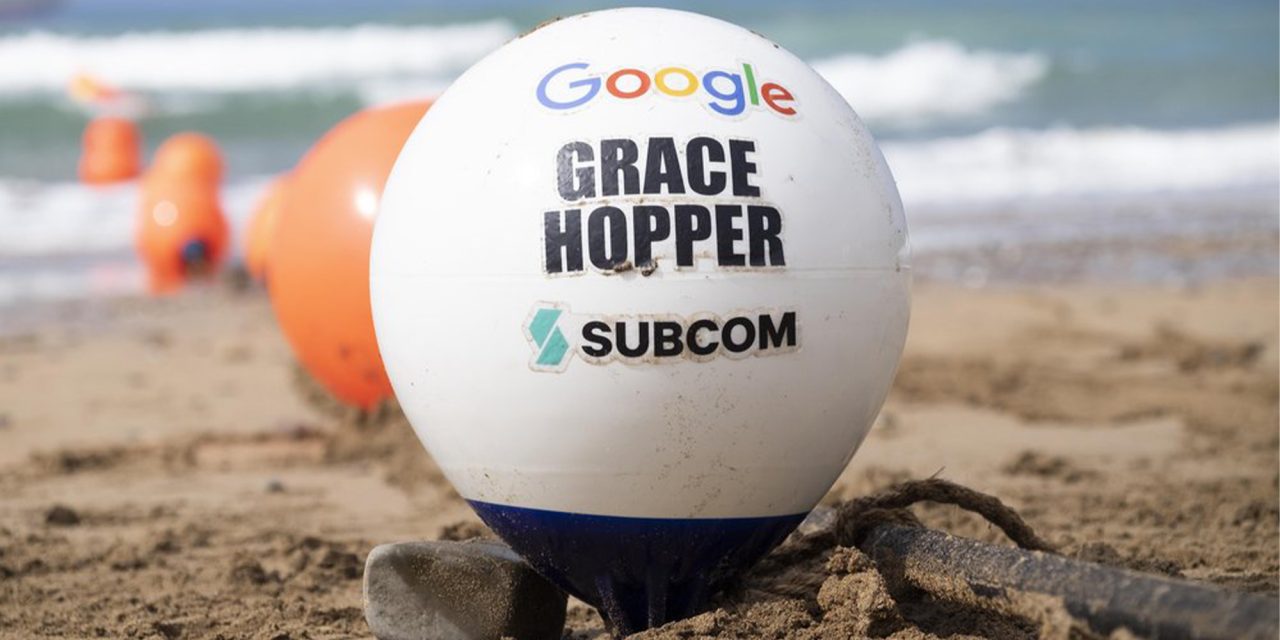 Named after the computer science pioneer, the Grace Hopper cable runs from New York, US to Bude, UK and Bilbao, Spain. One of the biggest upgrades to the Google network, this is the first Google-funded cable to cross the Atlantic and will help improve the infrastructure for those in the UK.

The 16-fiber pair has been laid to “improve the resilience” of the Google network used by “consumer and enterprise products”. Landing on British shores only covers 50% of the journey of the Grace Hopper cable, with Bilbao, Spain the next destination. Google has targeted 2022 for completion with the Bilbao leg of the cables journey aiming to provide tighter “integration with the upcoming Google Cloud region in Madrid.”

The cable will use novel “fiber switching,” which Google says will help reduce outage risks and increase network stability and reliability. Once completed, the Grace Hopper undersea cable will carry traffic quickly and securely between the continents while increasing traffic capacity for Google services like Meet, Gmail, and Google Cloud.

The Grace Hopper undersea cable represents the start of ongoing investment in the United Kingdom and is the first such cable to connect the US to the UK since 2003. This is Google’s fourth cable, preceded by Curie (US to Chile and Panama), Dunant (US to France), and Equiano (Portugal to South America). By directly owning and operating the cable system, Google will be able to “add a layer of security beyond what’s available over the public internet.”