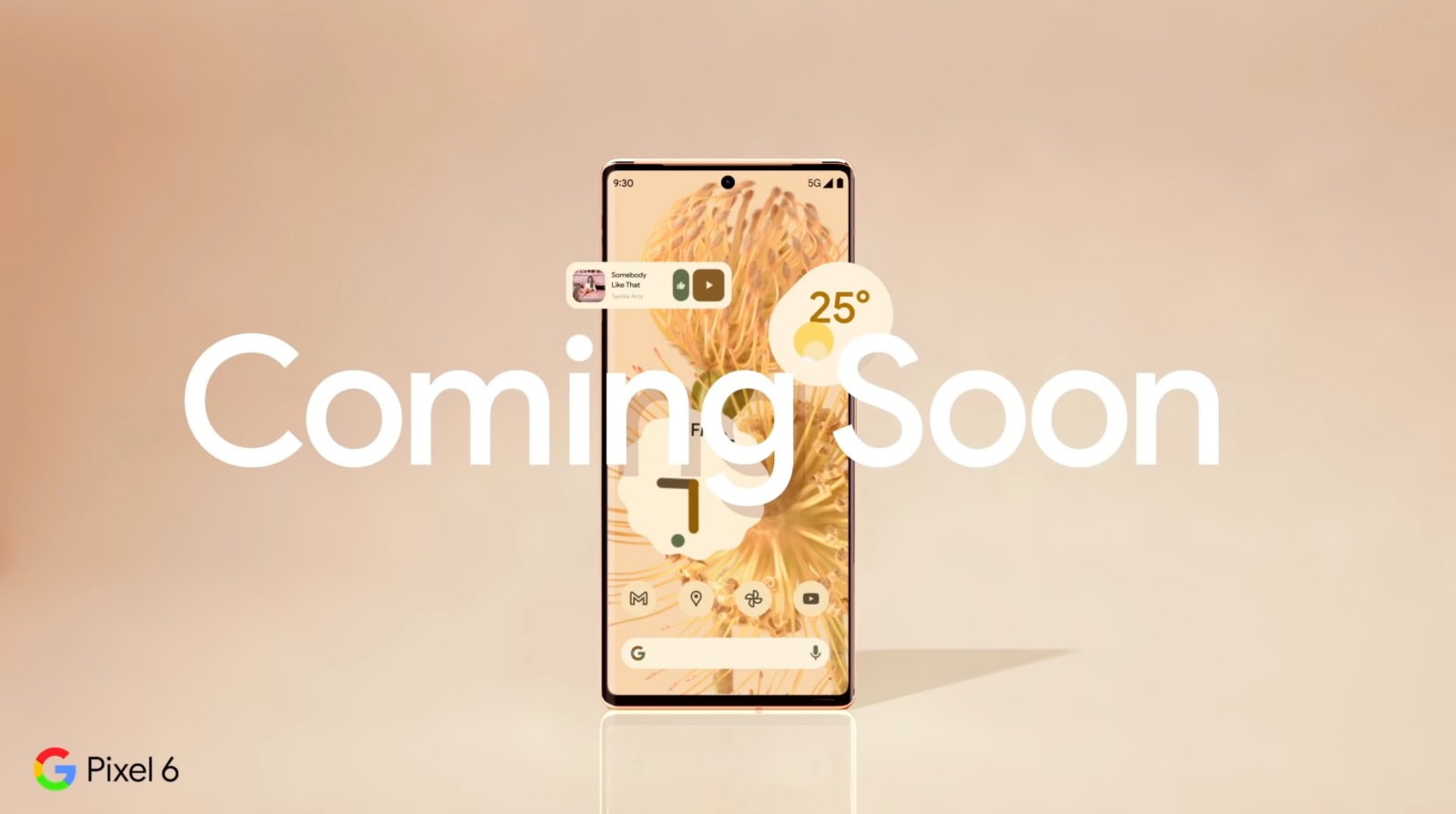 At the start of September, Google started teasing its next flagship phone with a “Coming Fall 2021” date. That has now evolved into “Coming Soon” with the latest Pixel 6 ad from Google Japan.

The ad is very much in the style of the inaugural “For All You Are” 30-second clip that’s prominently shown online and on television. It went live in Japan on October 1, and starts by saying how similar today’s smartphones are. The Pixel 6 is presented as breaking that mold and the first shot of it today shows two music widgets.

We see a bulbous x-shaped homescreen object that is rotated differently from what we have in Google Keep and Drive. It’s used for music controls with back and skip at the left and right, respectively, while pause is below and track/name artist on top. It’s unclear what the center button would do. Meanwhile, the other widget is more conventional, but not realistic as the controls are much too small to be tappable.

These are not actively in development from what we’ve enabled in YouTube Music. However, we get another glimpse of the more probable Now Playing widget redesign, toward the end, which only has play and “like” controls.

Other widgets shown are for weather, Photos, conversations, and Clock. The latter again features the day/date unlike what’s live in Google Clock today.