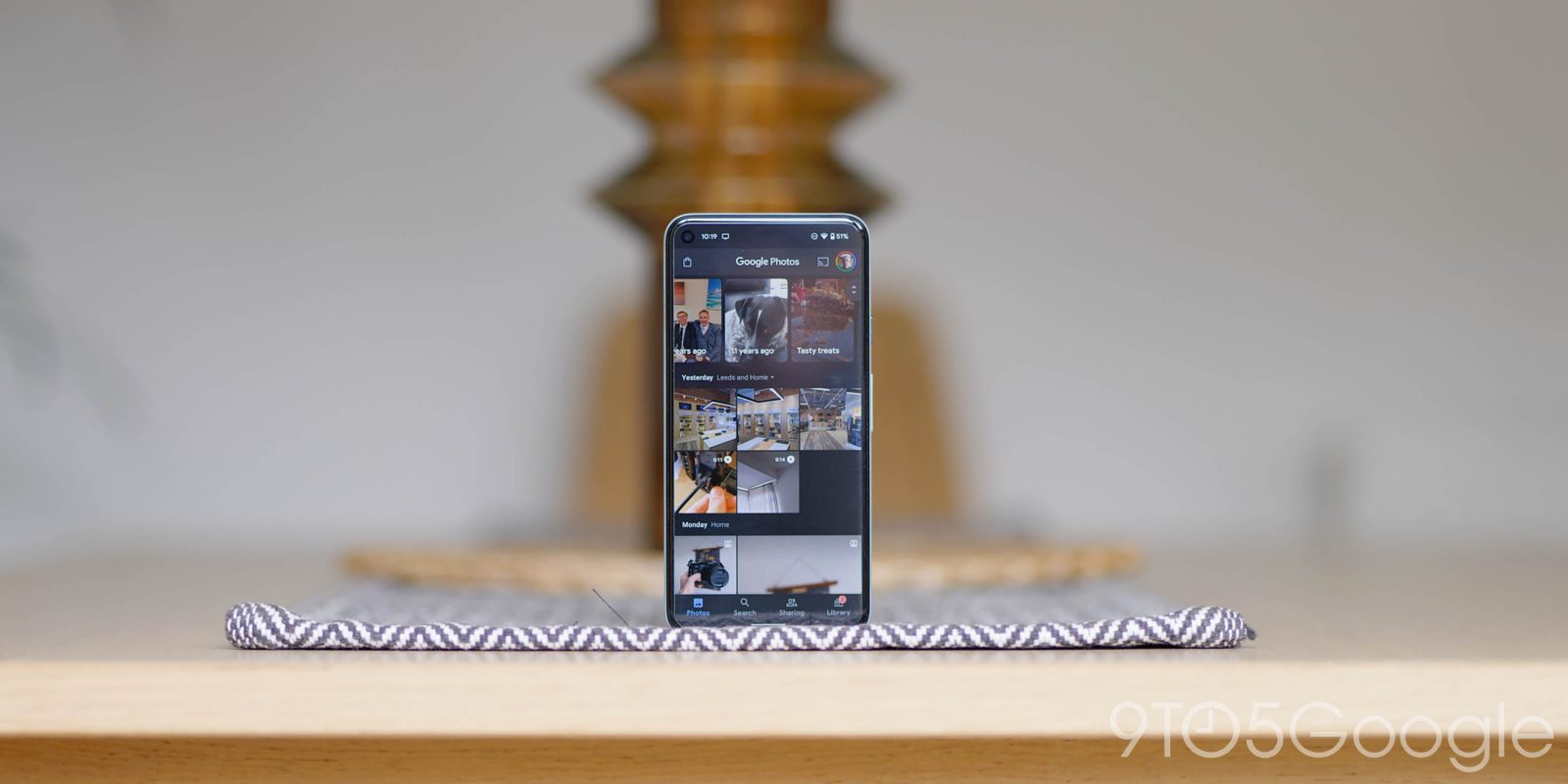 Outside of Workspace apps, Google Camera, Clock, Contacts, and Phone have already been updated with the company’s new design language. Google Photos is the latest app to get Material You, though it’s a work in progress.

Update 10/1: Dynamic Color is now widely available in Google Photos. It appeared for some users earlier this week, but it was far from a full rollout. Various icons and buttons now adopt DC, while it is most noticeable on the tall bottom bar, search field, and Library tab.

This phased process that sees Material You first and then Dynamic Color was also seen with Google Phone and Messages. You might have to Force stop Google Photos from App Info before it properly appears, and make sure you’re running the latest app version.

Original 9/15: The most prominent change is the taller bottom bar that allows for a pill-shaped selection indicator. That particular highlight — and others — are blue, with Google Photos not yet leveraging Dynamic Color. This is similar to the current Google Phone Material You revamp but will presumably change in the future for Pixel owners.

Elsewhere, the app bar is now flat and blends into the background, while buttons for “Favorites,” “Utilities”, “Archive,” and “Trash” in the Library tab lose their outline for an elevated and filled look. That change also applies to album covers that now feature more rounded corners.

That increased curvature also applies to the tools carousel in the image/video editor. Lastly, in “Search,” the top field is now pill-shaped.

Version 5.59 is rolling out now via the Play Store with the Google Photos Material You redesign. The update is not yet widely available. This new look joins the delightful “Your memories” homescreen widget introduced in August for all Android versions.

More about Material You: