Here are some Pixel 6 wallpapers to match the ads [Updated] 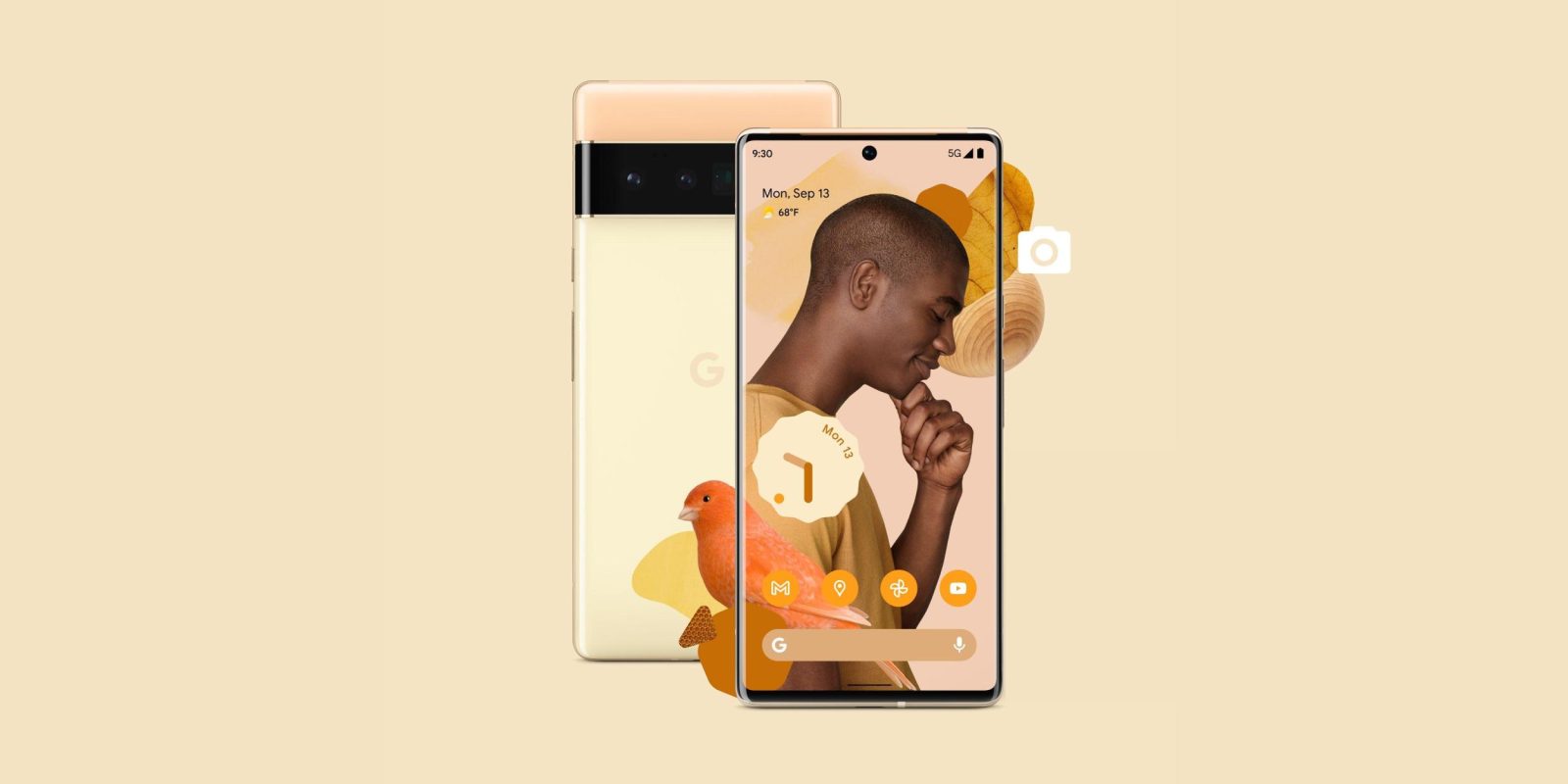 Part of the marketing for the Pixel 6 is the ability to make it yours, including Android 12 matching its colors to your wallpaper. A new set of colorful wallpapers have arrived for download that match the designs seen in ads for the Pixel 6 and Pixel 6 Pro.

From the moment Google first unveiled the Pixel 6 and Pixel 6 Pro, we’ve known that each phone would be available in a trio of colors. While we’ve not heard anything concrete about the names for these colorways, we’ve seen the standard Pixel 6 in green, red, and black, while the Pixel 6 Pro will come in silver, gold, and black.

More than any previous year of Pixel phones, the color is critically important for the Pixel 6 series. Android 12 has set the stage for this with the availability of “dynamic colors” in its Material You design language, recoloring all sorts of apps to match your current wallpaper.

To take things a step further, why not use a wallpaper that matches your phone’s exterior? In a recent magazine ad, Google did just that, showing off all six colorways of the Pixel 6 along with a matching wallpaper.

Shared on Twitter by M. Brandon Lee — who recently shared European pricing for the Pixel 6 series and some rough camera samples from a Pixel 6 Pro — a new set of wallpapers shows off nearly every design from that magazine advertisement. The only one missing is the purple wallpaper shown on the smaller black Pixel 6, and in its place we find one with notes of gray and beige.

Update 8/8 11:40pm: We’ve discovered that these wallpapers will not be featured on Pixel 6 phones. Instead, these are promotional wallpapers that are intended to be exclusive to certain retail employees, as part of Google’s continued marketing push for the Pixel 6 series.

In the original ads, one noticeable aspect was that the themed icons on the homepage used much bolder colors than seem to be possible in the Android 12 Beta on Pixel phones today. In our testing, there isn’t anything special about these wallpapers to trigger the colors shown in the Pixel 6 ads.

Despite being unofficial, these wallpapers will certainly feel right at home on the Pixel 6 and Pixel 6 Pro when they launch later this month. If you’re looking strictly for official wallpapers, one collection of illustrations cleverly disguises the now-centered selfie camera, while another collection uses flowers to match the two phones’ various colorways.

We’ve updated the headline and removed all mentions of these wallpapers being leaks, as this was later found to not be the case. Though the wallpapers are “official,” they will not appear on consumer Pixel phones.