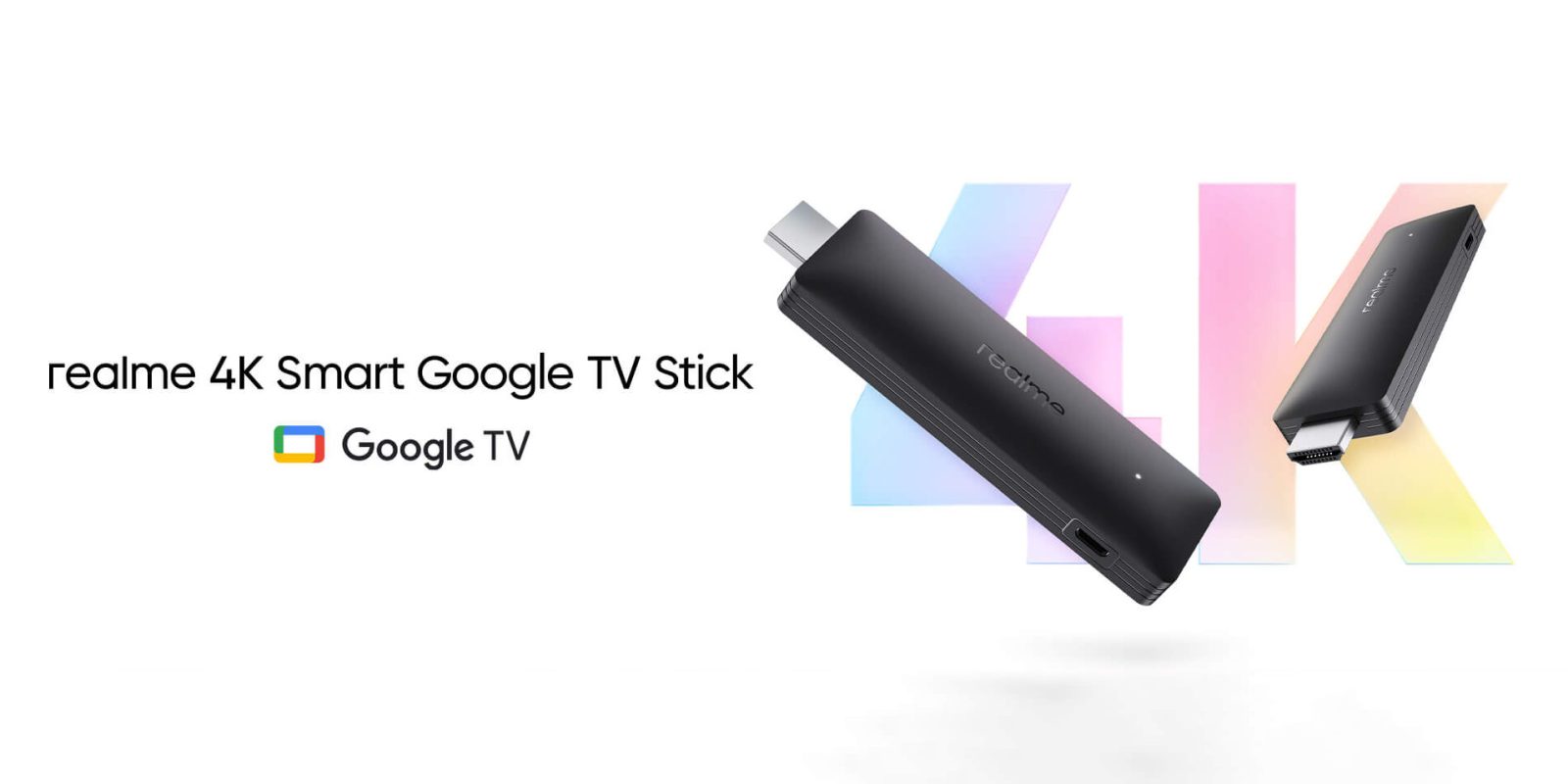 Google TV made its debut first on the Chromecast streaming dongle, but in the year since, we haven’t seen anything beyond full-size televisions running the platform. That’s set to change next week, as Realme will launch the first Google TV streaming stick.

First teased earlier this month, the Realme 4K streaming stick represents two big firsts for Google TV. For one, it seems to be the first Google TV device launching in India, a region where the platform itself isn’t officially supported just yet.

Beyond that, though, the Realme streaming stick will be the first Google TV streaming device that’s launched since Google’s own Chromecast. The Google TV platform has expanded over the past year, but only on televisions sold by Sony and TCL. Streaming sticks from the likes of Xiaomi that launched over the past year stuck with the standard Android TV platform, and nothing has been upgraded from one to the other either.

On a teaser website, Realme says that its streaming stick will launch on October 13. The site further mentions that the stick has HDMI 2.1 support, HDR10+, and 4k60 too. Support for Netflix and Prime Video are further mentioned, oddly alongside a callout for Play Movies and TV, which has been replaced by native integration on the Google TV platform.

Pricing for the Realme stick remains to be seen, but it certainly looks like a compelling Chromecast alternative.