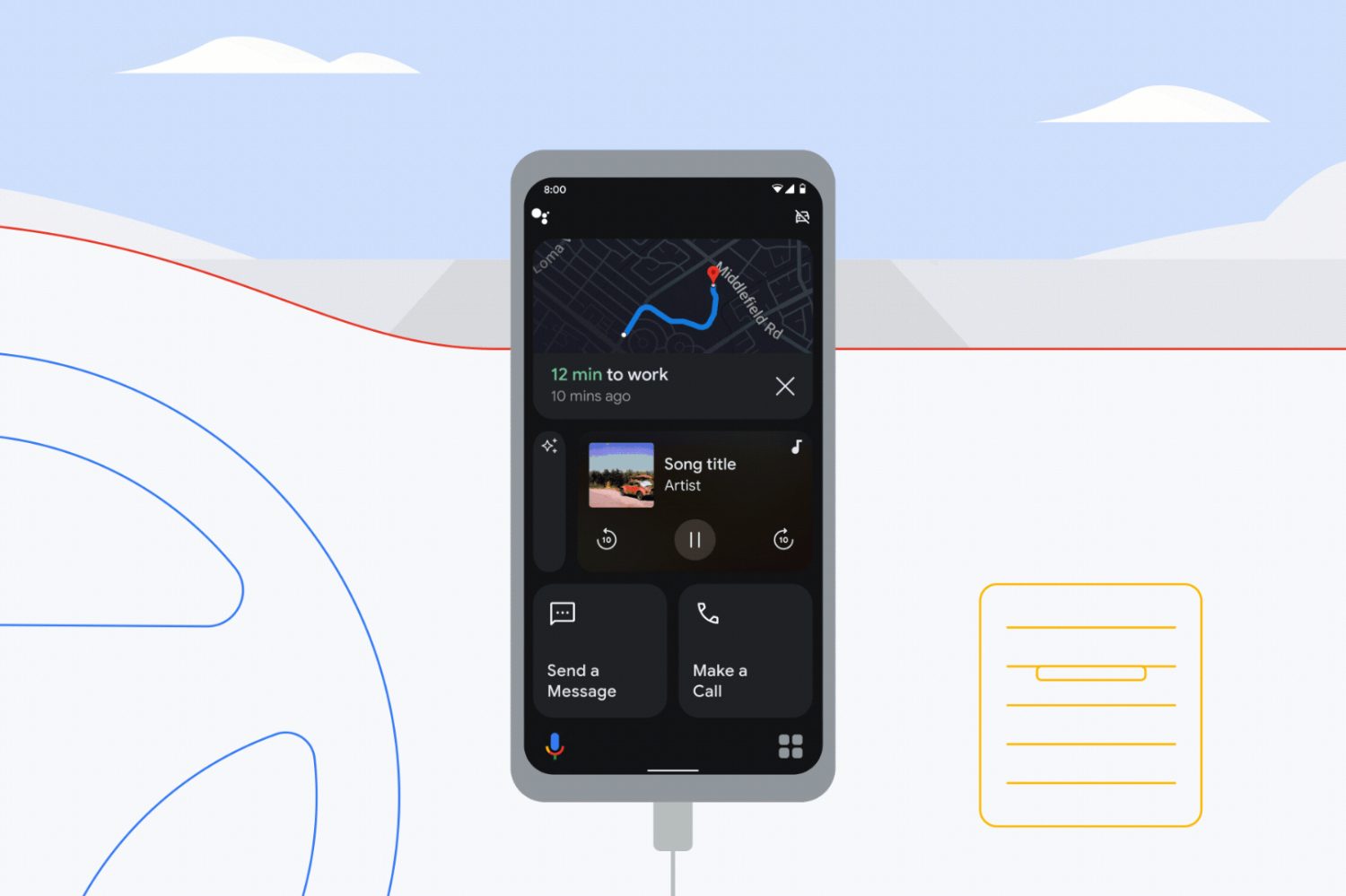 With Android 12, the “Android Auto for Phone Screens” experience is going away in favor of Google Assistant. That transition is happening for more users as of late, while Assistant Driving Mode can now auto-launch when it connects to your vehicle’s Bluetooth.

For some, Android Auto on phones started disappearing in August. Opening the Auto app on several Android 12 devices today no longer shows the previous experience and instead opens settings. A top banner details the change and tells users about the alternative. That said, not all devices running Android Auto 6.9 or 7.0 have lost the legacy UI.

At the end of September, Google made official a dashboard UI for Assistant Driving Mode that was previously telegraphed at I/O 2019. It shows a map, place suggestions, media recommendations, now playing controls, and call/text shortcuts. This homescreen, which is powered by the Google app, upgrades the bottom bar Driving Mode that first launched last November in Google Maps.

Assistant Driving Mode can now automatically launch “when connected to your car’s Bluetooth.” It’s set to “Do nothing” by default, while there’s also “Ask before launching.” Another option lets the assistive UI auto-activate when driving — motion — is detected.