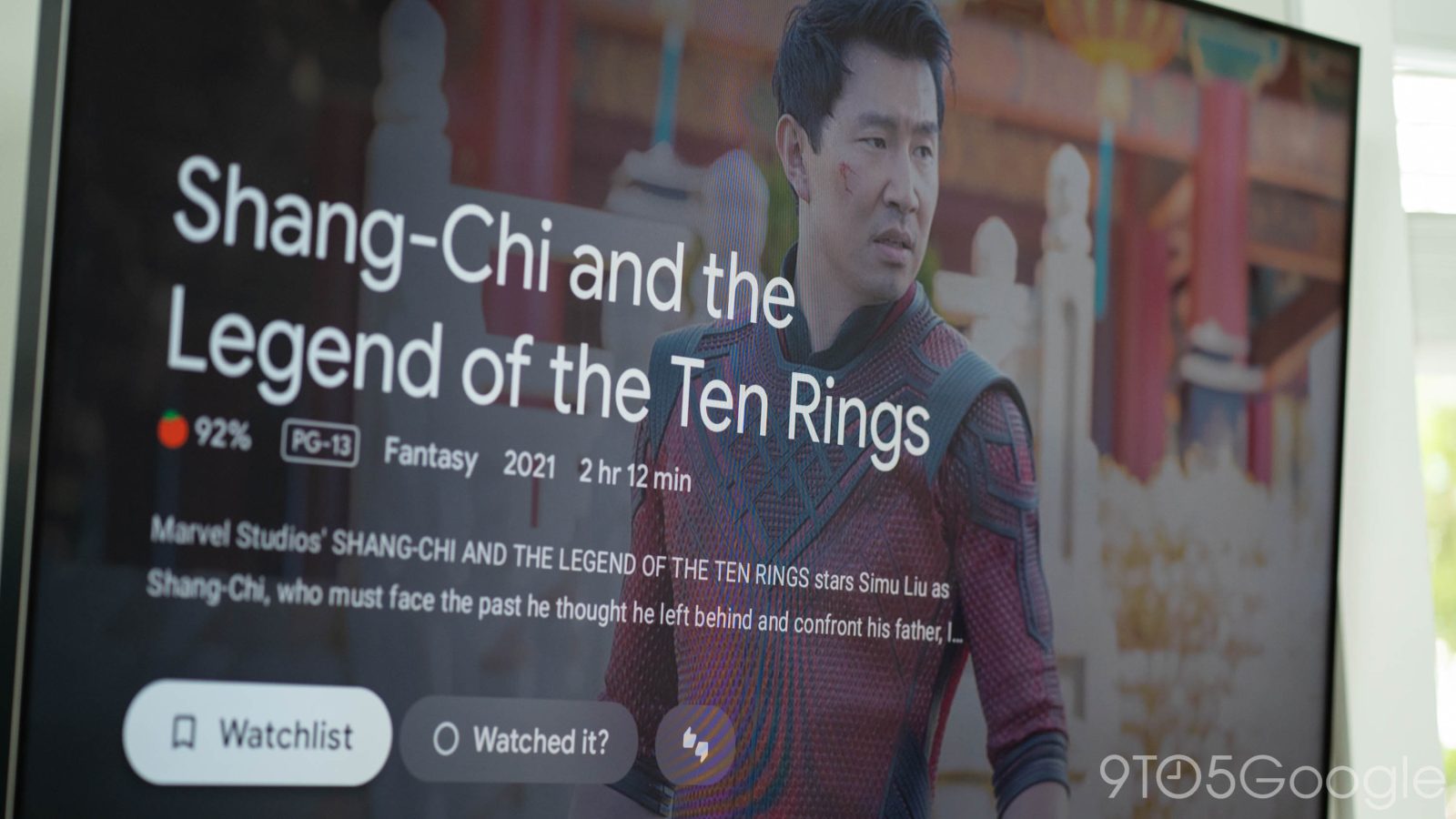 Google TV is expanding its celebrity-hosted “Watch with Me” feature, with Marvel’s Shang-Chi star Simu Liu bringing his watchlist to the platform today.

Rolling out to Chromecast and TVs from TCL and Sony, this latest installment of “Watch with Me” highlights movie and TV show picks from Shang-Chi himself, Simu Liu. The new Marvel star shares his favorite movies and the ones that shaped his life growing up in the new row, which will show up on the homescreen of Google TV devices.

My watchlist says I’m somebody who cares deeply about Asian representation and telling our stories, because they haven’t been told yet in Hollywood in a deep and meaningful way or they are just starting to be told. All these films have deeply impacted me in some personal way, and I’m so excited to share them with you.

This comes just as Shang-Chi and the Legend of the Ten Rings makes its debut on Disney+, with the film available on the streaming platform as of today, accessible, of course, through Google TV. The full list of movies and shows includes: