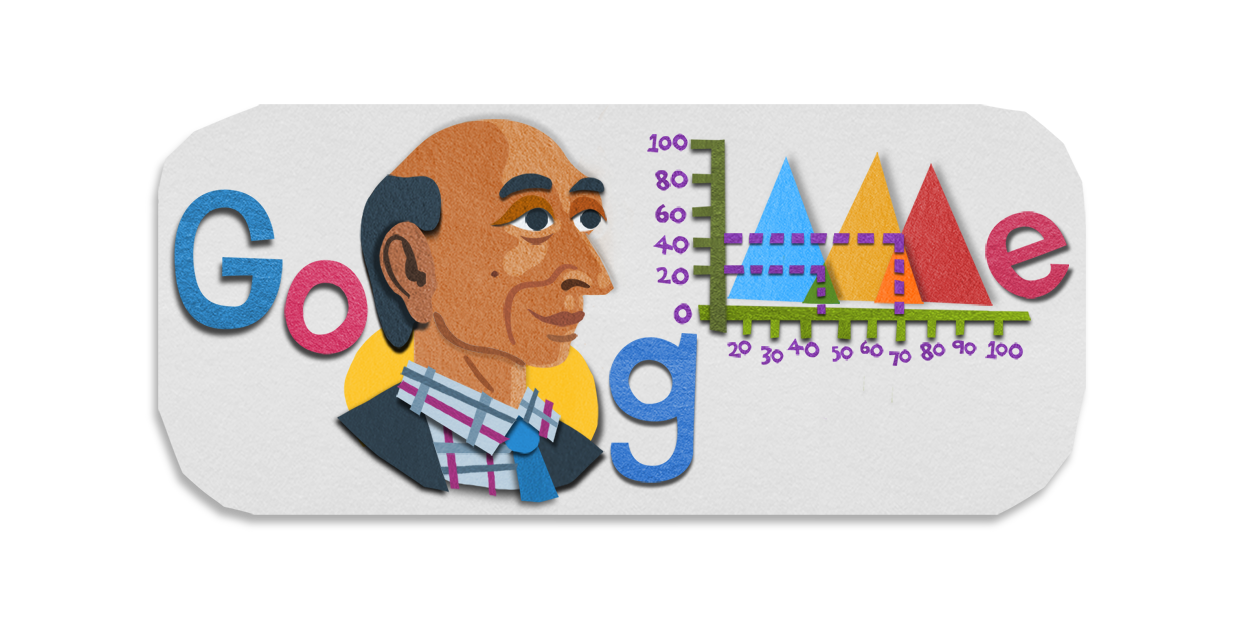 Google is honoring Lotfi Zadeh, the Azerbaijani computer scientist who came up with the idea of “fuzzy logic,” with a homepage Doodle.

Lotfi Aliaskerzadeh — later changed to “Lotfi Aliasker Zadeh” — was born in Baku, Azerbaijan, on February 4, 1921, while his father, a journalist, was on assignment there from Iran. In 1931, at age 10, Zadeh and his family moved back to Tehran, Iran.

While attending Alborz College, Zadeh was inspired by the American missionaries who worked there, beginning his desire to one day live in the United States. After earning a degree in electrical engineering from the University of Tehran — itself no small feat, as multiple countries had invaded Iran starting in 1941, leaving it in upheaval — Lotfi Zadeh and his wife took up roots and moved to Philadelphia.

The question really isn’t whether I’m American, Russian, Iranian, Azerbaijani, or anything else. I’ve been shaped by all these people and cultures and I feel quite comfortable among all of them.

From there, he studied at Massachusetts Institute of Technology and later received his Ph.D. from Columbia University, where he went on to become an assistant professor in 1950. In 1959, Lotfi Zadeh joined the Department of Electrical Engineering at the University of California, Berkeley, which he expanded to also encompass computer science. In the years that followed, numerous other schools followed suit, expanding the study of computer science into college campuses around the world.

However, Lotfi Zadeh’s greatest contribution to computer science came in the form of a paper called “Fuzzy Sets.” Generally speaking, mathematics and computers would treat things in a binary way, meaning something would be either true (1) or false (0). By contrast, the real world is hardly ever so perfectly polarized, with most things falling somewhere in between. In the “Fuzzy Sets” paper, and the ensuing field of “fuzzy mathematics,” Zadeh shows the usefulness of the infinite number of decimal places between 0 and 1.

One useful example of Lotfi Zadeh’s fuzzy mathematics in action is an automatic braking system in a car. In a binary system — only true or false — when a car ahead of you becomes too close, the brakes would immediately be applied fully. In a fuzzy system, as a car ahead gets closer — steadily moving from “safe” (0) to “not safe” (1) — the brakes can steadily adjust from “not pressed” (0) to “fully pressed” (1).

As for why Google chose today to celebrate Lotfi Zadeh, the “Fuzzy Sets” paper was first submitted on November 30, 1964, and was ultimately published in 1965.

Zadeh went on to have a decades-long career in education, including graduating over 50 Ph.D. students. Lotfi Zadeh died at home in Berkeley, California, and was buried in Baku, Azerbaijan. Elsewhere in Baku, you can find a statue of the man himself, along with a technology institute dedicated in his honor.

To best honor Lotfi Zadeh, Google has crafted artwork of the man himself, surrounded by the letters of “Google.” In one section of the Doodle, there is a graph that’s meant to serve as an example of the “fuzzy sets” that Zadeh was best known for.

Specifically, there are three larger triangles — in blue, yellow, and red — that overlap to create two smaller triangles — in green and orange. The green and orange triangles make for a great illustration of fuzzy sets, as one could ask if the area of the green triangle is blue, and to an extent the answer is yes, it’s blue. But it’s also equally true that the area is yellow. As with many things in life, there are shades in between.

Over on the Google Doodle Blog, you can find some thoughts shared by Lotfi Zadeh’s son, providing a first-hand insight into the man’s life and home.

The best way to describe life in the Zadeh house was “serious.” Lotfi was a serious fellow. A “party” to him was a bunch of super high-IQ academics gathering together for dinner. When I listened in on the resulting conversations, I was always impressed by how eloquent my father was and how deeply he appeared to understand the matter at hand. As my father put it, “there are various levels of understanding.” His understanding was extraordinary.