Stadia Changelog: Windjammers 2 will be delayed even further on Stadia, more 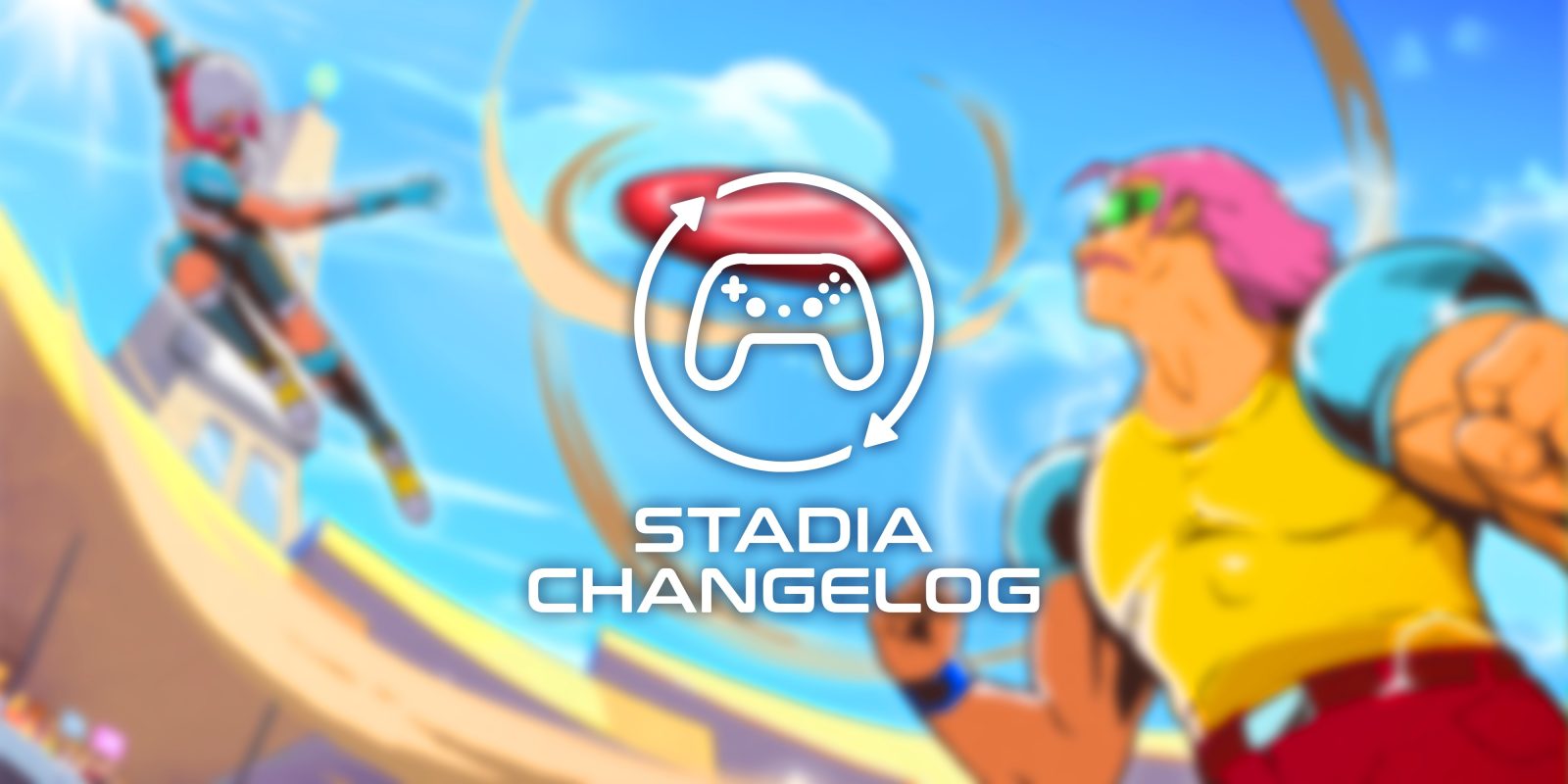 Google Stadia is coming up on the end of 2021 having delivered over 100 new games, but some of its future additions are still in flux. This week, Windjammers 2, which was delayed for over a year already, got a release date, but a release date that doesn’t apply to Stadia.

Two new games made their way to Stadia this week, highlighted by the release of the free-to-play Super Animal Royale.

As of this week, Google has added 106 games to Stadia during the calendar year 2021, officially meeting its promise of adding at least 100 games to the platform before the year’s end, a promise that was made in February.

Windjammers 2 was first announced for Stadia before the platform even made its debut. Windjammers 2 suffered multiple delays, first to “early 2020,” then to 2021, and now the game is finally coming out on January 20, 2022. However, Windjammers 2 will still be delayed even further on Google Stadia. As our friends at StadiaSource point out, a tweet from the developer confirms a delay to an unknown date for the game’s debut on Google Stadia.

Originally launched on Stadia in early access, One Hand Clapping has made its formal debut on Google Stadia and other platforms as a full game. This includes the arrival of achievements support on Stadia.

The developers of Humankind launched a new update for the game recently, the “Fabius Maximus” update, but that has not arrived on Stadia alongside other platforms. The developer instead confirmed that the update will be coming next week but will also be the last one on Stadia until April.

We had intended to release the Fabius Maximus Update and its follow-up patch on Stadia this week, and had started the certification process, but a major issue was encountered. Therefore we could not release the patch yet. We are trying to have it ready for next week, but it could take up to a few weeks.

Unfortunately, we’re sorry to say that after this patch the next Stadia patch will not arrive until around April. It should contain all future patches released until then. We understand that you may feel frustrated with these news, but we prefer to take extra time to deliver a quality patch for Stadia.

Ubisoft this week announced the latest expansion to Assassin’s Creed Valhalla, “Dawn of Ragnarok.” The update is a paid expansion that will be available in March and is now available for pre-order on the Stadia Store.

The developers of Farming Simulator 22 have launched a free content update that adds over a dozen new machines and many more bug fixes. The update is live now.

Ubisoft also this week added an update to Far Cry 6 which brings Machete himself, Danny Trejo, into the game. The update delivers new story content and is free for all players.

Square Enix put out a new patch for Marvel’s Avengers this week, with patch 2.2.1 fixing a plethora of issues throughout the game and UI. The full changelog is available here.

A new season of Riders Republic has arrived this week, with the “Winter Bash” bringing new events, items, and more to the game.

Ubisoft is offering Assassin’s Creed Odyssey for free this week on Google Stadia, but with the bonus that this free weekend does not require a Stadia Pro subscription.

Ubisoft has something up its sleeve…

A job listing from Ubisoft that was spotted this week teases a “cloud-based” project. It’s unclear what this new game will be, but given Ubisoft’s history with Google’s platform, it likely has something to do with Stadia.

Ubisoft is working on an Unannounced cloud-based technology Project. We have high ambitions for this project and this opportunity before us means that we can be a pioneer in this space. This project aims to change the way that players experience games in the future.

Cloud tech has levelled the playing field for online games, and our vision is to go above and beyond to create amazing online experiences.