Googler-exclusive clear Stadia Controller appears for purchase on eBay, and it even works 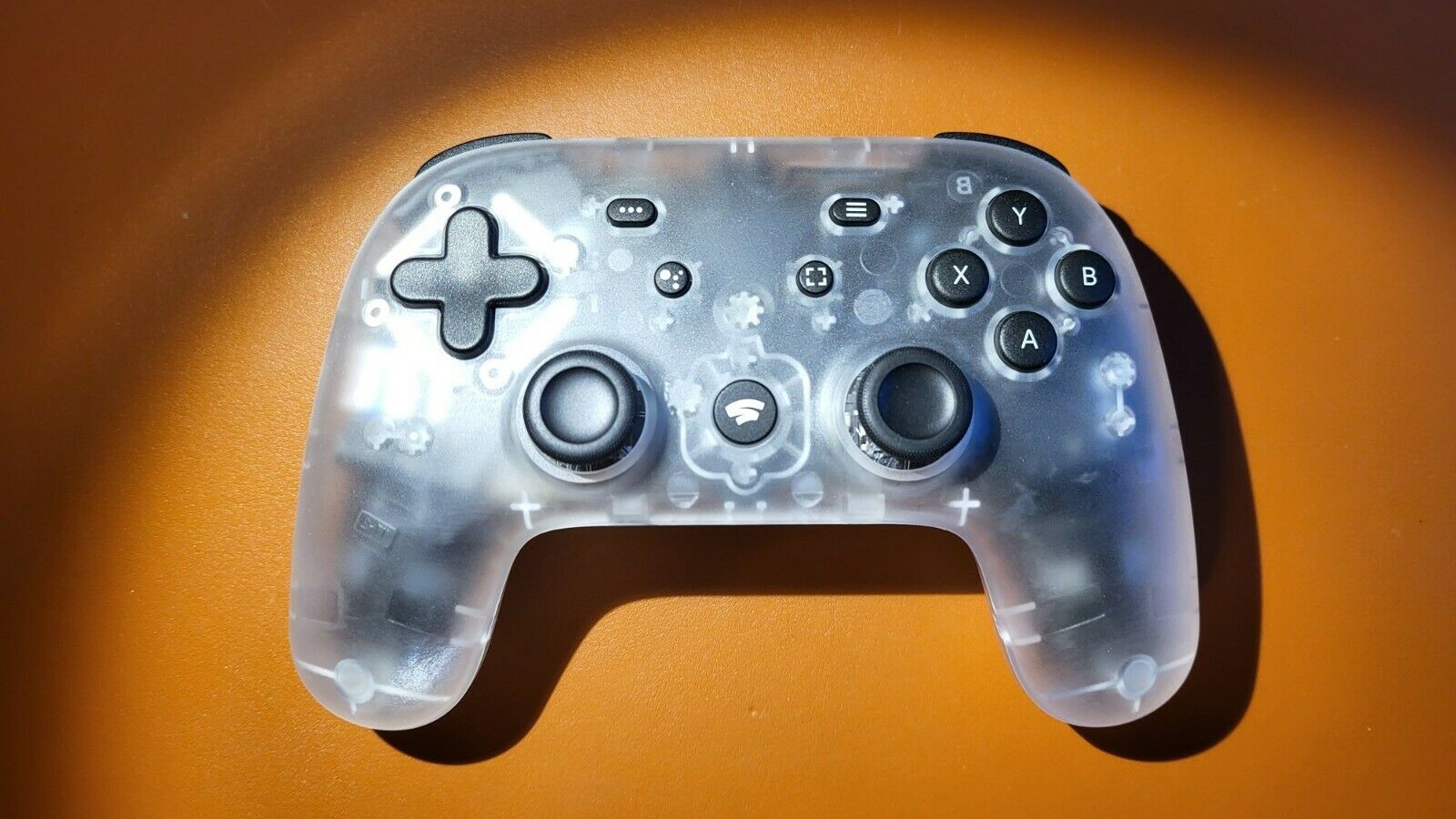 A clear colored Stadia Controller – a gift to members of Google’s Stadia team – has appeared in a new eBay listing, and it’s even been modified to be fully functional.

Immediately following the launch of Google Stadia in November 2019, members of the team were given an exclusive colorway of the official Stadia Controller, featuring a primarily transparent body. Despite high demand from the community for Google to officially sell clear-colored Stadia Controllers — or really any more colors — these remained an exclusive show of appreciation for those who helped get the streaming service off the ground.

As shared by OriginalPenguin on Twitter, one of these exclusive clear Stadia Controllers is currently up for auction on eBay. Bidding started at $9.99 at 9am and has quickly ascended to over $350 in under two hours.

Notably, as previously explained by a member of the Stadia team, these clear controllers were given away as decorative items, not functioning controllers. Internal components like the battery, rumble motors, and some cabling were intentionally left out of the controller.

According to the auction listing, this particular clear Stadia Controller has been made fully functional by taking it apart and replacing the internals with components from a Founders Edition controller.

Launch Team Exclusive Clear Stadia Controller (Working). As most know, this was released as a gift to the launch team members. They were not functional and just meant to be display pieces. I have taken it apart and placed in the Founders Edition controllers brains inside. This means this display piece is now fully functioning with charging, vibrations, and connectivity and will appear as a Founders Edition on Stadia, keeping it as special as possible. This is a collectors item and will likely never be on the market again.

Update 3:45pm: The seller has added some more photos to the eBay listing, including of the controller powered on to show that it’s working, as well as some close up shots of some of the finer details.

We’ve actually seen this mod performed once before, with Stadia’s UI engineering lead demonstrating a functioning version of the clear controller (seen in our header image above). It’s not clear whether the seller is a Googler themselves or obtained the clear controller from one, but in either case, this is an especially rare item that is sure to draw the interest of Stadia fans and collectors. From the sole image on the eBay listing, the controller does not seem to come with the “Stadia Launch Team 2019” stand we’ve previously seen images of.

Bidding is set to close after a week’s time, on the morning of February 7. Interesting mementos from Google projects have appeared on eBay before, including most recently a jigsaw puzzle featuring names and teams from the Fuchsia operating system project.