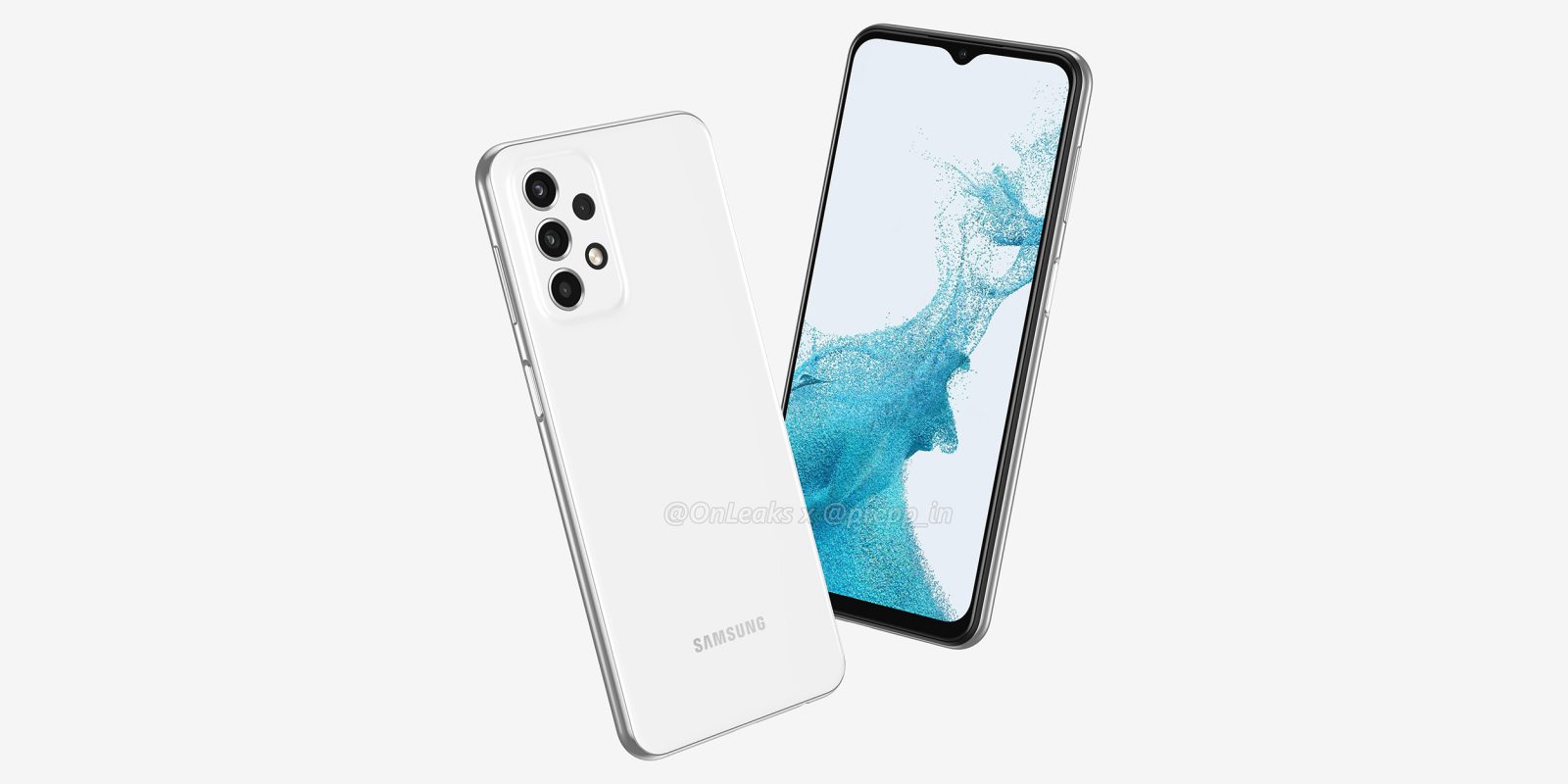 Renders of the upcoming Samsung Galaxy A23 hint that we’ll see a further fusion of the lineup with traits pulled straight from the Galaxy A52 and A53.

The renders come courtesy of Steve Hemmerstoffer, or @OnLeaks as he’s more commonly known in collaboration with the lesser-known Collegedunia. We get a good look at the proposed 6.6-inch smartphone that will make some major improvements over the current generation with various design traits pulled from the more expensive A52/A53.

This report suggests that the Galaxy A23 is set to arrive with a 6.6-inch IPS LCD, MediaTek Dimensity 700 processor, plus a quad-camera setup on the rear. It looks like quite the setup for such an affordably focused handset with a 50-megapixel main sensor, plus unspecified 8-megapixel secondary sensor, plus dual 2-megapixel sensors. We’d wager the latter duo offer depth and macro capabilities, but it is not yet clear at this stage. For selfies, the Galaxy A23 is set to offer 13-megapixel stills.

On the hardware front, the display won’t follow the Galaxy A52 or A53 with a punch-hole. Instead, a teardrop-shaped cutout is present, but we expect at least a 90Hz LCD panel here to match the Galaxy A22 from 2021. It seems that the A23 will also come with an in-display fingerprint scanner rather than a capacitive option this time around. There’s also room for a 3.5mm headphone port at the bottom of the Galaxy A23’s torso here too, something that looks set to leave the A53 series when it arrives.

No further details were shared, but we expect more details will emerge over the coming weeks.