ColorOS 12.1: All of the top new features, functions, and extras [Video] 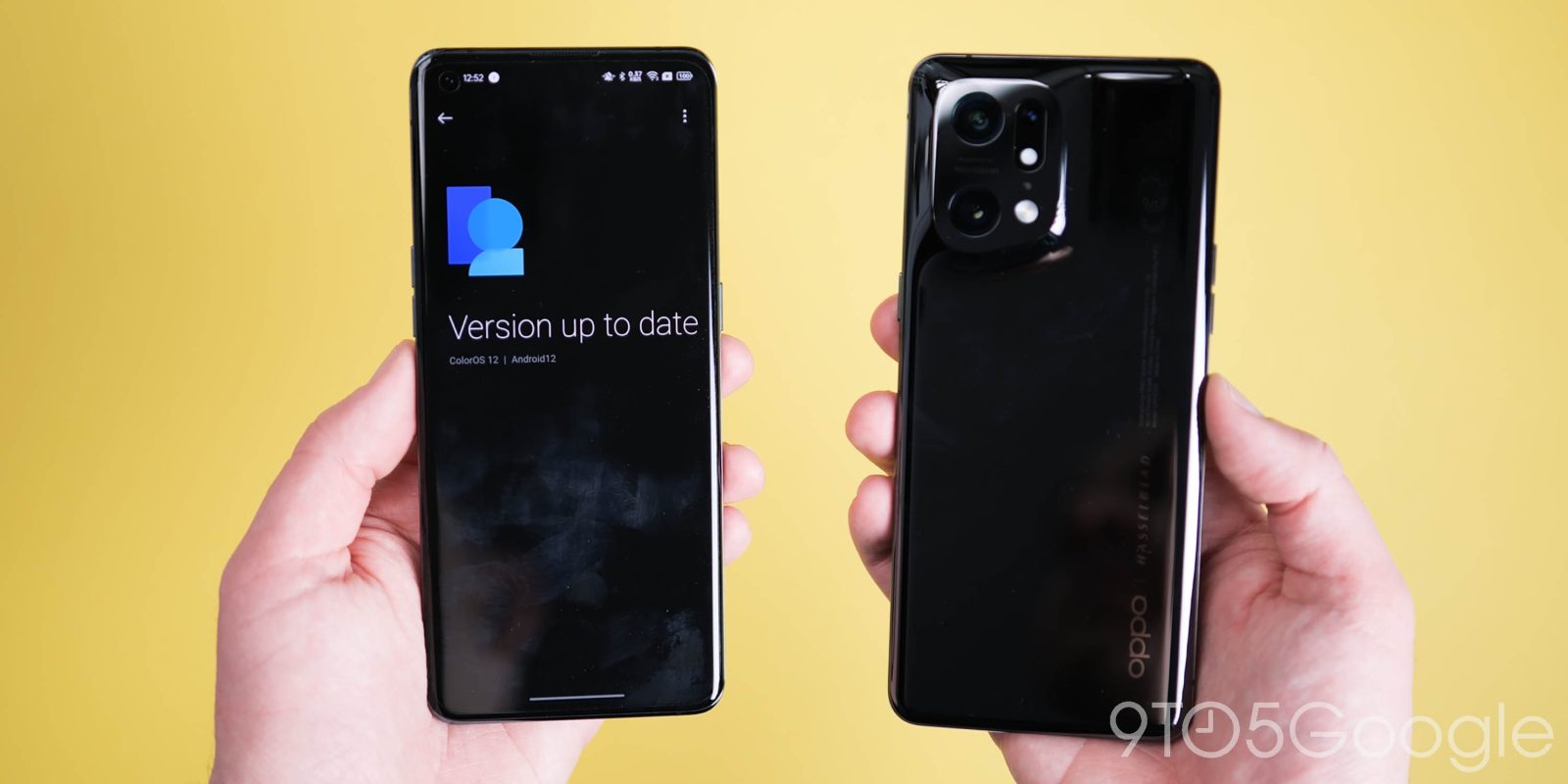 Oppo has grown almost exponentially over the past few years, and although once a tough sell, ColorOS 12 and 12.1 have toned down the iOS influence and the result is a nice alternative full of excellent features.

Let’s get a few things out of the way early, there are certainly more than a few ColorOS 12.1 features that are now enveloped within OxygenOS 12 on OnePlus smartphones. But according to OnePlus, we’re not going to see a full merger between OxygenOS and ColorOS in global regions.

That doesn’t mean too much, as there is more than just a taste of Oppo in the recent OnePlus releases – from hardware to the aforementioned software. When baked into Oppo smartphones like the Find X5 Pro, it’s hard to argue that ColorOS makes much more sense.

If you care about extra functions and customization options, this Android 12-based software build rivals Samsung’s One UI and Xiaomi’s MIUI for under-the-hood options to play around with. Here are some of the top features in the latest ColorOS build.

Video – ColorOS 12.1: All of the top new features, functions and extras

We’re seeing numerous variations in how Google’s wallpaper-based theming is implemented across OEMs, but in Oppo’s case, it’s a little more customizable. Through the Personalization tab in Settings, you can select portions of your wallpaper from which system accenting is applied. It’s great that Oppo is less opaque about how colors are selected.

You’ll see a preview of where your color choices are applied. From in-app buttons to the Quick Settings tiles, everywhere is clear and obvious. The only downside is that unlike Dynamic Color in Material You for Pixel smartphones, individual apps may not adhere to the system-level colors.

Oppo smartphones are not without bloat, so it’s great to see that a least the removal of a few duplicates with the usage of stock Google apps including Messages and Chrome. Google Messages alone will certainly help improve the adoption rate of RCS and, in turn, help push more of the excellent Chat features to people that have not yet tried them. The Google Phone app is now the default dialer within ColorOS 12 with enhanced features such as in-built caller ID and spam detection, plus more.

Exclusive to ColorOS 12.1 the “O-haptics” feature lets you adjust and tune the vibration feedback of the Find X5 Pro. You can increase the intensity of vibrations and even adjust whether vibrations feel “crisp” or “gentle” under your thumb. This applies to all areas of the device, so tweaking and tuning can result in something completely different depending on how you make these adjustments.

A new addition in Android 12 is the enhanced privacy controls which include the Privacy Dashboard settings page. This is just a hub for all sensor and on-device data access requests over a 24 hour period.

While the Privacy Dashboard is a useful tool for managing and monitoring sensor, location, and other permissions, you have the ability to go a few steps further with the removal of personal information from photos with a “Privacy protection” feature built into ColorOS 12.

Other options include microphone and camera indicators. It must be stressed that these too are not limited to ColorOS 12 but are standard in Android 12 no matter the OEM. The toggles let you instantly block access to the camera and microphone from the Quick Settings panel.

Rounding out Android 12’s privacy controls are new pop-ups and options to limit access to your device location. You can set apps to access your device’s “precise” or “approximate” location. This is great as it does not limit certain app functionality while ensuring your data is private.

Oppo has added three layers of customization for the in-built dark theme in ColorOS 12 that allow you to adjust the color depth: “Enhanced,” “Medium,” and “Gentle.” It’s a shame you can’t fully tweak the dark theme but this added layer of tuning at least allows you to set it to a level that you prefer.

It’s hard to fault the performance of any flagship-level smartphone these days but the ability to effectively “increase” the RAM available by using onboard storage could be a game-changer for lower-end devices. ColorOS 12 includes a built-in feature that lets you hardwire up to 7GB of your device storage to “act” as RAM and hopefully improve performance.

I can’t for certain say it does a great deal but who doesn’t want what amounts to 19GB of RAM on their brand new Oppo Find X5 Pro? I know I do. If you have an older Reno handset though, things might not fall out of the Recents app menu quite as often.

The Canvas AOD feature has jumped over from OnePlus phones and made it to ColorOS – provided you have a smartphone with an AMOLED screen. It’s just called “Portrait silhouette” here and works in the exact same way.

When you set an image as your lock screen this feature will create a line-style sketch of your subject. Unlocking your device will bring the image into full color with all details on your homescreen. It’s a nice feature for family portraits that adds a nice layer of obfuscation or privacy on your lock screen for personal photos.

The floating window feature has been around for a while, but it’s still a powerful multi-tasking option as you can pop out any app and stash running apps anywhere on your screen for quick access or re-opening. In combination with the built-in system split-screen mode, you can run up to three apps on-screen. Alternatively, it might be extra helpful to keep an app right there for quick access when you need it most.

What is your favorite ColorOS 12 feature?

The limited nature of Oppo smartphones in the United States means that only selected global regions can get to grips with much of what makes ColorOS 12 a fairly solid alternative to the multitude of Android skins on the market. That said, what ColorOS 12 features stand out most to you? Would you like to see any come to other Android skins? Let us know down in the comments section below.