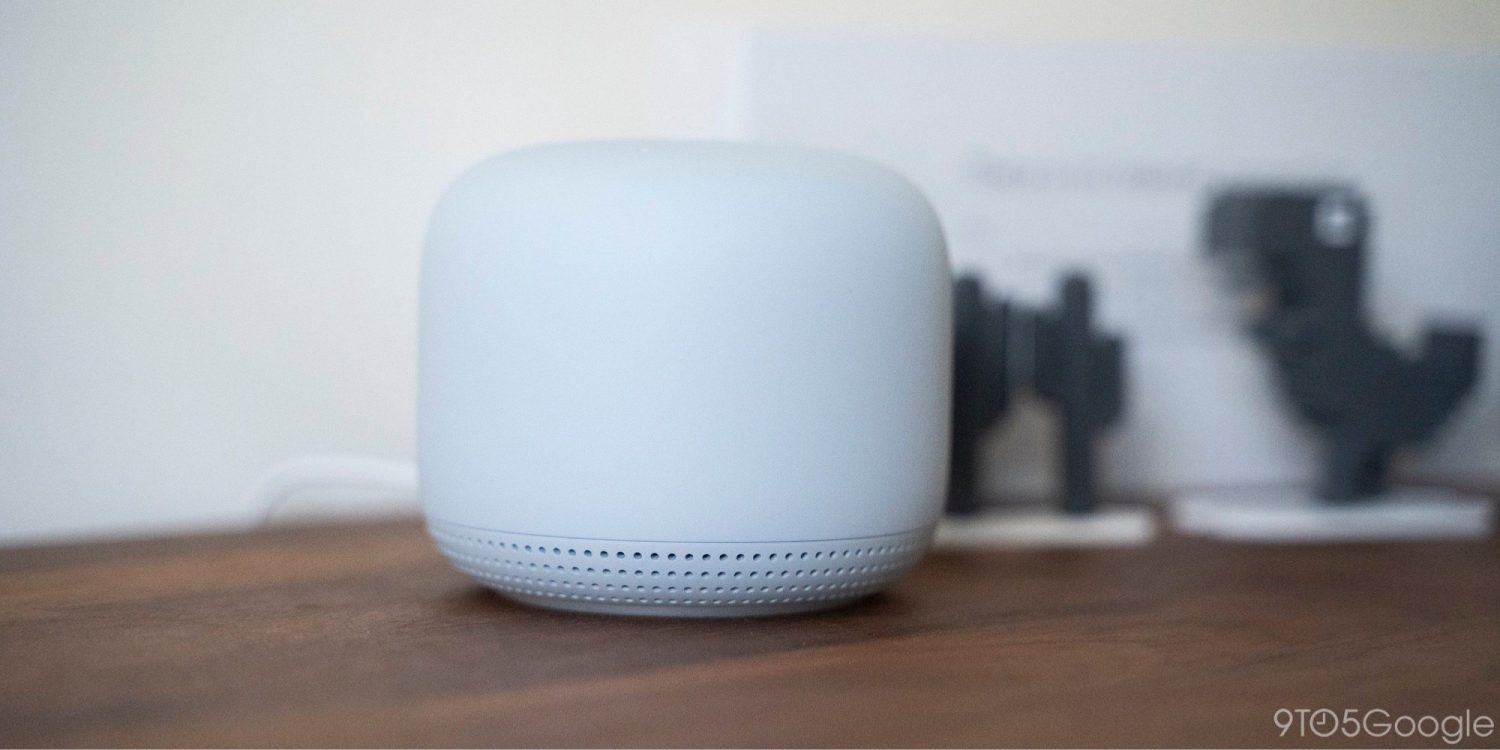 All of today’s best deals include Google Nest Wifi packages from $129 to go alongside Hisense H8 4K ULED Android TVs starting at $450. Plus, a new all-time low on the Amazfit GTR 3 Pro smartwatch. Hit the jump for all that and more in the latest 9to5Toys Lunch Break.

Adorama is now discounting the Google Nest Wifi Router with two Points for $249. Normally fetching $349, today’s offer amounts to $100 in savings while beating our previous mention from back in December by $16 to mark a new all-time low. Google’s Nest Wifi system provides up to 5,400-square feet of 802.11ac coverage to your space thanks to the three-node setup with support for up to 2.2Gb/s speeds in tow. Alongside handling all of your home’s Wi-Fi connectivity, the included main router doubles as an Assistant speaker. To complete the package, you’ll also find six Gigabit Ethernet ports on the system. You can get a closer look at these Google Nest Wifi packages in our hands-on review.

Also on sale today, B&H is marking down a pair of other packages for getting in on the Google Nest Wifi Router action. Both of these include the same Assistant speaker features noted above, just with smaller ranges. First up is the Nest Router with single Point at $189, which is down from the usual $269 price tag. We last saw this one sitting at $199, with today’s offer marking a new 2022 low. Then for something even more affordable, the standalone Google Nest Wifi Router is down to $129, delivering a new low at $10 below our previous mention from its $159 going rate.

Amazon is now offering the Hisense H8 65-inch 4K ULED Smart TV for $600. Normally fetching $800, today’s offer amounts to the first price cut since back in January at $200 off while delivering only the third notable price cut to date at a match of the all-time low. Also on sale, the 55-inch H8 model is $450, down from its $600 going rate.

Equipped with Android TV support at the center of the experience, these home theater packages from Hisense build out from there with a 4K ULED panel backed by Quantum Dot technology. If the Dolby Vision and Atmos support aren’t enough, full-array local dimming zones help deliver even more vibrant content. Then on top of the built-in streaming features and companion voice remote, there are also four HDMI ports to supplement its Wi-Fi, Bluetooth, and Ethernet.

Amazon is currently offering the Amazfit GTR 3 Pro Smartwatch for $180. Normally fetching $230, you’re looking at a new Amazon all-time low following the $50 price cut while beating the previous discount by $20 and marking one of the first notable discounts since launching back in October.

Arriving as the brand’s latest flagship wearable, the new GTR 3 Pro packs a 1.45-inch AMOLED circular display backed by 5ATM water-resistance and an equally-rugged focus for the rest of the build. Well-equipped on the actual feature side of the experience, you’ll be able to rely on myriad sensors to track blood oxygen levels, heart rate, 150 different workouts, and more. Not to mention the 12-day battery life and hands-free access to Alexa. Head below for a discount on Amazfit’s other latest smartwatch.

Anker Soundcore Liberty 3 Pro ANC Earbuds are a 9to5 favorite

Anker’s official Amazon storefront is now offering its new Soundcore Liberty 3 Pro ANC Earbuds for $130 in all four styles. Down from the usual $170 price tag, this is matching the Amazon all-time low and offering a chance to score each of the colorways at $40 off.

Arriving as a notable alternative to the likes of Apple or Samsung’s flagship earbuds, the new Soundcore Liberty 3 Pro enter in four fresh colorways. Alongside sporting personalized active noise cancellation there’s 32 hours of battery life thanks to the Qi-enabled charging case with a platform-agnostic focus. Get a closer look at all of the features on Anker’s latest flagship earbuds in our hands-on review.

Nanoleaf’s official Amazon storefront now offers its new Lines HomeKit Light Starter Set for $180. Marking the very first discount we’ve seen since launching last fall, today’s offer is down from the usual $200 price tag and delivering a new all-time low. You can also save on the 3-pack Expansion set for the first time at $60, down from $70.

Delivering yet another unique addition to the Nanoleaf smart home stable, the new Lines pack all the same modularity that the brand is known for with a different take on ambient lighting. Each of the nine included Lines pair with an adapter and can be stuck up on the wall in various patterns. They then splash light against the wall and sport the same multicolor output that lets them play various effects on top of your typical adjustable color and brightness settings. Not to mention support with HomeKit, Siri, and more. Dive into our hands-on review for a closer look.