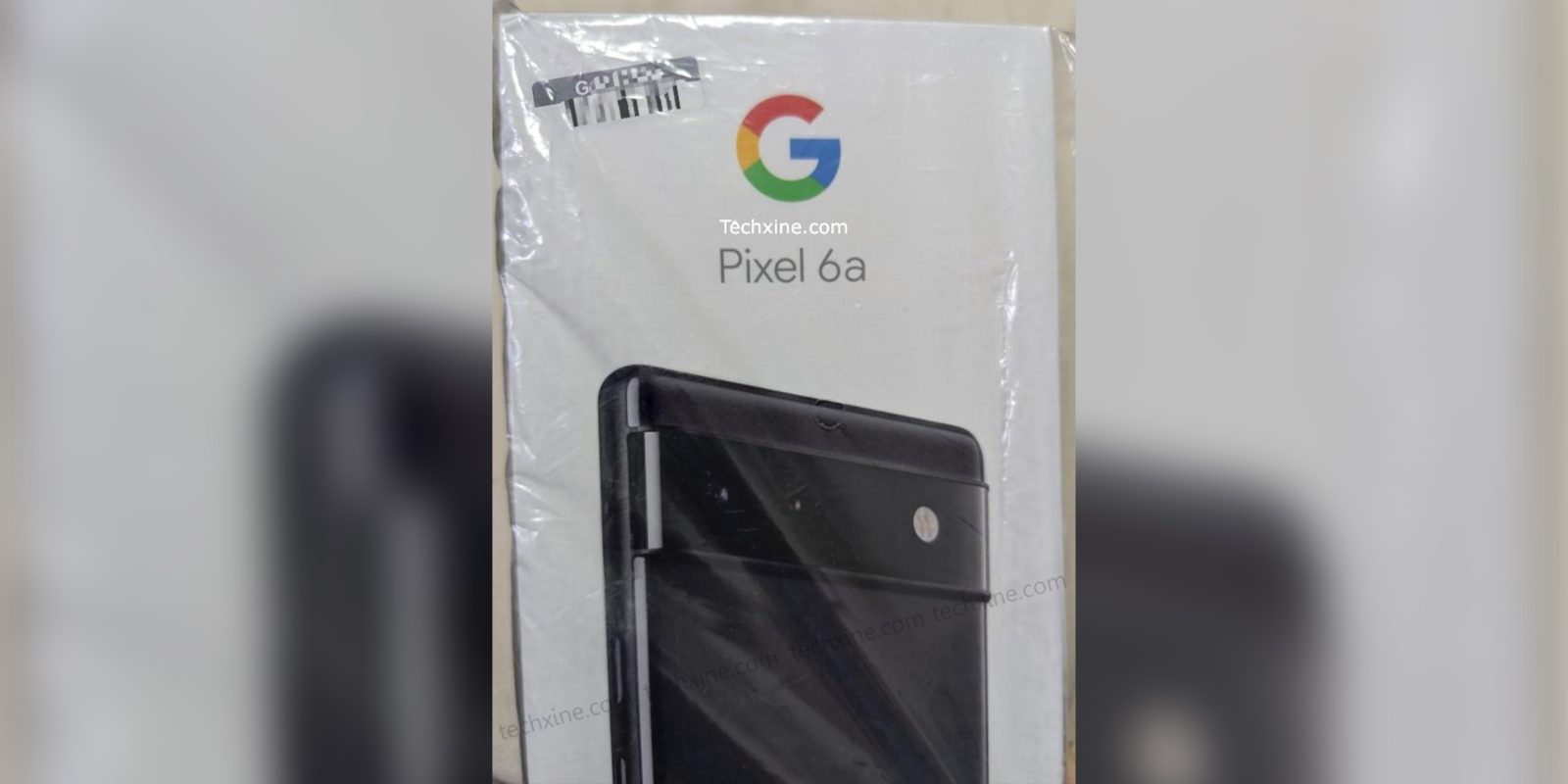 Images of a supposed Pixel 6a retail box appear to confirm the previously leaked design renders for the upcoming Google mid-ranger.

Of course, thanks to digging we already know a fair amount about what the Pixel 6a will offer when it arrives at some point in the next few months. Although this solo image of the retail box emblazoned with “Pixel 6a” and the Google logo has come from lesser-known tech blog Techxine. This image showcases what appears to be a plain black model of the device.

There are no obvious areas to indicate that this image has been tampered with, but given the nature of pre-release leaks and the source in question, it can be hard to ascertain fact from fiction. In this instance, one major benefit is that the packaging bears striking resemblance to previously leaked renders with some important details intact.

The packaging looks almost identical to the retail packaging used for the Pixel 6 and 6 Pro, but upon closer inspection, you can see a very faint circular camera outline that frames the dual-lens setup within the camera bar.

Sadly, this box image does not reveal much beyond the base design of the Pixel 6a. Of course, the 6a retains much of the Pixel 6 series design here. The major differentiation between the Pixel 6a and 6/6 Pro is in the proposed display size and likely the materials used. Google has often used polycarbonate in place of aluminum and stainless steel on the Pixel 3a, 4a, and 4a 5G. We would expect this to continue on the Pixel 6a to help reduce the retail price.

Recently leaked benchmarks have similarly confirmed previous findings with the Pixel 6a set to utilize the Google Tensor processor and come with 6GB RAM. However, at this stage, it’s unclear when Google is planning on launching the Pixel 6a, but an I/O 2022 reveal could explain why we’re seeing images of a retail box at this point in time.

Elsewhere, we’re expecting the Pixel 6a to come with a dual-camera setup that consists of the Sony IMX363 12.2-megapixel main sensor, 12-megapixel ultra-wide, and 8-megapixel selfie camera. It looks like there is no room for a headphone jack this time around, but we could see the affordable Android use an in-display fingerprint scanner for the first time on an A-series device.