Google wants to turn its King Cross HQ into a destination for tourists, community projects, and more 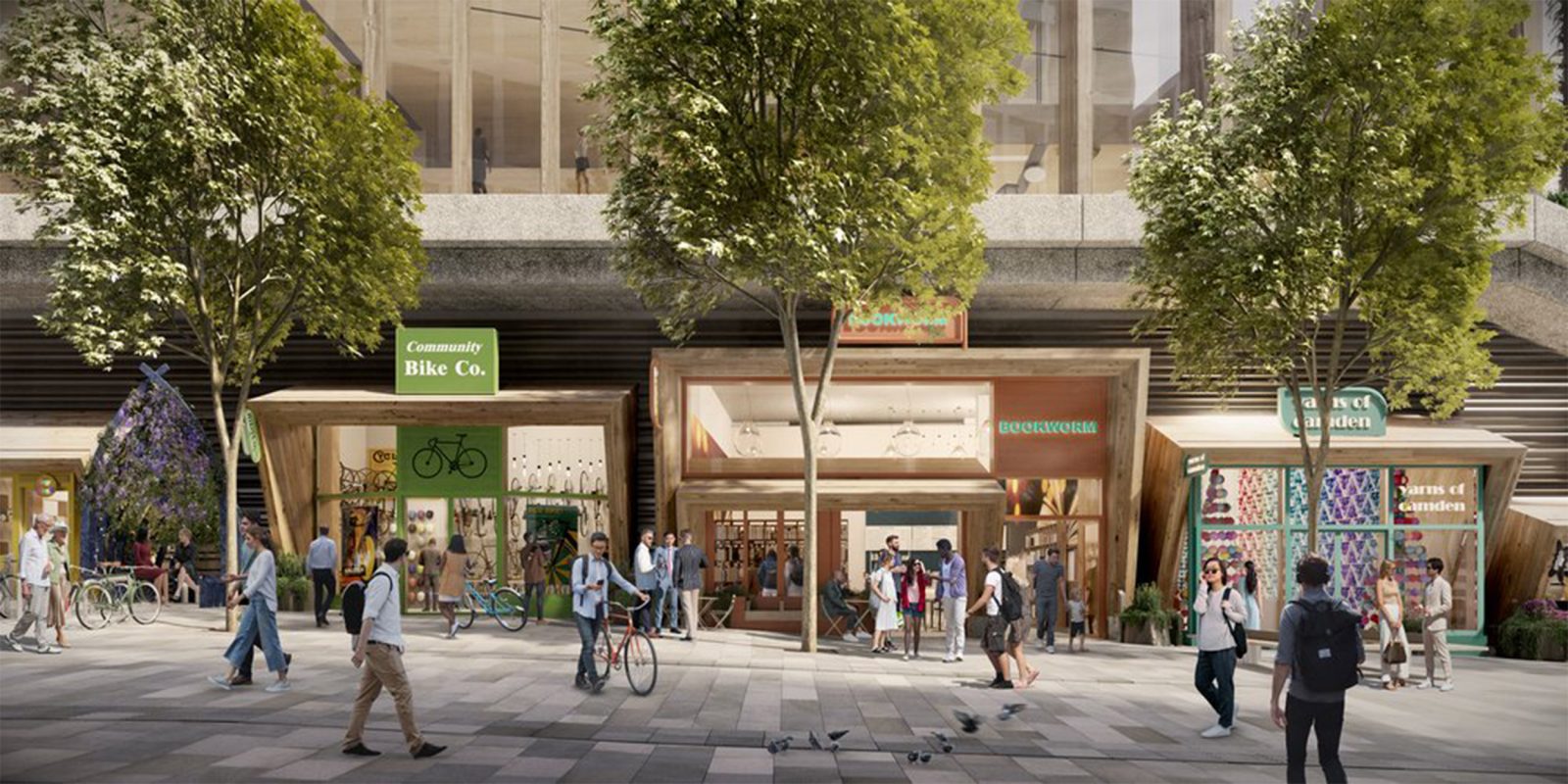 Google has shared details on how it wants to make it’s upcoming London Kings Cross headquarters into a destination for shopping, tourists, and growing brands.

Since details emerged back in 2013 that Google was set to build a new London headquarters right next to Kings Cross station, the project has been delayed several times. The project was originally slated to be completed as long ago as 2016, but work has continued alongside a number of major redevelopments in the immediate vicinity of one of London’s major transit hubs. Construction was officially started back in 2018.

In a new blog post, Google’s UK and Ireland VP, Ronan Harris, has detailed some of the proposed plans for the Kings Cross headquarters. Rather than yet another office block, it appears that the project is set to include 250 meters of ground-floor retail space alongside flexible event space. For small businesses, Google will offer “tilting timber portals” and “varied shop fronts” that will be fully customizable by future tenants.

When finished, our new location will include more than one million square feet of office and ground-floor retail space, and it will be a resource not just for Googlers but Londoners, too. We want the spaces and experiences we offer to create opportunity for local people and businesses, and contribute to the culture of entrepreneurship and vibrancy of the area.

Google is also planning to offer this retail space within its Kings Cross headquarters to a mixture of “established and growing” brands with a launchpad initiative available for small businesses alongside year-round events and learning opportunities.

We plan to offer the shop units to a mix of established and growing brands, and provide support to help great ideas grow. Alongside the individual retail units, a market hall will offer a launchpad for small businesses, while a community, education and event space will host a changing programme of events all year round.

For those working within Google’s upcoming London base of operations, flexible hybrid working will be offered and the firm has reiterated its commitments to sustainability and environmental efforts. The site is set to be all-electric with an internal system providing real-time feedback on hourly energy usage to help improve daily efficiency.

Solar shading is to be used rather than traditional central heating methods to regulate building temperature. Google is also set to source low-carbon local materials for the internal construction and office furnishings in a bid to cut the carbon impact by up to 20%. That is in tandem with further cooperation with Camden Clear Air and other local groups to help other local businesses reduce their carbon impact.

A completion date is not yet known for Google’s Kings Cross headquarters, but a previous report from The Telegraph suggests it will be completed at some point in 2024.