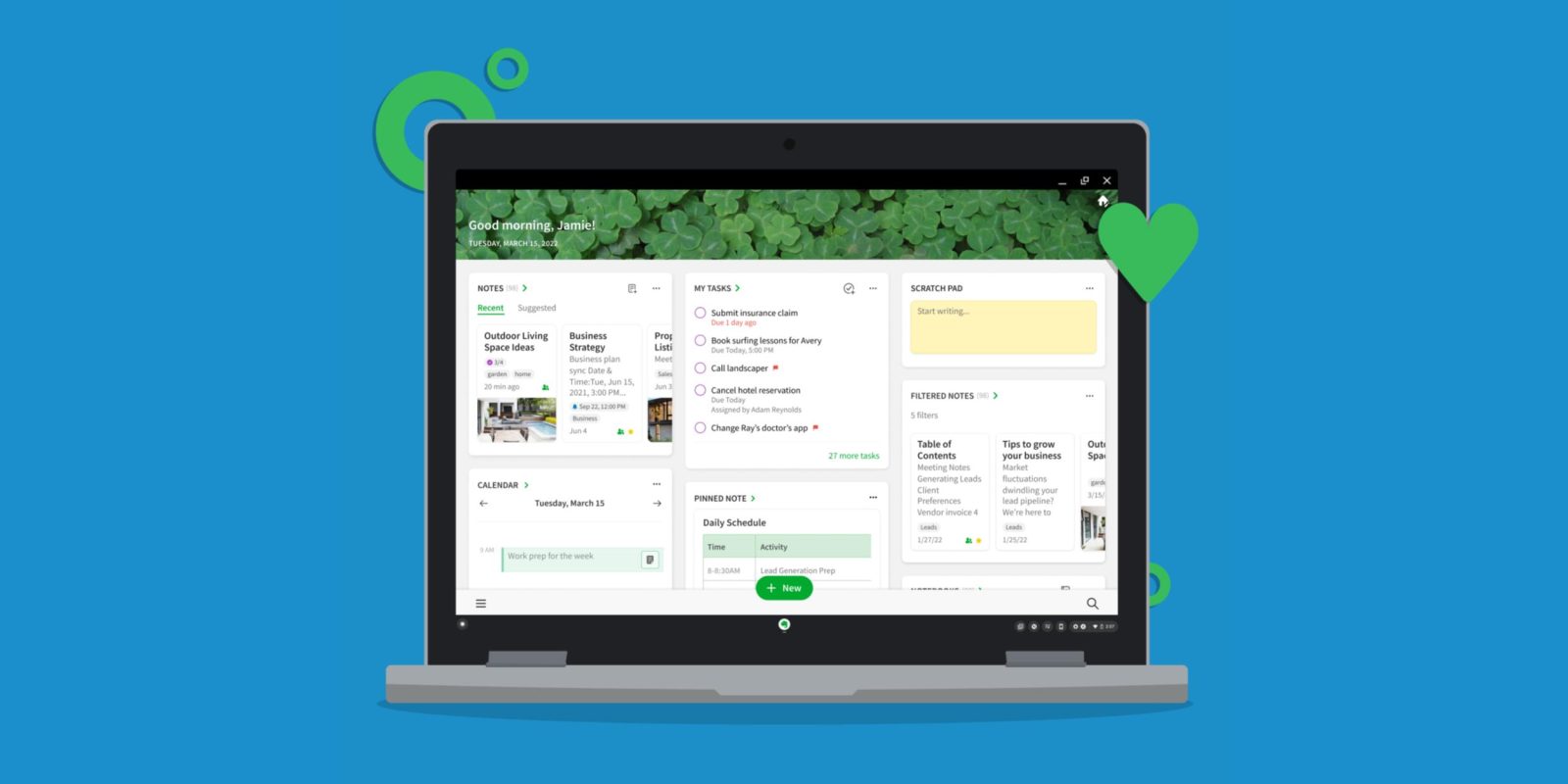 For the past several years, Google has been making a big push to get developers to optimize their apps for large screens, including Chrome OS. The latest example sees Evernote update its Android app for Chromebooks.

There’s a cover image to greet you up top, while the bottom app bar (drawer and search) features a centered oval floating action button (FAB) that’s themed green. In comparison, the desktop clients feature a side navigation drawer.

The company also touts improved menus that are cleaner and faster to access as part of the “more intuitive layout.” Evernote, with version 10.0, was rebuilt in late 2020. Earlier in the year, Evernote optimized its Android app for larger screens and the Chromebook update continues that work. It also introduced new widgets in February to let you see tasks, shortcuts, and notes on your homescreen.

Evernote, which is a more encompassing app than Keep, says the Chromebook update is now rolled out to the Play Store, with version 10.30.1 being the latest build. On Chrome OS, the website of course remains available.