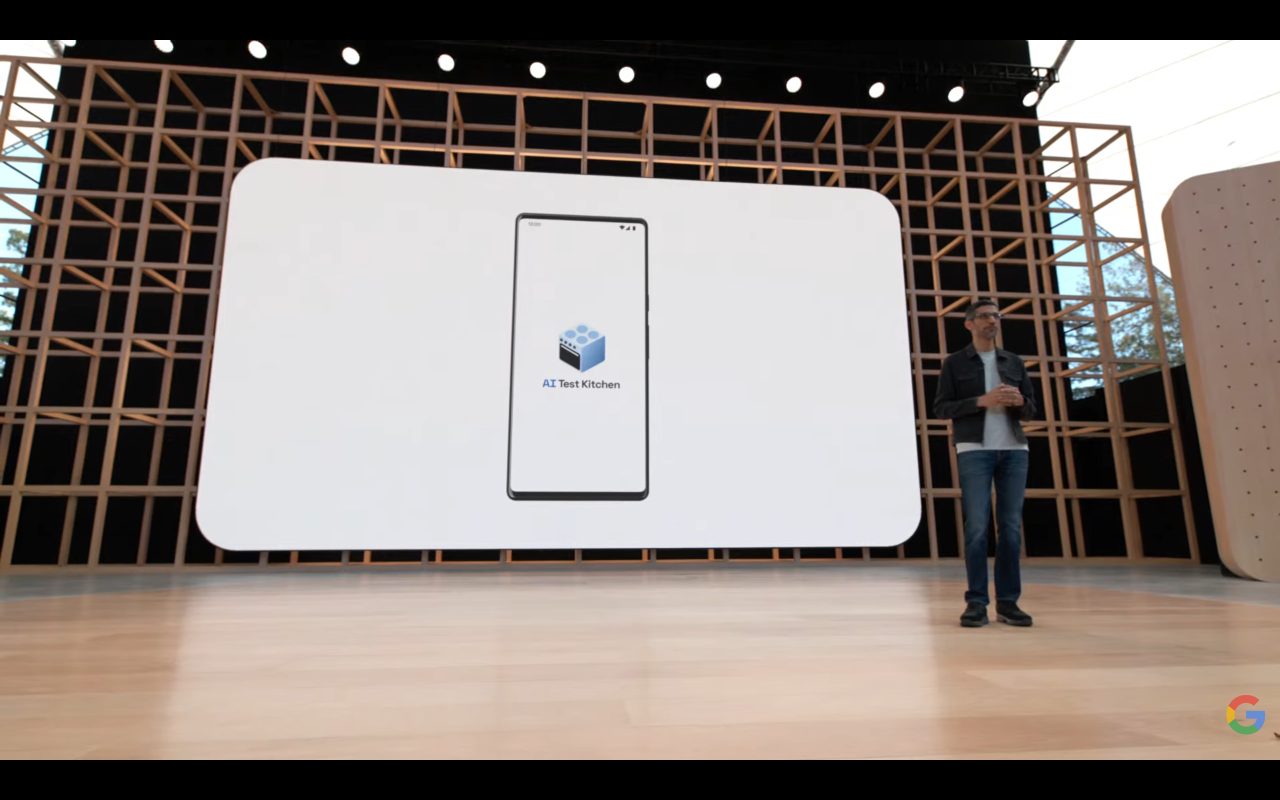 At Google IO 2022, the company unveiled its second-generation of LaMDA (Language Model for Dialog Applications), which is designed to generate text related to almost any subject. To help show what LaMDA is capable of, while also offering useful feedback on the tool’s output, Google is launching a new tool called AI Test Kitchen.

On stage, Google’s CEO Sundar Pichai emphasized the early nature of these demos, including the possibility of “offensive” text being generated. That being the case, AI Test Kitchen is being slowly rolled out to a few groups at a time and each of the app’s demos offers an opportunity to rate responses and give feedback.

The first demo, “Imagine It,” allows you to choose a prompt for the language model to describe a scenario. From there, you can pick one of a few automatically generated questions to ask about the story/situation, an answer to which is then generated.

“List It” works on a similar idea, where you can ask the AI for steps/ideas on how to accomplish a particular task. The job is then broken down into a list of steps you may wish to take. From there, more in-depth steps can be further divided into another list of steps.

Lastly, “Talk About It” is a far more limited demo. In general, it’s meant to be a demonstration of keeping an AI focused on a particular subject. But for the time being, Talk About It is only designed to talk about dogs.