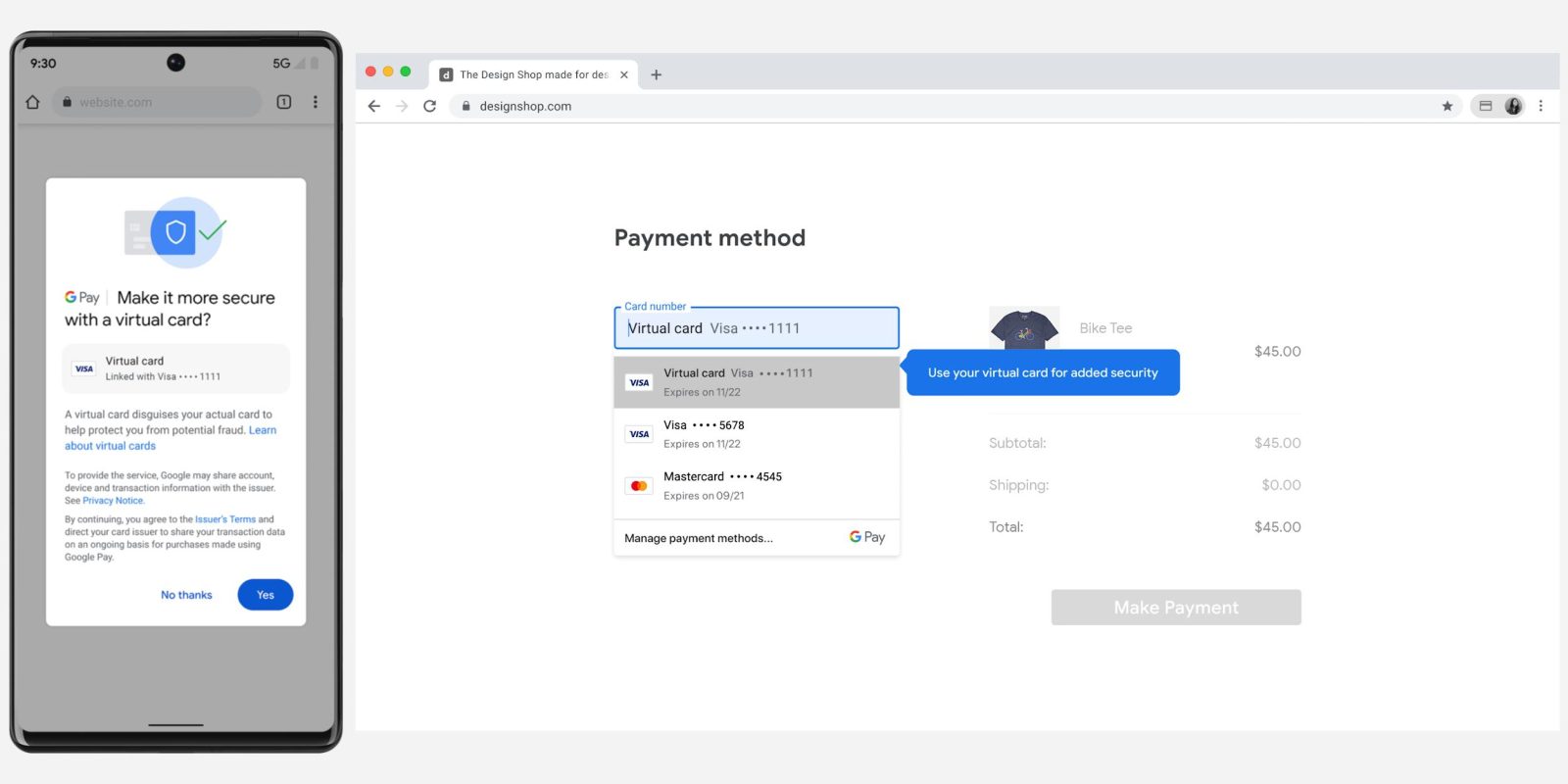 One of Google’s big payments and privacy announcements at I/O 2022 is a very convenient feature that masks your physical credit card with a virtual one when shopping online with Chrome.

When you’re making a payment in Chrome and come across the field for entering the 16-digits of your credit or debit card, Google will ask if you want to use a virtual number instead. It’s similar in concept to how in-store contactless payments also don’t see your actual card/real number, though a different system is being implemented here.

Namely, Google is working directly with credit card networks (Visa, Mastercard, and American Express) directly on this capability, with virtual numbers usually the domain of banks. As such, the implementation differs between partners.

For example, you’ll get an individual virtual card on every site if you’re a Capital One member. Visa and Amex will leverage one card for all sites but a different CVV is used every time, though those three (or four) digits will be dynamically filled without the need for manual entry.

This extra layer of security will first be built into Chrome Autofill on desktop (ChromeOS, Mac, Windows, and Linux) and Android as well as iOS at a later date. Once a virtual card is created, it will appear in the Autofill drop-down like other saved payment methods.

It’s initially rolling out this summer to the US for Visa, American Express, and all Capital One branded consumer credit cards. Mastercard support is coming “later this year.” An international launch for this capability is planned.