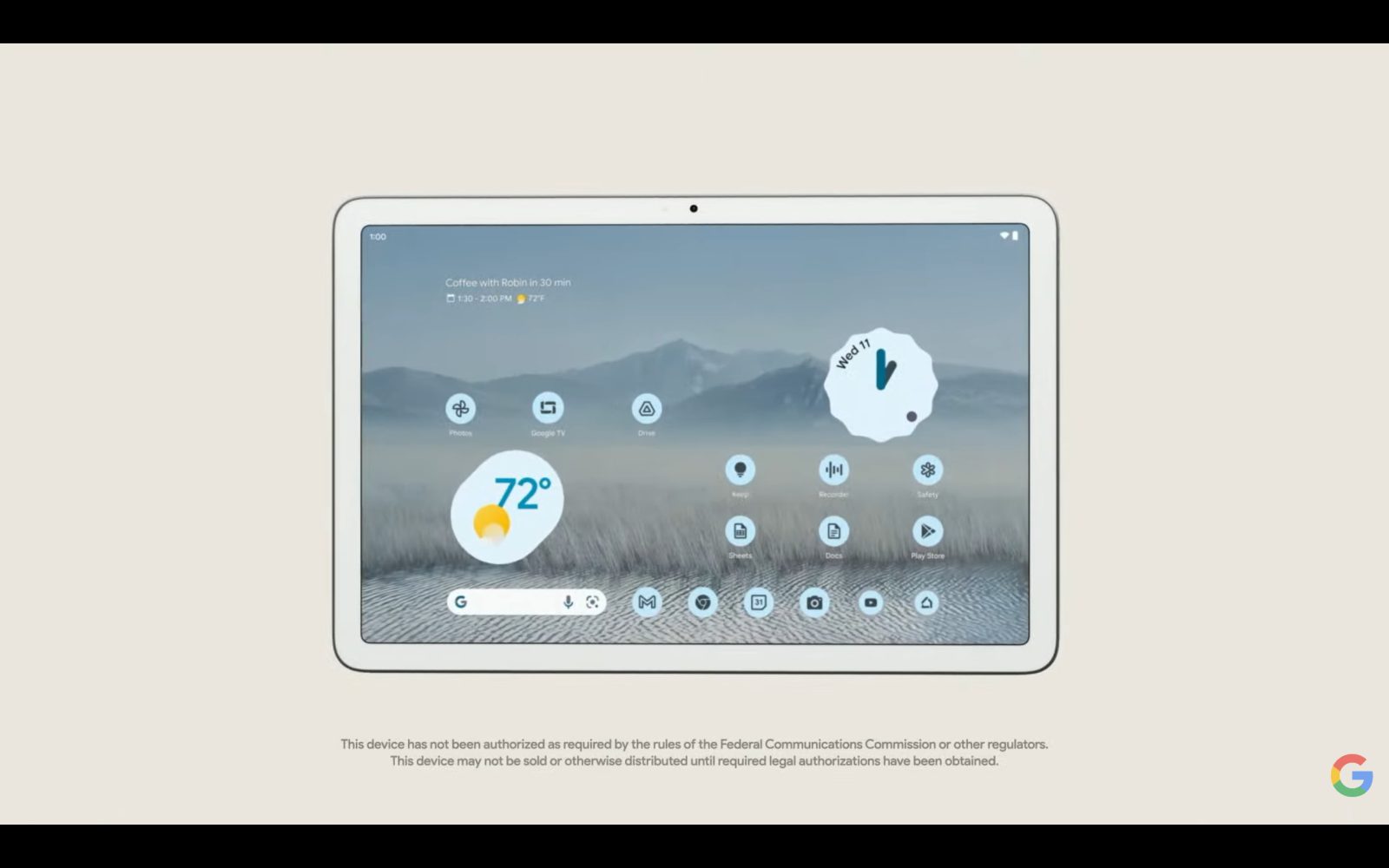 At Google I/O, the company has unveiled a new Pixel tablet, designed to entertain, but it won’t be launching until 2023.

This marks the first time that Google has launched a tablet since 2018’s Pixel Slate, which ran on Chrome OS. That device was at one point set to have a successor, but Google then shared it was discontinuing its plans for tablets. Before that, the last Google-branded tablet to run Android was the Pixel C, launched in 2015.

According to Google’s Rick Osterloh, the company plans for this distant Pixel tablet to be “the perfect companion to your Pixel phone,” meant to bridge the gap between your home life and on-the-go activities. Just as you would expect from such a premier device in the Pixel series, the 2023 tablet will run on a Google Tensor chip, just like the phones.

No hints were given to the pricing of the tablet, which isn’t a surprise, given we’re likely over a year out from the Pixel tablet’s launch.

Taking a close look at the device’s hardware as seen in the brief teaser provided, at one point they show a close up of the device’s rear. Here, you can see what appear to be four pins below the Google G logo. This hints at this year’s earlier reports of a Nest tablet, where the next “Nest Hub” product would be a tablet that could be docked onto a smart speaker base. These pins could potentially serve as the tablet’s charging mechanism while on such a dock, though a side-mounted USB-C port is also visible.

On a somewhat humorous note, the Pixel tablet renders shown look quite a bit like a Nest Hub smart display, thanks to its thick, white bezels. Meanwhile, on the rear, the design harkens back to the Pixel 3 and Pixel Slate thanks to the single, circular camera. Notably, there doesn’t seem to be an affordance for camera flash, suggesting a strong reliance on Night Sight.

In official renders given to the press, we see that there may be at least two colorways available for the Pixel tablet, including a traditional off-white shade and a greenish-gray color matching a similar option on this fall’s Pixel 7.

The upcoming tablet is undoubtedly the culmination of the work Google has been doing within Android for “large screen” devices, starting with Android 12L and continuing with Android 13. There’s also a significant focus within Google I/O’s scheduled developer talks, shining a spotlight on creating apps for tablets and foldables.

More Made by Google announcements: