Google announces Pixel 6a powered by Tensor processor for $449 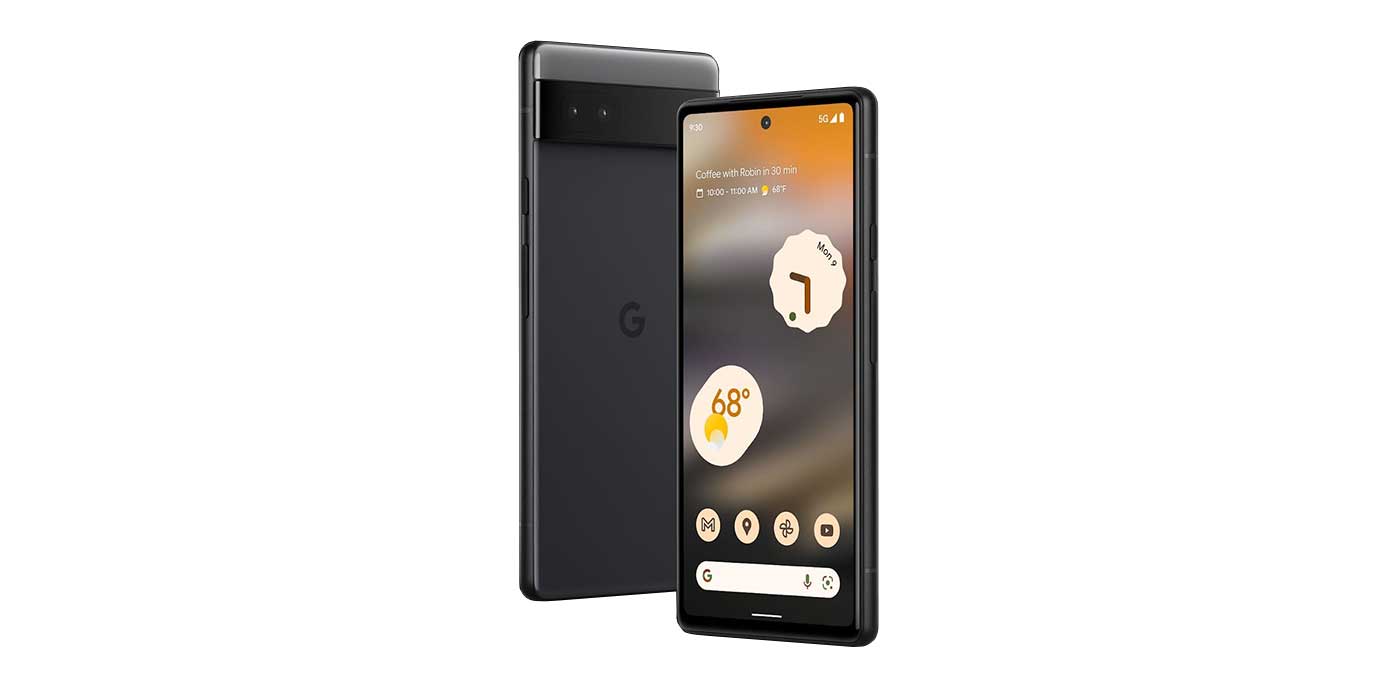 During the annual I/O Developer conference Google has officially launched the affordably-focused Pixel 6a which acts as the entry-level model to the Pixel 6 series and comes powered by the firm’s flagship Tensor processor.

The large 6.1-inch device comes with a number of hardware changes to help lower the entry pricing but it still retains the design aesthetic of its flagship siblings — the Pixel 6 and 6 Pro. Glass and metal are eschewed in favor of a recycled aluminium frame and polycarbonate backplate. The matte black side rails make the step down from the Pixel 6 series.

You’ll find a 2,340 x 1,080-pixel FHD+ OLED display capped at 60Hz at the front and it’s worth noting that the Pixel 6a is the first affordable phone from Google to include an in-display fingerprint scanner for biometric security. The screen is also coated in Corning Gorilla Glass 3, which is the same covering as found on the Pixel 5a from last year.

Even though the Pixel 6a is launching as a mid-range alternative to the Pixel 6 and 6 Pro, the device utilizes Google’s flagship Tensor processor. Like the flagship models, the Pixel 6a also includes the Titan M2 security coprocessor, which makes the device one of the most secure Android phones available.

Tensor is paired with 6GB of LPDDR5 RAM, and 128GB of UFS 3.1 storage, alongside a 4,306mAh battery that has support for fast charging. Google claims up to 72-hours on a single charge when using the Extreme Battery Saver mode. Sadly there is no room for a 3.5mm headphone jack for the first time on a Pixel A-series model. However, there is an IP67 water and dust resistance rating here for moisture protection.

The rear camera setup takes a notable step down over the main 50-megapixel ISOCELL GN1 sensor utilized in the Pixel 6 and 6 Pro. You’ll find a 12.2-megapixel wide-angle and 12-megapixel ultra-wide shooter which we believe to be the Sony IMX363 and IMX386 respectively. At the front, the centrally placed punch-hole notch hosts an 8-megapixel Sony IMX355 selfie camera.

A plethora of modes that rely on the Tensor processor including Magic Eraser, Real Tone, and Face Unblur are included on the Pixel 6a for the first time here too. 4K video recording at 30 and 60fps is still possible here, with 1080p video recording at 30 and 60fps also possible. Slo-mo video capture at 1080p is available at 240fps. The selfie camera is capped at 1080p with a maximum framerate of 30fps.

Google has committed to 3 years of Android updates and a total of 5 years of security updates for the Pixel 6a. This means that the support window will close at some point in 2027 for the entry-level 2022 Made by Google smartphone.

You’ll be able to pick up the Pixel 6a from July 21 direct from the Google Store or brick-and-mortar stores from July 28 for just $449 in three colors: black, mint green and gray/silver. Availability will be limited to US and Japan at first with more regions including Australia, Canada, the UK, France, Italy, Germany, the Republic of Ireland, Spain, and Singapore expecting a delayed launch.