This is the Pixel 7 and Pixel 7 Pro, with revamped aluminum camera bar 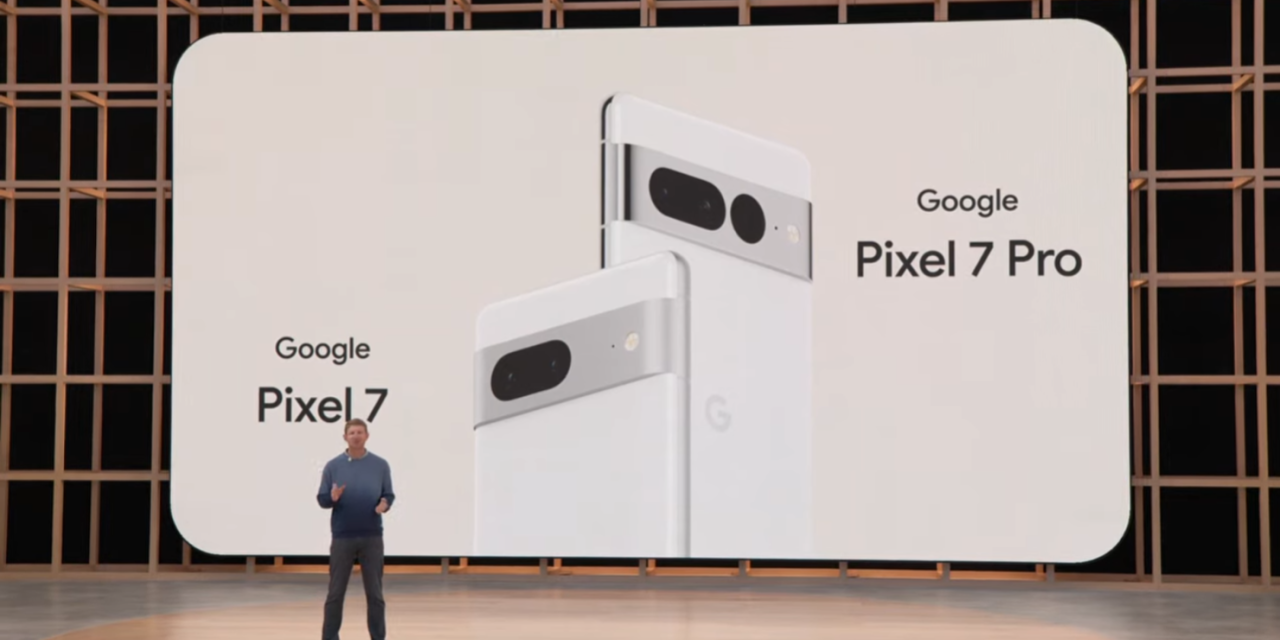 In a shocking twist, Google has officially revealed the first look at the Google Pixel 7 and Pixel 7 Pro at I/O 2022, showing off a revamped design with an aluminum camera bar.

During its I/O 2022 keynote, the company revealed that the Pixel 7 and Pixel 7 Pro are indeed coming this Fall, and unexpectedly offered a first look at the design of each phone several months early.

The biggest change to the design is to the camera bar, which ditches its current glass look for a full aluminum design with cutouts for the camera sensors. In a further tweet, the company confirmed that Pixel 7 will ship in Obsidian, Snow, and Lemongrass colors. Meanwhile, the Pixel 7 Pro will switch Lemongrass for a green Hazel colorway.

Both the Pixel 7 and Pixel 7 Pro will ship with Android 13 out of the box and a second-generation of the Tensor processor. Google teases the new chip as follows:

Google didn’t offer any information on when exactly we can expect these phones to release beyond “Fall 2022.” Presumably, that will point to Google’s usual October release date for the Pixel 7 and Pixel 7 Pro. Pricing is unclear at this point, but should remain close to the $599/$899 Pixel 6 pricing.