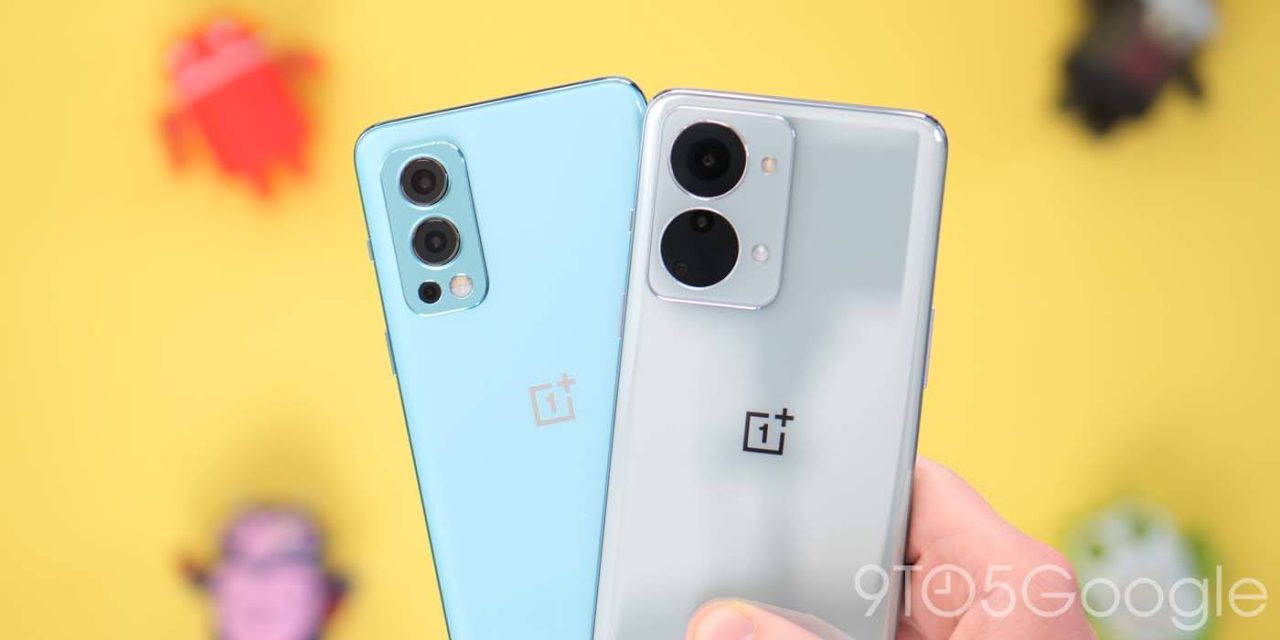 After a huge year for OnePlus that included a design team merger with Oppo and a software integration with ColorOS that has since fallen through, we’re seeing a massive shift in the brand’s focus. The Nord series has reportedly been a breakout star for OnePlus since being introduced in late-2020.

This could explain why the Nord lineup has increased extensively over the past 18 months and that continues with the Nord 2T. As a refresh of the OnePlus Nord 2, the Nord 2T offers some upgrades and design changes without a steep cost increase. With that in mind, we’re here to figure out if an upgrade is something that you should be thinking about.

If you put the specifications of these devices side-by-side, it’s almost impossible to tell the Nord 2 and Nord 2T apart. There is little to separate the duo, save a slight bump to the internal chipset. This time around the MediaTek Dimensity 1200-AI processor is being replaced in favor of the Dimensity 1300.

This new chip is built upon the 6nm process which is the same as used on the Dimensity 1200-AI. In theory, this should mean familiar performance and the reality is even less pronounced as it’s impossible to tell the two devices apart when in full flow. This is exacerbated as the rest of the hardware is practically identical.

Both chipsets offer similar performance levels to the Qualcomm Snapdragon 870. However, Qualcomm’s mid-range chip just edges out the Dimensity 1200-AI and Dimensity 1300. It is worth noting that both MediaTek chips have the advantage of being based upon the 6nm process. The chipset bump might at first seem like a big benefit but the reality is that you gain very little in almost all areas including gaming.

You’re working with a 90Hz FHD+ AMOLED panel on both devices, again, it’s almost impossible to note any visible differences, even when using both phones side-by-side. The selfie camera punch-hole is in the same place and the in-display fingerprint scanner is also identical.

Most of the “big” changes are to the actual chassis of both devices. You can tell that both handsets are from the same Nord lineage but while the Nord 2 shares a lot in common with last year’s OnePlus 9 series, the Nord 2T has a strange design that feels out of place courtesy of a massive dual-camera bump.

OxygenOS is not the update that it once was and that has never been more apparent than with the OxygenOS 12 update. This is ColorOS in all but name and while the expected merger between OxygenOS and Oppo’s ColorOS has been shelved, it’s hard to tell the two Android skins apart.

That substantial gripe aside, the OnePlus Nord 2 launched in late-2021 with Android 11 pre-installed and is still waiting for the stable Android 12 release. You can get OxygenOS 12 as part of a recent Beta. Conversely, the OnePlus Nord 2T is shipping with OxygenOS 12.1 atop Android 12, which is simply a minor version bump reserved for brand new devices.

All of the features remain the same as found in our recent OxygenOS 12 deep dive, including some good features like a customizable Dark Mode, Private Safe, Theme store, and much more. If you are hoping for the fan-favorite clean and smooth OxygenOS experience, then sadly you might want to look elsewhere moving forward.

Updates can make or break a device and sadly, that is where we hit a few frustrations with this duo. Because the OnePlus Nord 2 shipped with Android 11 pre-installed, it is, therefore, in line to get Android 13 within its lifetime. It will get just two years of OS upgrades and three years of security patches. It’s the same story for the Nord 2T, which will get OS updates up to and including Android 14, then a further year of security patches.

The battery capacities remain the same across the OnePlus Nord 2 and Nord 2T with 4,500mAh cells utilized in both devices. Interestingly, the newer model now includes 80W wired charging, which certainly gives it an advantage over its predecessor.

In practice, the 15W charge speed difference equates to charge times that are a mere 2 minutes faster from 0 to 100% — 35 minutes vs. 32 minutes. This is a minimal difference that likely won’t make a massive dent in your smartphone charging habits on either device.

Neither option includes wireless charging and the daily lifespan is effectively identical in our experience. That said, an older device will a battery that has seen many charge cycles will have noticeable lifespan decreases making a comparison favor the newer Nord 2T.

Despite the huge visual change with the OnePlus Nord 2 and Nord 2T camera setups, the actual hardware powered the photo and video experience is practically identical. There are some very minor tweaks but overall you’re getting what amounts to the same triple-lens setup at the rear and the exact same selfie camera at the front.

Neither device benefits from the Hasselblad partnership that has been penned to help aide the flagship camera systems found on the likes of the OnePlus 9 and OnePlus 10 series. There is little here to truly disappoint, and the continued usage of the impressive Sony IMX766 50-megapixel main sensor at the rear means that solid shots in a variety of lighting scenarios are practically guaranteed.

Sadly, no new camera modes have been added on the Nord 2T, which means that you have feature parity across the board. Both handsets include the Nightscape Ultra mode and even the ability to shoot Dual View video with multiple lenses simultaneously. 4K UHD video recording is still capped at 30fps but you can shoot 1080p at 60fps here for super smooth shots.

After a great first mid-ranger in the form of the OnePlus Nord, the Nord 2 took that baton and ran with it. It’s still a decent mid-range Android phone and that is problematic given that the Nord 2T only offers a minor chipset bump and comes with a newer software version. Almost every portion of both smartphones remains identical, which makes it impossible to suggest that anyone with last year’s Nord 2 upgrade to the Nord 2T.

That is a testament to the Nord 2 in many ways, as it has often felt like a OnePlus 9 Lite in most regards. It even has more color options available, which is something often overlooked. Plus it’s now available at an even lower price than it was at launch. Even though we don’t recommend that Nord 2 owners upgrade, the Nord 2T is the best mid-ranger available from OnePlus right now and it’s ultra-competitive at £399/€399.