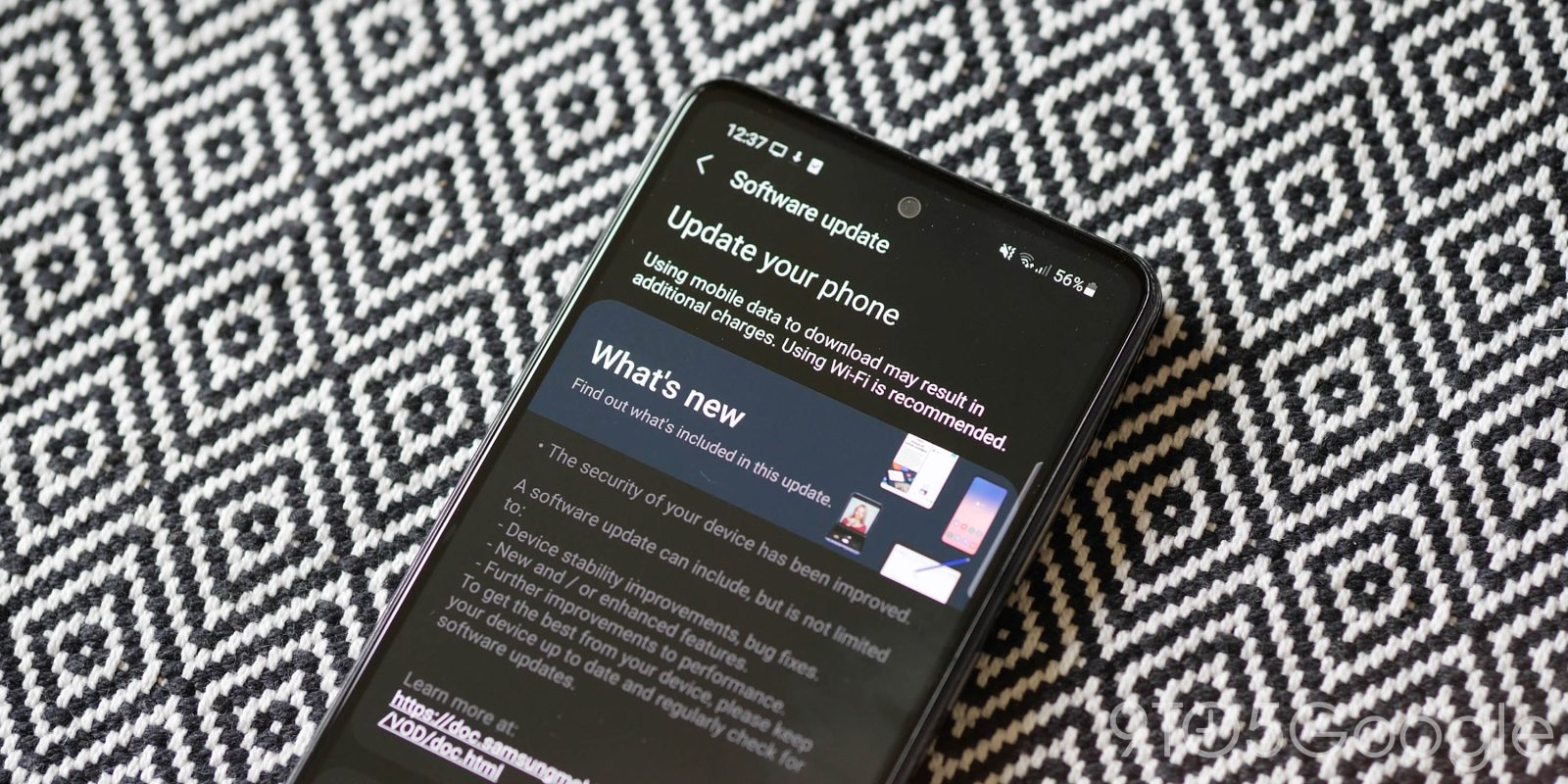 The May 2022 Android security update is rolling out now to these phones and tablets in Samsung’s wide-reaching lineup of Galaxy devices.

As usual, Samsung began rolling out its May 2022 update before the month of May actually began with the first patch arriving for Galaxy S22 devices on April 25. According to Google’s security bulletin, this update includes fixes for 14 different issues, while Samsung’s own release notes offer details on a handful of Galaxy-specific security flaws.

Overall, the May 2022 update for Samsung Galaxy phones contains a total of 32 fixes, including seven for critical issues, and 22 for high importance ones.

Additionally, for owners of select phones — such as the Galaxy S20, S21, Note 20, Z Fold 2, and Z Fold 3 — the May update comes with enhancements to nighttime photo taking, auto framing, and image quality in third-party apps. All of these improvements and more were already on display in the Galaxy S22. Now Samsung is simply bringing them to owners of older devices.

As is usually the case, Samsung has started things off for the May update with its latest flagship phones, the Galaxy S22 series. The Snapdragon variants of these phones picked up their update on April 25.

A week later the same update arrived for the Galaxy S21 series in Europe, on May 2, while the Galaxy S20 update arrived the following day. For both of these phones, the update brings improvements to the camera to bring it in line with the Galaxy S22’s improved camera software, with enhancements like “Nightography” in portrait mode and improved auto framing features.

Meanwhile, the full lineup of the Galaxy S10 series was brought up to the latest security update on May 10. Next up is the affordable flagship Galaxy S21 FE, which was updated on May 12. That phone’s counterpart from the previous year, the Galaxy S20 FE 5G, was next up on May 18. The set was completed when 2019’s Galaxy S10 Lite picked up the update on May 21.

As such, it’s no surprise that the Snapdragon Galaxy Z Fold 3 and Z Flip 3 both picked up the latest security update on May 2, with Exynos models getting it on May 9. Surprisingly, the next models to get updated were the original Galaxy Fold and Z Flip phones, on May 11, and the Galaxy Fold 5G on May 13.

Out of Samsung’s foldables, the second generation appears to be last to get its update, starting with the Galaxy Z Fold 2 on May 16.

With the launch of the Galaxy S22 Ultra, complete with a stowable S Pen, the company has seemingly put the final nail in the coffin for future releases in the Note series. Despite that, owners of past generations of the Galaxy Note are still receiving updates on a regular basis.

The first phones in this series to get updated this month were the Snapdragon Galaxy Note 20 and Note 20 Ultra, picking up the security patch on May 2, while Exynos models got it on May 9. The previous year’s Galaxy Note 10 and 10+ gained their update on May 9, via Sprint and T-Mobile. This series’ lesser model, the Note 10 Lite, was updated a few days later on May 12.

Going back another year, the Galaxy Note 9 from 2018 received its latest update on May 20, keeping device owners secure.

In addition to being the most prolific OEM for Android phones, Samsung is also responsible for some of the best Android tablets on the market. That said, the Galaxy Tab series doesn’t enjoy the same monthly security release schedule that phones do. Instead, updates and patches are only promised on a quarterly basis.

The recently released Galaxy Tab S8 Ultra was the first Samsung tablet to get its update for this month, picking it up on April 27. That tablet’s lesser counterparts, the Galaxy Tab S8 and Tab S8+, didn’t get their update until May 11.

Galaxy A and other affordable series

Samsung also graciously offers consistent updates to their lineup of affordable phones, including those in the Galaxy A-series and Galaxy M-series. Not unlike the Galaxy Tab line, these lower-cost phones often don’t get the same monthly cadence for updates that the flagship level sees.

The Galaxy M33 was the first affordable Samsung phone to get its Android device for this month, on May 3. Nearly a week later, the Galaxy A33 followed suit and was joined shortly thereafter by the Galaxy A53.

On May 12, the Galaxy A52s 5G joined the fun for device owners in Europe, followed the next day by the lesser Galaxy A52. Other customers in Europe were given the new update for the Galaxy A23 on May 19. Further up the product line, owners of the Galaxy A72 in Europe and Asia saw their latest monthly update on May 24. The 5G-equipped Galaxy A42 got the patch a few days later on May 27.