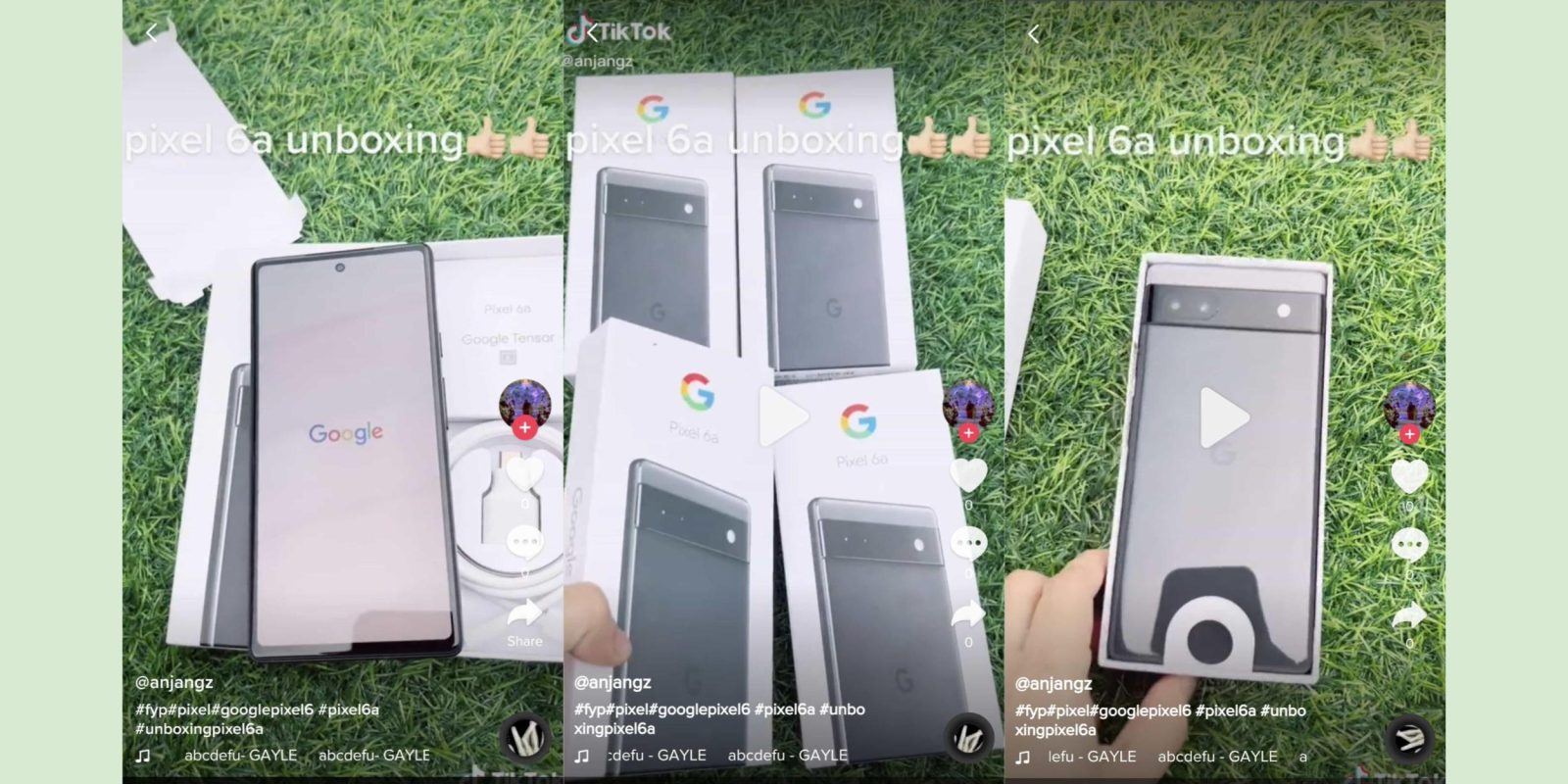 Google’s latest mid-ranger will not hit store shelves until July 28 with an over two-month gap from the I/O 2022 announcement. Until then, the Google Pixel 6a has gotten another unboxing with the phone clearly out there.

Compared to the official – since removed – video from Google, this unboxing comes from TikTok. We actually see four Pixel 6a units in their retail packaging, though it’s again in Charcoal and not the exciting Sage variant.

There’s nothing too notable, though we see that the protective film labels key hardware features like the SIM card tray, USB-C port, under-display fingerprint sensor, volume rocker, and power button. It’s just a blank white sheet on the Pixel 6 and 6 Pro. This comes as there is prominent “Google Tensor” branding, complete with a graphical chip illustration, on the box that contains paperwork and the SIM removal tool.

One angle shows off the thicker sides, while the height of the Camera Bar looks quite minimal. Another shot shows how shiny the “3D thermoformed composite back” is. The last thing to glean is a look at the screen’s bezels when the Pixel 6a is on the white Google boot screen.

The Pixel 6a retail box first leaked on March 31 with the device not announced until May 11. Pre-orders open on July 21 and official availability is a week later, though shipments could arrive earlier than that.

For comparison, the Pixel 5a was announced last year on August 17, but was released later that month on the 26th. The Pixel 4a’s August unveil in 2020 saw a 17-day gap.

The most likely reason for the long delay is ongoing supply chain constraints. That’s not too surprising especially if Google is aiming for simultaneous global launches, or even just to make sure it has enough units and there are no stock shortages in the first few weeks.

Another possibility is that the company wants the 6a and Pixel Buds Pro to launch side-by-side with the new headphones seeing fewer early reveals so far.