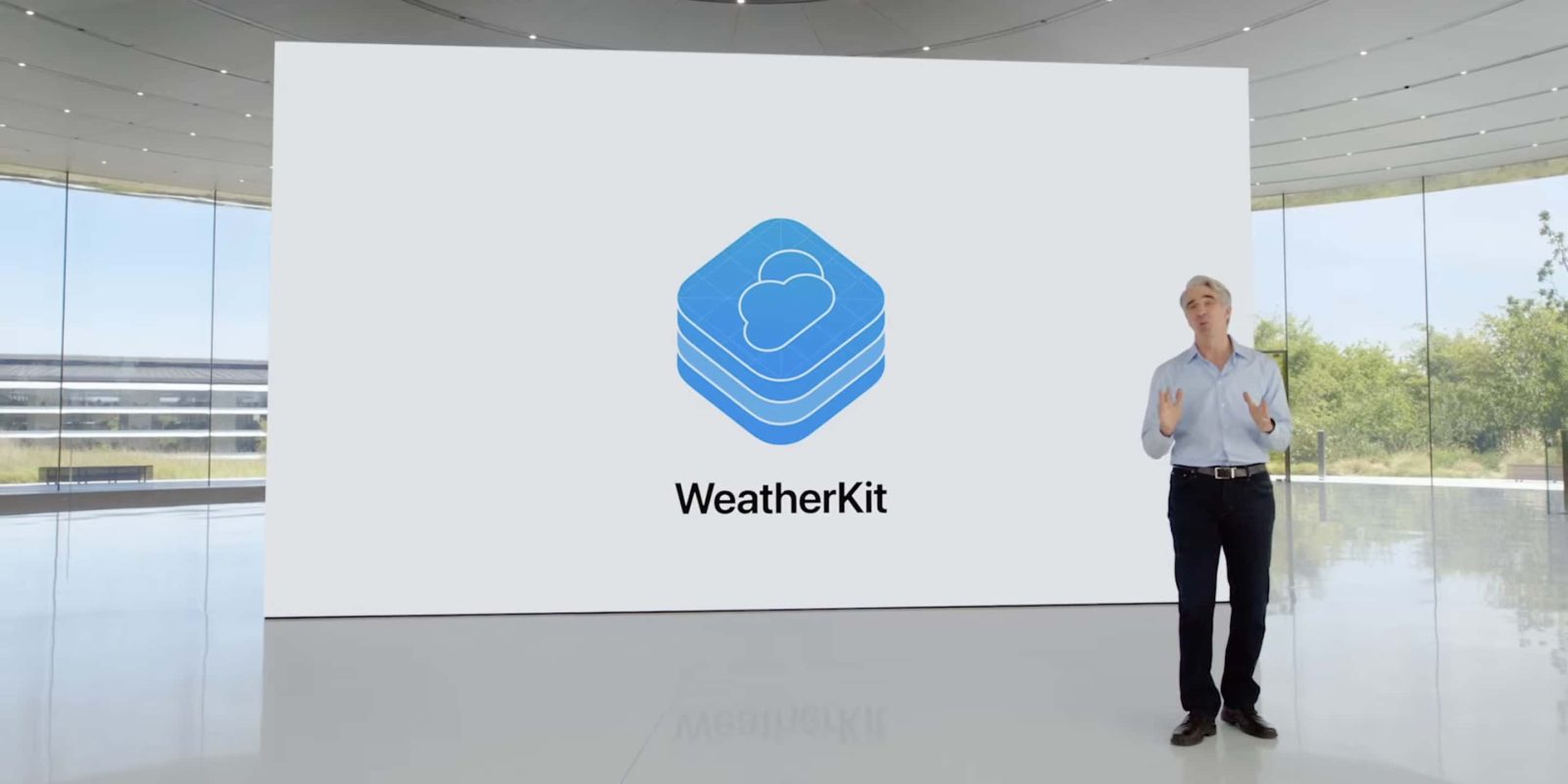 At WWDC 2022 today, Apple finally announced a Weather app for the iPad but, more importantly, a detailed WeatherKit to replace the Dark Sky API that was deprecated for Android in 2020. This new weather service will allow developers to create Android apps that use the same Dark Sky back end as before.

WeatherKit, together with the all-new Apple Weather service, provides apps and services with a wide range of valuable weather data that can help people stay up to date, safe, and prepared.

WeatherKit has four requirements to use, with “Software” being the most pertinent one today:

WeatherKit requires iOS 16, iPadOS 16, macOS 13, tvOS 16, or watchOS 9. REST APIs can be used for websites and other platforms.

Given the availability of REST APIs (Apple developers will be able to use Swift), “other platforms” explicitly covers developers making Android apps using WeatherKit for underlying data, which includes:

…current weather conditions and 10-day hourly forecasts for temperature, precipitation, wind, UV Index, and more. Minute-by-minute precipitation for the next hour and severe weather alerts are available for select regions.

On the privacy front, which is what makes WeatherKit (and Dark Sky previously) so enticing for users on Android and all other platforms, Apple said, “location information is used only to provide weather forecasts, is not associated with any personally identifiable information, and is never tracked between requests.” Location gathering and the privacy of weather apps on non-Apple platforms have been a concern since Dark Sky’s departure.

It is currently in beta, and given the iOS 16, iPadOS 16, macOS 13, tvOS 16, or watchOS 9 requirements, WeatherKit will most likely launch this fall, and hopefully new or updated Android weather apps come soon after.